I Have Trust Issues 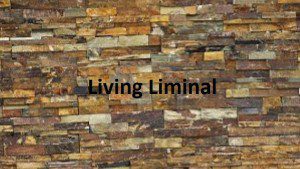 A few weeks ago, a friend asked me about whether I was thinking about finding another church to attend. I hesitated, talked around the question for a bit, and then I was finally able to admit out loud that I have trust issues when it comes to church leadership.

There was a time when I would automatically trust someone because they said they were a christian. That went doubly so for anyone in leadership in a church. Stupidly, naively, I bought into the idea that christians in general, and christian leaders in particular, could be trusted.

As much as I still sometimes feel angry at myself for that stupidity, the fact is that I did believe it.

And I learned the hard way that it wasn’t true.

And in the aftermath of that disillusionment, I have now been able to admit that I have been left with a distrust of church leaders.

I am willing to trust someone if they prove they are trustworthy. But titles, positions and even what people say are no longer enough. If attitudes and actions don’t match up with those things, I’m keeping my distance.

And I won’t go back into a religious system which has proved to be so unsafe. Because it places one man (or woman) in a position of power and authority over their brothers and sisters. And I’ve never yet met anyone who doesn’t eventually let that power go to their heads.

~~~~~~~~~~~~
If this is your first time visiting NLQ please read our Welcome page and our Comment Policy!

April 28, 2015
Not Quoting Quiverfull: The Evangelical Standard of Womanhood is Fundamentally Flawed
Next Post