On Growing Up Duggar

On Growing Up Duggar May 28, 2015 Suzanne Titkemeyer 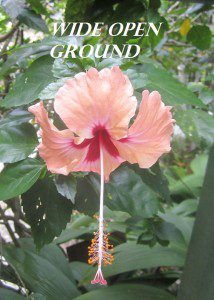 For months, and for years, I have pleaded with the American public to stop glorifying the Duggar family and to get the Duggars off TV. It has pained me, indeed hurt me, to see a family who grew up in the same subculture as I did, make headlines.

I have called 19 kids and Counting, the Duggar’s reality TV show, the Truman Show. Births are filmed and aired on TV. Girls’s virginity are sold to TV advertisers. And the Duggar children never get a taste of the real outside world. In a cult, there is no outside world. Because, in a cult, you are told that everything is more real, more tasteful, and more glorious here, in Christ.

On reality TV, sexism and abuse are glorified, but people are entertained.

The media makes the already-absurd reality show only more absurd and intense, preferring to poke fun at the Duggar kids, without any understanding of what they are going through. Just last week, I wrote an unpublished blog post on Jessa Duggar and Evolution. In this unpublished post, I basically was telling the media to get off her back, that they have no clue what it is like to grow up believing that the Bible is the foundation of all truth and that nonbelievers cannot be trust. Jessa Duggar may be wrong, but she is just that, wrong. Not evil, and not an object for the Americans to mock, just because her dad decided to parade their family on TV.

Everywhere I turn on the internet, the media and viewers never considers what it is really like to grow up Duggar.  The last few days, even as people have begun to connect the dots that the Duggars aren’t all as they appear to be, people have blamed Anna and pointed fingers at Anna, never considering the lack of choices that Anna really had. I wrote a post last year about a girl I use to babysit whose parents married her off, right before she was finally going to break free and attend college. I don’t know if I’ve mentioned this before or not, but I had two homeschool friends married off as minors, and one of my guy friends had a father approach him to marry his 16 year old because he couldn’t afford to feed her anymore (he thankfully said ew and declined). Yet none of these girls felt forced or under privileged to marry because they have been trained that marriage is their God-given duty.

Even Josh’s crime did not happen in a vacuum. The ATI cult grooms young men to devalue women, teaches that all sex is sin, has no concept of consent, and teaches young teens to suppress their sexuality. There is no excuse for Josh’s crime, but Mr. and Mrs. Duggar’s crime is not just overlooking that he molested children. The purity culture/modest doctrine/ATI environment fueled the crime. I recommend this post at Diary of an Autodidact.

Meanwhile, the American people watch the Duggar kids smile and pretend that it is all okay. It has to be okay, for the Duggar kids, because the TV is how they feed their siblings.

As you can imagine, I’m tired and pissed. I’m tired of the show. I’m tired of thinking about it. I want it off the air. I want the American people to shut up their mouths, for once, and stop talking about what the Duggars think about evolution and guns and courtship and hell and evangelism, and even sex.

It’s cruel, it needs to stop.

Two nights ago I started having these flashbacks of my days in ATI. I remember walking the halls of the ALERT academy, a good little girl. I remember the jumpers. I remember the men pushing my freakin chair in at the dinning hall. I still remember the day in the early 90s when I talked to the Duggars, never knowing they would be famous.

May 28, 2015
Quoting Quiverfull: We Are All Just Selfaholics?
Next Post

May 28, 2015 Updating The Duggars - Day 9
Recent Comments
34 Comments | Leave a Comment
Browse Our Archives
get the latest from
No Longer Quivering
Sign up for our newsletter
POPULAR AT PATHEOS Nonreligious
1

Nonreligious
Did Steven and Zsuzsanna Anderson Catfish One of...
No Longer Quivering
TRENDING AT PATHEOS Nonreligious