Living Without the Metanarrative 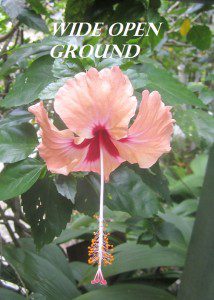 When I left evangelicalism, I got depressed. It was a living nightmare.

After I wrote my post on how the Duggars are not crazy, it hit me head on that I actually left a part of me that was extremely meaningful. Also, the homeschool positive series on Homeschoolers Anonymous made me a bit homesick.

That may come as a shock because I can’t look back and say, “oh, well doctrine of hell is meaningful.” or “save the kiss lessons helped me in relationships.” “Or I learned a lot of social skills as a kid.” rrrrr no. definitely no.

But, but, there was a heroic purpose in fundamentalism.

See, people in the west wake up every day, go to work, and then go home, and then maybe they watch TV, or maybe they don’t. When I meet some high school students, they will say, “oh, I’m going to college so I can get a job and a house.” “And? And what else do you want to get out of college?” I will pry. “To get a job!” They will edge on.

Only to get a job? That’s it? That fog is depressing. What about so we can impact the culture or raise the next president or learn so much we create new dialogues or so we can make meaningful friendships, or just about anything else that might be interesting in college?

When I grew up, I believed that we learn because learning is awesome. And I thought that we could grow up and get the nation behind us.

You might say that’s a bit naive. You also might say that is prideful, or crappy, or whatever else. Personally I just laugh that we homeschoolers ever thought we could take over the world.

But, but, look, we had value and purpose right there.

I can’t tell you how many insane looks I get regularly, all the freakin’ time when I say I’m studying in graduate school for pure pleasure. It’s like madness to some people, and for me, it’s just life.

Also on meaning: Christianity gave a metanarrative to our lives, that is, a story that defines and explains all other reality. Western civilization doesn’t have any. The end of the cultural narrative stopped in the later 1950s, the death of the last “hurrah.” What holds the world together today? What is our glue? What is Truth with a capital T?

Is there even any novel ideas anymore? Because with the Facebook generation, I see that we are bombarded with everything, and yet nothing at the same time. We can’t forget anything because everything is documented, but at the same time, we lack narratives to tell.

We are living with a hangover.

I’ve grown to accept that hangover to a degree. I was naive to believe there was one metanarrative.

But back to the whole why leaving fundamentalism depressed me, most people can’t comprehend what it’s like to grow up with a metanarrative. The cultural metanarrative has been dead for decades now. The fact that Billy Graham could draw crowds day after day in the 1950s? Heck, we don’t have that today, anywhere. I’m not even sure if a pop culture band could draw crowds to the same park 40 days in a row, let alone any form of speech. We live in a world where we are bombarded with 100s of ideas, not one overarching idea.

Yet as a kid I lived with just one narrative.

I grew up reading Christian books, memorizing the Bible, and studying what the Bible said. Nightly conversations were stimulating and intellectual. I had no idea what was going on outside our house. This was just my reality.

And so I’ve  come to see that leaving fundamentalism meant not only losing that metanarrative, and not only met jumping into a culture I could barely swim in, but also, and most importantly, it was like jumping back premodernism. I was a child living under the enlightenment idea that the world was progressing, that history was divine, and that God was unfolding himself into a big hurrah moment when he’d claim back his church. History was a narrative.

Suddenly I stepped into a world where time is history, a world where people are conscious of their fate, working to make the world better, but embracing the illusion that we are going forward.

When I was a fundamental undgrad, I mocked Nietzsche. “See what happens when you don’t  believe in Jesus?” I repeated to myself. Now I see that I was naive and ridiculous. History is not linear. We are reordering the past to bring us to new horizons, but swallowing our own history at the same time. We are going around in circles.

But the reason that is depressing is because we were disillusioned to believe otherwise. I thought the world was progressing (not in a technological sense, but in a sense that God’s elect were growing behind scenes), I thought there was a metanarrative that explained my reality, I thought Jesus was the way the truth and the life, and therefore, nothing else was truth, even if Buddha also said love your neighbor.

Tonight I’m back to my roots in one sense.  I’m here to say that we do need an imagination, and we need to see ourselves as one of Nietzsche’s supermen. Look, I know I have no hegemonic powers. But there is something to be said for the young person in her 20s who dives head first into the waters (NOT LITERALLY, please no broken spinal cords) and innocently believes, “hey, the whole country might back me up?”

I want to see more of this. I want to see people  delving in a world beyond themselves, telling new stories, believing that Truth will be heard.

The point is that what I liked in fundamentalism – believing we could impact the culture – I still love.

And furthermore, what I loved about God, I still love. As a guy name Amos Wilder said, “We need to move beyond the death of God.” That is, we need to cultivate an imagination, because that’s how we cease from growing sick.

So if you are leaving fundamentalism, please don’t become cynical. Find something worth dying over, otherwise you’ve never truly lived.

Lana Hope was homeschooled 1st-12th grade in a small town and rural culture. Involved in ATI, her life growing up was gendered, sheltered, and with a lot of shame and rules in disguise of Biblical principles and character qualities. After college Lana moved to SE Asia and began working with the abused, and upon discovering that the large world is not at all like she had been taught, she finally questioned it all, from Calvinism to the homeschool movement to the foundation of her Christian faith. Today Lana is a Christian Universalist, holds a B.A. in English, and is currently working on a M.A. in philosophy.  She blogs about the struggles she has faced leaving fundamentalism and homeschooling behind and how travel and missions has wrecked her life for good and bad at her blog www.wideopenground.com