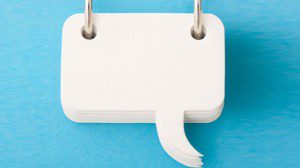 First and greatest rule – Please do not come here and behave like an entitled know it all penis-head. That gets you banned.

One of the main purposes of No Longer Quivering is to provide a safe space for those recovering from abusive theology or leaving a faith community. Part of recovery is having a place to discuss the unique challenges of healing in a supportive environment.

In order to facilitate discussion and keep No Longer Quivering recovery-friendly we do insist that all comments and commenters do not personally attack anyone else. Disagree politely, attack the ideas, not the authors and other commenters. Calling someone names, impugning they are not ‘normal’ or rude words will not be tolerated as they do create a hostile environment.

Patheos has a list of words that will trigger an automatic shunting of the comment into the moderation queue. As a result I would ask you to be be restrained in using vulgarity. My understanding is that it is caused by Google Adsense refusing to pay for any content with what they consider ‘dirty words.’

Proselytizing or saying that Christian equivalent of “F-You” of “I’ll Pray For You” is strictly frowned upon and an immediately bannable offense without warning. So is attempting to fight with anyone over their views on abortion.

“Mansplaining” anything to our largely female readership will also result in a ban. Promotion of violence, death threats to the moderator, putting down of entire groups of people, promotion of criminal behaviors, promotion of groups like the NIFB or
KKK or MGTOW are all now immediate bans along with gay bashing, suggesting a commenter or mod is a Marxist or whatever outdated communist hating term you chose.

Comments that do not conform to this standard will be removed and if the poster continues to post inappropriate commentary they will be banned by IP address.

Attempts to fight with a moderator is an automatic ban.

Racist comments, or commentary that includes violent hate speech against a people group will also be removed and be an automatic ban.

No ‘Come to Jesus’ salvation calls allowed or proselytizing your religion on the comments. It’s very triggering to the many here still in recovery from spiritual abuse at the hands of some well meaning religion or from the people of that religion. If all you are after is to tell someone what scripture says with an eye towards converting someone to your flavor of faith and you have nothing to actually ad to the conversation you will be banned.

Behave like a rude little weasel and you will be banned without mercy.

Screeching out “Fake News” is unacceptable.

If you are coming in on a Russian IP address and do not engage in dialogue but merely copy and paste someone else’s valid comment you will be banned. Why? Because it’s obvious that your only interest is to gain enough positive reputation for when you start posting propaganda from Russia. This is a recent thing that Russian spammers have taken to doing. I will show no mercy for that. Automatic ban by IP, email and name.

Also, posting a comment like ‘So-n-so, Yes’ are automatic bans because this is the newest thing that the Russian troll farms are doing. Please make sure you are adding something to the conversation because you might be banned and deleted in this newest as of December 2018 tactic of the Russians. Don’t think Russians attempted to influence the 2016 presidential elections?  Let me know and I’ll make you a mod long enough for you to see the scads of Russian trolls we must deal with daily at NLQ.

Going off topic isn’t a big deal, not agreeing with the author’s assertions is perfectly fine, asking a fellow commenter to explain themselves or telling them why you think their ideas are wrong are all expected. Most of the time, 99%, the comments are great and the commenters themselves a wonderful thoughtful group. Let’s keep it that way!

Please do not necro up a many years old comment and then have a hissy fit because no one is responding!

Think a commenter has gone too far or have questions about our commenting policy? Email me at Suzanne.calulu(at)gmail(dot)com. Your best bet is to reach out to me through NLQ on Facebook.

If it’s your first time posting your comment(s) may be held in unapproved by moderator status until I have time to look at and approve them. Keep in mind that on the weekends this could mean it may be hours due to life and family, not a plot to keep certain people from posting.

Also occasionally Disqus will quarantine a regular posters comment in the Spam folder. If you post and your comments usually show up but one does not please let me know at Suzanne.calulu@gmail.com and I’ve move the comment to approved.

If you are here because you are a supporter of Steven Anderson of Faithful Word Baptist Church please read our special Anderson policy.

Comments will be occasionally locked on pages where the discussion has veered into a very off-topic and displays willful ignorance that seems to be leading directly to a fight. The moderator will unlock the comments in a few days once peace has been restored. It is important to keep the site recovery friendly.

If you are outraged that we’ve used your writing for our Quoting Quiverfull feature please see this page.