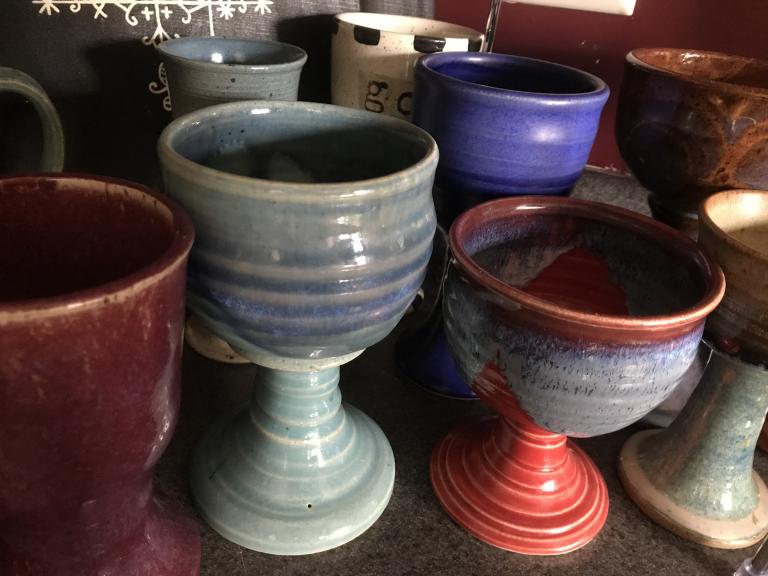 I haven’t been a covenleader for very long. Foxfire was born sometime in September of 2013, when I was still training with my parent coven. I was a second degree in my tradition, and was working with two close friends-turned-covenmates.

It was pretty exploratory in the beginning. They had each only ever done the open circle thing (one of them was actually running an open group), and I hadn’t quite built the confidence required of leadership. We had a great time, though. Being new together is an amazing experience—really different from working with an experienced teacher or learning by yourself out of books. There’s much less pressure to get things right, and that lack of self-consciousness naturally lends itself to the practice of magic. It was one of the most magically productive periods in my life.

After a couple of years, I was elevated, I hived formally with a working partner, and I had my first initiates. Foxfire was officially a Gardnerian coven, and it wasn’t long before we were on outer court, too.

I’m really proud of what we’ve built together, but it’s been really hard. There have been times where I’ve felt like we were going to implode, or I was going to crack and just not want to do it anymore. I’ve also screwed up pretty royally as a high priestess. I’ve hurt some feelings, and I’ve been hurt myself. I’ve had to go backwards and change course and admit to my mistakes. Here’s a little of what I’ve learned over the years:

Give people a chance.

You have to be discerning about who you let in to your group, sure. Foxfire has a very rigorous screening process, and we’ve only had once case of accepting someone who wasn’t already an acquaintance. That’s pretty common in traditional witch covens: we spend time scoping people out in mundane life and expect that you’ll be social with us before we invite you into ritual space. Just like dating, it can be really hard to know how someone will shake out in the long term.

But, ultimately, you can’t know. You think you can, but every high priestess I know has a story about bringing in someone that they regret. It might take ten years, but people change, shit happens, and there are about a billion factors that we just can’t predict from moment to moment. I’ve been disappointed, myself. In the last few years, I’ve learned that bestowing membership on someone is a gift, and an act of trust. I have to give that person the opportunity to do something good with it…or to not. That’s on them. You’re always taking a chance, even when you’ve known someone for years. I’ve been on the fence about people, but I’ve also overwhelmingly been really grateful to have taken that chance. A lot of the time, it’s worth it to give people the opportunity to surprise you.

Don’t try to be anything but a priest/ess to your covenmates.

This was really hard for me, because I’m not the best at boundaries. It’s especially hard after you’ve come to love people. It’s also hard as a newbie group leader, because you want everything to be perfect and to flow smoothly, and that means there’s a temptation to micromanage people and take on too much responsibility for their magical practice and their personal lives. But for the sake of maintaining those healthy boundaries and, by extension, a healthy coven, focus on just beings the HP/S.

Don’t try to be a therapist (please, seriously). Don’t become mom or dad. Don’t pretend to be a life coach.

As a HPS, I don’t even feel like I’m a teacher or a minister. I tell people, “Look. I’m a priestess in this tradition, to these gods. If that’s what you want to be, then watch how I do it. Ask questions when you have them.” That’s very different than the active role I take on as a classroom teacher in my mundane life.

When people bring their personal problems, I try to be supportive and offer the advice of a friend. That’s it. My Wiccan training didn’t cover marriage counseling, diagnosing and treating mental illness, or filling out tax forms. Let people’s life stuff be their life stuff.

If someone isn’t being as diligent as you think they could be in coven stuff, or if their family life is screwed up, or if they’re not treating their depression the way they should be, don’t take that on as a personal project. Let them make their own choices, because that’s what they’re going to do anyway.

But don’t let that be all you are in the rest of your life.

This is the thing that bites most people and destroys groups, just in what I’ve seen over the years. Like being a classroom teacher, being a group leader will suck up your whole life if you let it, especially as the group grows. Someone always needs something, and you’ll always have things you feel like you should be doing. It’s really easy to neglect other parts of your life.

Neglecting other parts of your life will make you a shitty group leader in the long run. If your group meets every week and you’re constantly working on individual projects with your people, but your home life is in ruin, your group will eventually start feeling it. If you’re neglecting your finances, your health, your romantic relationships, your friendships, or your family obligations, your Pagan group will be just as rocked when those things explode.

A coven can never be an escape hatch for the rest of your life. When people start using it as one, the whole group suffers. You can love your covenmates like family, but these relationships very rarely function that way in reality. If you’re a parent, a spouse, an employee, or whatever, those relationships don’t become less important just because you’ve taken on an additional role.

Any competitive athlete will tell you that breaks are important. You need time for your muscles to recover, otherwise you could be seriously injured. As a runner, my workouts are very different when I’m training for a race versus when I’m just trying to maintain. If I went all out all the time, I’d blow out my knees and hips, because non-stop exercise literally destroys bodies. Just look at how young most Olympians and professional football players are when they retire.

Improvement happens over time, and burnout is a real thing. I started dealing with it only a couple of years into being a covenleader, and I had to renegotiate some boundaries. I’m still trying to figure some things out. Probably always will be.

Not circling for a month or two doesn’t mean your coven is dying or that you’re a failure. Life happens and people need breaks. It’s not uncommon for members to go on hiatus for a bit while they deal with family things, health stuff, or whatever. That’s not a sign of weakness or a lack of dedication; it’s part of living a balanced life.

If you expect people to show up to every group meeting and you’re meeting multiple times a month, get ready to be disappointed. If you hold yourself to that kind of standard, get ready to start feeling burnout (mine manifests in the form of irritability, depression, and fatigue).

You don’t have to use witchcraft for everything. You don’t have to employ all-out rituals to connect to the gods. You don’t have to live in lala land to really be practicing magic. No one can survive on fantasy alone. It’s okay to just skip whatever thing the moon is doing that night and watch Netflix, if that’s what you need sometimes.

I always get a little nervous when I meet newcomers and beginners and they openly discuss their ambitions to be group leaders. Not that I want to discourage them, but I do think that often there’s a failure to appreciate just how complex and taxing this kind of responsibility is. Being a high priestess is in many ways the most rewarding part of my Craft life, but it’s also the most draining, the most stressful, and with the least immediate gratification. It’s amazing, but it’s not always fun. It’s challenging, but it often takes all my spoons.

I’m constantly wrestling with this stuff. It’s gotten easier, but I have rhythms to my leadership that took some sussing out. Certain times of year are easier than others. Certain strategies work better with particular people. And sometimes I’m just going to screw up. But I’m a lot happier not holding myself to the intense standards I had when I was only imagining what being a covenleader would look like.

August 10, 2017
Going Through the Motions: Bodies in Worship
Next Post 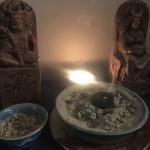 March 11, 2018 Tiny Revelations in Magical Practice
Recent Comments
0 | Leave a Comment
Browse Our Archives
get the latest from
Oathbound
Sign up for our newsletter
POPULAR AT PATHEOS Pagan
1