Oregon faith healing parents on trial for death of daughter

Travis and Wenona Rossiter are accused of first-degree and second-degree manslaughter for the death of their daughter, Syble Rossiter.

According to prosecutors, the girl’s parents, Travis and Wenona Rossiter, withheld “necessary and adequate” medical attention from the 12-year-old girl, choosing prayer over modern medicine, with tragic consequence.

Their daughter, Syble Ann Marie Rossiter, died in February, 2013, at the family home in Albany, Oregon. The Medical Examiner reports the girl died from complications of Type 1 diabetes, a treatable medical condition.

Previously the Rossiters tried to exclude evidence of their faith healing religious beliefs and practices during their trial; however, that motion was denied.

In court last week, Deputy District Attorney Keith Stein said on the day of her death, Syble Rossiter was extremely thirsty and dehydrated, vomited and urinated out everything she took into her system, and was so weak she couldn’t stand. Her parents even bought her adult diapers to wear.

“And yet her parents did not seek medical care,” Stein said.

“The cure was like that,” Stein said, snapping his fingers.

“This is a situation where she could have been saved quite easily by insulin and re-hydration,” he added.

Travis and Wenona Rossiter belong to the Church of the First Born. The church rejects modern medicine, believing that those who are sick should be prayed over and anointed with oil. The church teaches that if someone goes to a doctor for medical care, they are going against God. The church justifies their teaching with the Biblical verse James 5:14:

Is anyone among you sick? Let them call the elders of the church to pray over them and anoint them with oil in the name of the Lord.

In interviews with detectives, the parents said that, based on their beliefs, they wouldn’t have done anything different.

Travis Rossiter told a detective if his daughter had asked to go to a hospital, he would have tried to talk her out of it.

He also told a detective that doctors are for people who don’t believe strongly enough in God.

The trial is scheduled to continue through Nov. 14. 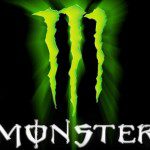