The Tragedy Behind My Teaching Position

The Tragedy Behind My Teaching Position June 17, 2021 Linda LaScola

Editor’s Note: I read this with amazement and great interest, and think you will too. With amazement, because I somehow always figured that such a fine scholar as Bart Ehrman would not have chance, not to mention tragedy, as major factors in his academic success. With great interest, because he is such an expressive writer and because it made me think about how so much of life is an accident – even life itself.  In terms of career issues, it probably is safe to say that every member of The Clergy Project experienced a tragedy – or at least a tough time – on their way out of religious life. /Linda LaScola, Editor

A few weeks ago I mentioned how the first teaching position I received was a matter of pure serendipity, and tragedy.  I had been in the job market for a couple of years, couldn’t get a nibble for a job, and out of the blue one opened up: a professor of New Testament at Rutgers, just a half hour from Princeton where I was still finishing my PhD, had to take an emergency leave of absence because her husband was dying of cancer.  I was nearby, I was looking for a position, and they gave me an emergency appointment – I started teaching *her* classes, using her syllabi, and her textbooks, and so on, half way through the semester, right after the midterm.  That wasn’t easy, but oh boy was I glad to get something.  She ended up retiring, and I had one-year appointments at Rutgers for the next four years, as I continued, to no avail, trying to find a permanent position, anywhere in the country.

In 1988 I ended up getting a job that was far beyond anything I could have imagined, this position I’m now in at Chapel Hill.  It too was a matter of serendipity and tragedy, arguably far greater tragedy.   It’s pretty heart-rending and I’ve never fully gotten over it or come to peace with it, even though it had nothing to do with me.  Still, my unbelievable good fortune was because of someone else’s awful calamity. 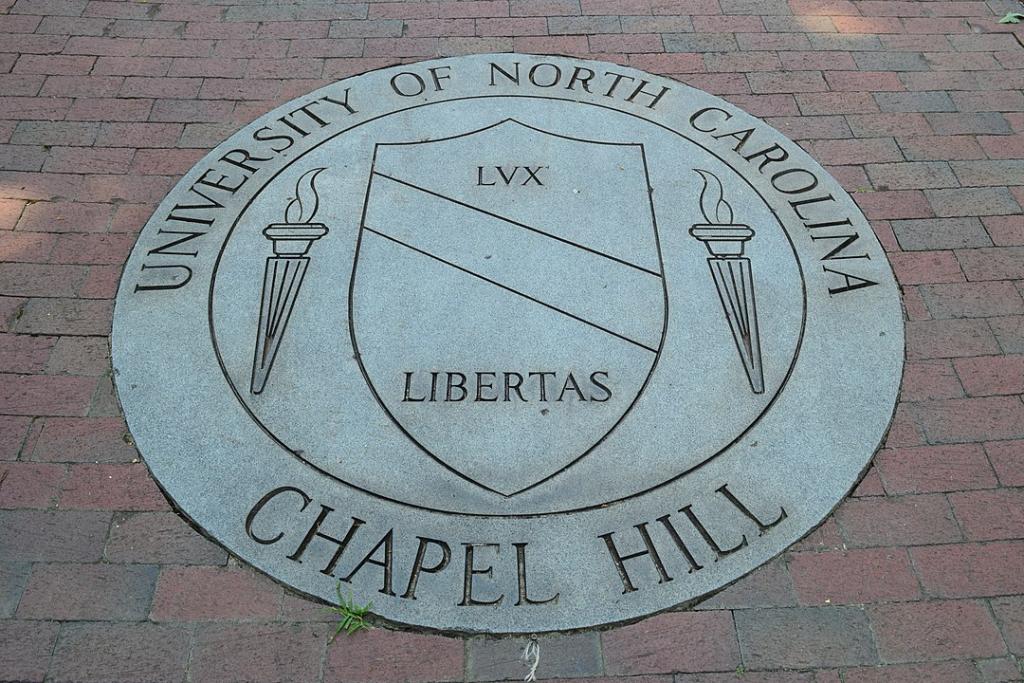 UNC Chapel Hill had the reputation for having one of the strongest Departments of Religious Studies in the country.  It was one of the first state universities to ever have an undergraduate department in that field (we claim to be the first; so do a couple of other places), starting in 1946.  By the mid 1980, in addition to having a very strong undergraduate program, they had had a Master’s program for about ten years.  A few years before the NT position that I now have opened up, they had been granted permission to start a PhD program and for two years had had PhD students in the program.

Let me say that every prospective professor in the country who has any drive and ambition at all wants to teach in a PhD program.  There aren’t that many of them in religious studies, and the universities that have them are considered elite.  Teaching PhD students is thought of as the best of all possible worlds.  (Whether it is or not depends on where you teach!).  I had had so little luck finding any position of any kind – I literally was exploring career options outside of academia, despite having no training or even much education in anything else – that the idea of landing a job at a PhD-granting institution was literally beyond what I was imagining.

The reason this particular position was available is heart-rending.   One of the stars of the department was a scholar of the New Testament named John Schütz.   He was on the cutting edge of biblical research, and was one of the pioneers in the move to redirect New Testament studies away from a theological examination of the text (for ministers and believers) to trying to understand the social history of early Christianity, of interest to all sorts of scholars in the humanities: classics, history, literature, and so on.  It was not a confessional enterprise but a study in social sciences and humanities.

John was one extraordinarily smart fellow and just about the nicest human being on the planet.  As a graduate student, I had heard him read a paper at a conference a couple of years before, and saw how incredibly gracious and kind he was, even in that context (professional conferences almost never involve the terms gracious and kind; more like arrogant and cutthroat – even in biblical studies); moreover, his paper was WAY over my head.  I had no clue what he was talking about in a field I thought I was becoming an expert in.  I was both overwhelmed and impressed.

John was at the prime of his career: in his mid-50s and well known in the field.  He had been the chair of the department at Chapel Hill who had been responsible for developing the PhD program.  To get one at a state university involves red tape that defies belief; the proposal is worked on for years and then has to go through your college, the university, the board of trustees, the board of governors, the state legislature, and so far as I know the United Nations and the heavenly chorus of saints.  But John helped conceptualize it (showing why it would be both different from others on offer in the South and much needed in NC), developed it, proposed it, explained it, defended it, and got it passed through.

The first semester of the PhD program — I suppose this was fall 1985 – John was teaching a PhD seminar.  It was obviously his first.   He lived near campus.   In the middle of the term, after a class one day, he was riding his bicycle home.   He apparently hit a patch of wet leaves.  The bike went out from under him.  He hit his head.  He was wearing a helmet.  But he sustained a very bad injury anyway.

The next few days were touch and go.  He had considerable swelling of the brain, and they had to go in to reduce it.  The result of the operation:  he lost his short-term memory.  (Not just the short term of what I did five seconds ago, but the short term of, what was I doing an hour ago and I don’t know how to get home from here.)

The department waited a year to see if there was any hope for recovery.  It turned out there was not.  John could remember things in the distant past – his time in his PhD program at Yale, for example, much of the research he had done on the social history of the Pauline community, etc.   But he couldn’t possibly teach because he couldn’t remember what he had done the day before or … most of things relevant for teaching a class.

He had to take disability retirement.  The relatively good news: he ended up living for another twenty years.  His memory was shot, but he was so unbelievably articulate that he could cover up the fact that he really didn’t know what the subject of the conversation was so that most people never noticed.  And he was the most gracious, complimentary person I’d ever known.

They advertised for someone to take his position in 1987; they called it a position in “Ancient Mediterranean Religions” (I nearly didn’t apply because I didn’t know what that meant!).  They wanted someone who could teach Greco-Roman Religions, Christianity of the first four centuries, and the New Testament.  That’s how John had imagined the program: it was not to focus on interpretation of the New Testament per se (i.e., exegesis), but was a program that, when it taught early Christianity, did not separate the canonical writings as a special category separate from all the other early Christian writings.  More than that, it understood Christianity as *one* of the religions of the Roman world, that had to be studied in relation to the other Roman religions, including, but not only, Judaism.

I didn’t think I was up to that task, but I applied and ended up getting the job anyway.  I got to know John when I arrived.  He was a marvelous human being.  And I felt deeply ambivalent about getting the position.  I got it only because of someone else’s incredible misfortune.  I still have those feelings of uncertainty.  It doesn’t seem right.  In fact, it’s not right.  Yes, it’s how the world works, but still, I still have a sense of guilt (even though I have no culpability) and I wish the terrible events that led to my appointment had never happened.  But I also have incredible gratitude for being offered such a fantastic position.  It’s a very strange set of emotions that has never gone away and I suppose never will.

**Editor’s Question** What accidents, unforeseen events or tragedies have had a profound effect on your career?

Ehrman is the James A. Gray Distinguished Professor at the University of North Carolina at Chapel Hill. He came to UNC in 1988, after four years of teaching at Rutgers University. At UNC he has served as both the Director of Graduate Studies and the Chair of the Department of Religious Studies.