This morning I got a call from self-professed Bible scholar pushing what he called a Mythbuster series: except that instead of busting the myth, he’s promoting one he believes in. I know, that doesn’t make any sense. I don’t think he’s paid any royalties on using the Mythbuster name either, but that’s what he calls it.

He said he had arguments that would render atheism without foundation, or some such claim as that. He wanted to have a video chat, and I thought would be fun. Sadly, it didn’t happen. He couldn’t get on. He kept getting that 403 error message even after rebooting. I don’t know which browsers he tried. But he kept calling me back on a messaging system that I never use and could only answer on my phone. So there is no recording of it, and even if there was, the audio was pretty garbled due to the drain of bandwidth of the program he was using over a wireless mobile. Much the pity, because it was a fun call, and I know my audience would have enjoyed it.

He opened by asking how long I had been an atheist antitheist activist, and I said “twenty years–as a concentrated effort”. And he said it was about time that I learned what the Bible really said. Can you believe the arrogance of that statement? This is why I’m so upset that I couldn’t record that call. I spent the next hour telling him what the Bible said, and the best response I got from him was that he would have to go back and check on the things I was telling him. 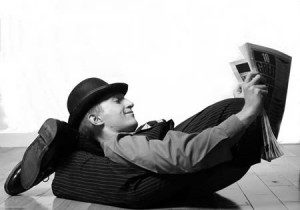 We talked about a number of prophesies that had clearly failed, irreconcilable contradictions, elements that were demonstrably lifted, adapted and altered from earlier accounts of people who actually existed previously, and Biblical explanations of things that were obviously embarrassingly wrong–like the firmament and all that. Then I explained that what mattered most wasn’t just that the Bible got everything wrong, but that it didn’t get anything right; that there’s not one word of discernible truth to it. Nor logical sense either, but we didn’t get that far. I explained how you have to be some kind of cognitive contortionist to rationalize how any interpretation could still be true in some illusory figurative sense while being absolutely wrong in every other sense.

Amusingly, his Mythbuster series refers to a book he wrote or is writing which is supposed to prove that the Bible can’t be based on the elder mythology that all the other Bible scholars say that it is–because they’re now telling different stories. I pointed out that that’s right: that the originally polytheist folklore was written by the grandfathers of the Bible authors a thousand years or so before the version of Genesis that he knows was brought out of Babylon by Ezra around 450BCE. I went through some of these elder tales and explained how these were obviously meant to be metaphorical but that we can’t be sure anymore what these metaphors were supposed to represent back then. I explained how they were contrived and combined into the disjointed compilation that he’s familiar with, and how the metaphorical interpretation of a couple thousand years ago is not the same as the original interpretation, nor of the new interpretations Christians have today. Though sadly there wasn’t time to get into detail before he had to go.

The thing is, not only that he bragged about being a Bible scholar, when he doesn’t know what the Bible says and he doesn’t agree with the real scholars either. Not only did he confidently tell me that it was time for me to learn from him what the Bible said, only for me to explain that to him for the next hour. But that he purports to have written a book proving that the Bible can’t have been based on Mesopotamian mythos and adaptations from the legends neighboring religions–yet he didn’t know what any of these earlier myths even are! I had to be the one to tell him some of these stories, because he admitted that he didn’t know anything about them!

Because–and this is the best part of all–he said that he assumed that the Bible was truly inspired and that the older versions he never read were somehow (impossibly) prior forgeries of the new edition because–he reads the Bible without any bias.

Of course I explained to him that the only way he could read the Bible the way does, or come to the conclusions about that he did, or claim any of the things he said to me was if he was completely biased all the way through.

If he ever calls back and I can troubleshoot his Google+ issues and do a hangout properly, we probably won’t cover this same ground again, obviously. Which is why it is such a shame that it wasn’t recorded. 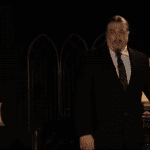 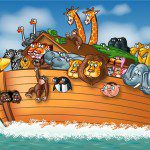 March 18, 2017 How Various Studies Disprove Noah's Flood
Recent Comments
0 | Leave a Comment
"Great article! Very rational."
Christopher Harper Debate: Is Christianity dangerous?
""No one despairs the mercy from his Lord except the people who are lost."so basically ..."
ichthyic An Infidel Reads Sūrah 28
"And what's your proof that no philosopher is against impractically reducing reality into gibberish? What's ..."
Héctor Herrera Philisophical empiricism vs metaphysical solipsism
"" If you’re going to re-make or revise a classic, at least try to make ..."
ichthyic An Infidel Reads Sūrah 17
Browse Our Archives
get the latest from
RA
Sign up for our newsletter
POPULAR AT PATHEOS Nonreligious
1 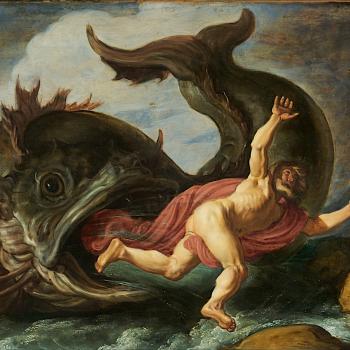