Christians’ overwhelming desire to disapprove of human progress has finally outweighed your desire to do the stuff your Savior actually explicitly commanded you to do. You’ve finally shown your true colors. I mean, back when Catholics stopped offering adoption services at all rather than offer needy children homes with (GASP!) gay families for Reasons of Ickie, we sighed and shook our heads, but most of the Christians we knew told us that this group wasn’t like all Christians, they aren’t all like that, don’t judge them by those bigoted nasty kiddy-diddling Catholics. But now, you are in the same fail train with the Catholics, and when faced with the dilemma of “being in line with your Savior’s command to love your neighbor as yourself” (Mark 12:31) and “feed the hungry and clothe the naked” (Mark 25:37-38) as he commanded, and the sudden sharp realization that you couldn’t do that and show disapproval of gay people at the same time, why, you pulled chocks and decided to go with disapproving.

Congratulations. You’ve finally shown us what really matters to you.

Oh, I mean we already suspected it, back when we saw how much more important it was for you to lie your asses off to get religion taught in science classrooms than to follow your own Bible and not lie. And we certainly had our ideas about what was really going on when you threatened to rape a teenaged girl who spoke out against religious overreach in classrooms rather than showing her any kind of real love or grace. When it became glaringly obvious that what you viewed as “religious freedom” really meant “the legal means to oppress and dominate others against their consent and force them to live a particular way to make you feel more comfy in your bubble,” we saw that, but we weren’t totally sure if you saw it too. Nor did we know just how aware you were that your “religious freedom” looked an awful lot like the demands of a spoiled child to win at a board game he was losing. I mean, there was some question there about just how much you realized that your “sincerely held religious beliefs” were just political pawns that had been created, manipulated, fine-tuned, and ultimately deployed by very powerful people to (re)gain power and control over their areas, but ultimately, you had plausible deniability there.

Congratulations. You’ve finally revealed in your out-loud voices what your repulsive and revolting religion is really all about: treating the marginalized like subhumans who don’t deserve basic human courtesies or considerations. You’ve been hemming and hawing about it for a long time now, but now, finally, you’ve come clean, and I for one appreciate your clarification.

Nowhere in your charter do you even seem to care what sexual orientation anybody is, and really, does it matter when someone needs help or can give help? No, it doesn’t, or at least it shouldn’t. But at last you’ve said what everybody already assumed: that, like so many of your peers, you are just as bigoted and nasty as any redneck flying a rebel flag and pissing-Calvin decal on his Ford duellie pickup truck, and that when confronted with the disconnect between showing disapproval and keeping up this pretense of Christian love, you chose to show disapproval.

It must feel good to get the air cleared.

And now you can get on with the serious work of treating marginalized people like subhumans. Gay people are so ickie to you that you can’t even employ them. You can’t even tolerate them touching money that will help poor people. You can’t even be around them. Jesus is supposed to have eaten with tax collectors and to have spoken more highly of prostitutes than of his more “moral” followers, but nice clean gay people? No way, you’re just not that kind of folks. Can’t be having that kind of grace, now can we?

Oh, you gave it the good college try, meaning (as the aforementioned Calvin’s dad once correctly put it) you ordered a pizza, cracked open a cold beer, and forgot about tomorrow. You tryyyyyyyyyyyyyyyyyed to be all progressive, but when your bigoted peers flipped out, instead of holding firm and telling them, correctly, that Jesus never is supposed to have said a single dong-dingle word about gay people, not even once, though he sure did talk about helping poor people a lot, and that they needed to get over their bigoted selves and join the modern age, you backed down. I can kinda see why, though; alienate too many of these Good Loving TRUE CHRISTIANS™ with their Big Ole Jesus Smiles, and you’d quickly discover how little money you had to do your actual charity work. I can see why you chose to go back to bigotry instead; at least then you’d still get money from these bigots. Can’t risk offending ’em too much, can we? Because money is the most important thing of all, far more important than doing the right thing and showing actual love to people and caring more about hungry children than about what someone does with his or her genitals in their off time or what gender an employee’s legal spouse is.

Did you apologize to the gay people who now feel like you’ve kicked them in the nads? No, your apology went to the butthurt bigots themselves. You apologized, all right–but to the people who were just as nasty, evil, and bigoted as you were. You chose your bedmates, and you did so very explicitly. You chose the bigoted tribe over the people your Savior told you needed your love the most–the people you disapprove of. Well, enjoy them. Party with them on the fail train all the way to Irrelevant-ville. You’re welcome to them.

I’m so disgusted I barely know what to say, except this:

Congratulations on finally showing us what Christianity is really all about: disapproving of people you don’t like and treating them as badly as you can get away with.

* Secular charities, in case you want to send money to organizations that stand somewhat less for coldhearted bigotry (disclaimer: I donate to one of these, Doctors Without Borders–and they’re doing a lot to help with that Ebola outbreak going on right now, so think about it, okay?).

* Wonkette is just as pissed as I am.

* Rachel Held Evans, who just now realized how much evangelicals fucking HATE gay people. I’m a little surprised it took her this long to figure that out, but honestly, her religion does not deserve someone like her anyway.

* A gay Christian speaks about how the World Vision decision affected him. Ditto for him–he’s too good for that pack of cretins.

* A call to stop letting fundies call themselves Christians. Oh, don’t we all wish.. 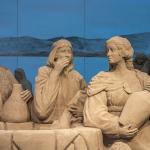 March 29, 2014
When God Isn't That Great: The Urban Legend Bugaloo
Next Post 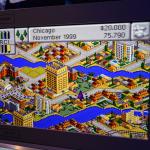 An Evangelical Site Tries Hard to...
Roll to Disbelieve

Nonreligious
How (and Why) Evangelicals Blow Their Witness With...
Roll to Disbelieve
TRENDING AT PATHEOS Nonreligious