How NOT to Deal With Cognitive Dissonance

How NOT to Deal With Cognitive Dissonance February 10, 2021 Captain Cassidy

Hi and welcome back! Recently, we talked about cognitive dissonance. That’s the unpleasant emotional state we get into when we get close to realizing we hold two contradictory beliefs. Christianity induces a lot of cognitive dissonance in its believers, and they’ve evolved a number of ways of dealing with it — none of them constructive. Today, let me show you how not to deal with cognitive dissonance.

(I selected today’s OP because it’s so common in Christianity. I’m not singling this Christian out, but rather pointing out just how common this problem is in their ranks — and you can really tell it is by the responses the other Christians gave! I wish the OP nothing but the best as they resolve their cognitive dissonance.)

First off, we can obviously change the behaviors that flow from the contradictory beliefs. That’ll resolve the tension immediately. If a behavior of ours contradicts one of our beliefs, then we just change the behavior so that what we do is more harmonious with what we believe. It’s simple, though not always easy. People who buy into authoritarian beliefs have already bought into a package endorsing hypocrisy at all levels of their lives, so they’ll be very balky about changing any of their behaviors.

Second, we can acquire new information that will relieve the tension. Obviously, for this strategy to be successful, the new info acquired must be accurate and true. If it is, then it’ll have the effect of changing one or both of the tension-causing beliefs. If it’s not, though, then we’re not dealing constructively with cognitive dissonance. At that point, we’re just adding another contradiction to the mix that will eventually cause a big problem — we’re just borrowing trouble, writing future-dated checks we can’t actually cover, etc.

Third, we can change the importance of one or both beliefs. Imagine a Christian believing that literalism is an absolutely essential part of Christianity, while also believing that it’s important to hold only truth-based beliefs. A lot of Christians hold both of these beliefs together, and these Christians get bombarded by contradictions 24/7 from reality. To constructively resolve their cognitive dissonance, they could decide that maybe literalism isn’t the only way to Jesus after all.

In general, a constructive way to deal with cognitive dissonance will lead us into a place of greater congruence with reality, better emotional and physical health overall, and behavior that’s more consistent with our beliefs. When we’re done, we should end up with beliefs that are less contradictory.

Now let’s see how Christians deal with their own cognitive dissonance.

Yesterday, I saw this post on the subreddit r/TrueChristian. In it, a Christian holds these two beliefs:

But our world offers zero support for this god’s existence. The second belief contradicts the first.

Here’s how this Christian deals with the ensuing cognitive dissonance:

It’s hard being a Christian. I was reading the new testament today, and I had these evil spirits in my brain telling me, that “Jesus isnt real, and nothing is real in the Bible”. But, in my heart, I knew Jesus Christ is real, and I know he is the Lord and Savior.. In my opinion, I think the heart is more powerful than the brain. Jesus is in my heart and brain. I talked to Jesus to get these evil spirits out of my brain and by the power of God, he’s helping me. [. . .] But, I tell you, it will be worth it in the end. When I die, I will not be having these evil thoughts anymore but, I’ll be with the Lord and savior in the Kingdom of God. I will fight these evil spirits with the power of God..

That’s a common reaction in many flavors of Christianity. When cognitive dissonance strikes many Christians, they reach for the worst ways possible to maintain their contradictory beliefs:

In essence, many Christians try to resolve their cognitive dissonance through threats, trying to ignore it, and demonizing the evidence presented by reality.

None of the archives I tried captured all of the responses from the original post. They’re definitely worth checking out if this topic interests you. The Christians there offered a number of suggestions that will all, I guarantee you, fail to constructively resolve the concerns of the Original Poster (OP).

Fasting: A number suggested fasting as the solution to cognitive dissonance. One Christian in that thread even calls fasting “a superweapon.” Fasting means voluntarily abstaining from food for a while. It has an enormous impact on the faster’s cognitive abilities and it weakens critical-thinking skills, as do most forms of deprivation. That’s why cult leaders reach for this control tactic so often. So Christians lean hard on fasting as a way to induce belief in false claims. But I don’t think it works as well as they think it does. If it really was “a superweapon,” they wouldn’t need to be reminded to use it all the time or lectured about not using it nearly often enough.

More prayer: If this Christian’s current amount of praying fails to resolve their cognitive dissonance, then obviously more prayer will do the trick. Right? It’s amazing how often ex-Christians get told to pray to rediscover belief again. Christians suggest prayer so often because that’s what their Dear Leaders tell them to do to resolve doubts.

Inundation with Christian media: More than a few Christians suggested the OP drown out doubts by watching tons of Christian television, reading the Bible lots and lots, and memorizing Bible verses to repeat at times of need.

Find pseudoscience that agrees with the first belief and shoehorns the second into place: Yes, someone in the thread suggested the OP “do some Biblical research and argue with your brain until it shuts up.” That one’s hilarious suggestion was an 18th-century book written by Isaac Newton. Really, nothing screams real-world “research” like a book written over three centuries ago!

(Only one person suggested a doctor’s visit to rule out potential medical or psychological issues.)

Why None of That’s Constructive.

All these suggestions can do is help the OP struggle along with these two contradictory beliefs for a little while longer. They do not resolve the two beliefs or harmonize them in any kind of constructive way. All they can do is bring them into an uneasy equilibrium for a while.

When the OP is finished fasting, praying, thought stopping, and researching pseudoscience, they’ll still be left with those two essential contradictions. Reality will still constantly and consistently contradict the idea of a meddlesome, involved, personal god. The precarious harmonization they achieve through extreme effort is always at risk of dissolving all over again.

Worse still, the Christian feeling this tension will need to mount that huge defense every single time reality overwhelms their beliefs. But reality is always ongoing, always happening, always doing what it does all the time. There’ll never be a point where it stops contradicting Christian beliefs.

Reality is that which, when you stop believing in it, doesn’t go away.

Where We Live and Make Our Homes.

When we’re in harmony with reality, our actions and beliefs flow from that which is true and real. We can choose stuff that’s good for us, because “good for us” represents a real state of being we can actually achieve and not just a longed-for ideal.

Cognitive dissonance is a gift, then, in its way. It tells us that we’re not quite living in reality — which gives us the opportunity to move closer to that state.

And while we inhabit reality and assemble our worldviews and ideologies from real-world facts, we’re in a position to change as needed with new information, to accurately judge the claims we encounter, and discard stuff takes us further away from reality.

Inhabiting reality means that our beliefs have much less chance of inducing the tension of cognitive dissonance. Admitting any untrue idea to our beliefs makes it much easier for us to move away from reality and much harder for us to accurately weigh new claims and make changes that are good for us.

Ultimately, reality is where we live and make our homes. When we try to live somewhere else, we run into trouble. These Christians don’t live there yet. But I hope they find their way there soon. The tension they live with is, I can tell them from experience, mind-bending and crushing.

Eventually, the tension of cognitive dissonance gets so bad that something must give. Hopefully, it’ll be the untrue beliefs.

NEXT UP: We continue to examine how Christians deal with cognitive dissonance — this time, regarding prayer. 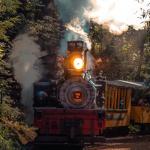 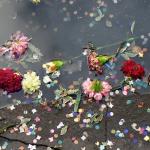 February 11, 2021 Cognitive Dissonance: Christian Prayer Edition
Recent Comments
0 | Leave a Comment
Browse Our Archives
get the latest from
Roll to Disbelieve
Sign up for our newsletter
POPULAR AT PATHEOS Nonreligious
1 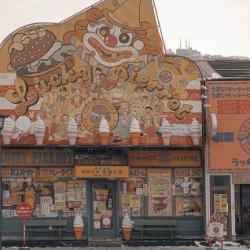