The End of the Road — For Now

Hi and welcome back! Today’s one heck of a special day for Roll to Disbelieve. It’s our last day at Patheos. On this special occasion, let’s look back at the entire reason why I created this blog in the first place.

In the 1982 movie Conan the Barbarian, a warlord asks his fellow men “What is best in life?” One of his men gives him the wrong answer. Conan does too, but he doesn’t realize his error — not yet.

At this point in the movie, Conan is a pit-fighting slave. All he’s ever known is harshness and combat, blood and death. His win at someone else’s expense.

After a long journey of self-discovery — which includes being snatched from the jaws of death itself and losing his beloved — he starts realizing what actually is best in life.

We get a hint of this growth in a short prayer he utters much later in the movie:

Conan: [1:48:43] Crom, I have never prayed to you before. I have no tongue for it. No one, not even you, will remember if we were good men or bad. Why we fought, or why we died. All that matters is that two stood against many. That’s what’s important! Valor pleases you, Crom… so grant me one request. Grant me revenge! And if you do not listen, then to HELL with you! [Source]

See how that works? While living under tight control, our focus necessarily tightens accordingly. Once we get free, we can start critically examining those old survival beliefs and habits — and discard the ones that aren’t true and don’t actually work as promised.

Belief in Crom had fueled Conan’s early life and helped him survive. But now, he needs to do things for himself and not rely on gods to make anything easier.

What Matters the Most.

A while ago, I heard something that really caught my attention:

In fifty years, every human being alive will have forgotten what it feels like to hear our voices in person. The feel of those vibrations upon the air currents will be lost forever. They won’t even be memories except to the very oldest people, and even then the feel will be long forgotten.

The stuff we’ve accumulated, even the most precious of it, will mostly just be annoying clutter that mean nothing to our heirs. It’ll mostly be stuff they need to rehome — hopefully with sensitivity and tact. But maybe not.

Even any money we can leave to our heirs will be spent quickly enough, unless we were lucky enough to earn or come into life-changing amounts of it and they use it wisely.

And not one single bit of evidence supports any notion of an afterlife, so we can’t count on that either to give us a cosmic do-over. If we waste our years on this good dark earth, that time is gone forever.

Rather, what matters most is the legacy we leave behind. It’s how we’re remembered and what we learned and shared with others. It’s what we’ve built that lasts and makes a positive difference.

What Means the Most.

Around here, we’ve seen authoritarian Christians claim many times that without an afterlife, our lives on Earth are meaningless.

I disagree with everything in me. In truth, the meaningfulness scale runs in the opposite direction.

When one is a kabillionaire, one dollar means nothing. Less than nothing. Even in aggregates of thousands, such sums mean nothing.

When one has only 50 dollars, though, one single dollar means quite a lot.

It is the exact, precise, precarious nature of the human situation — our ephemeral and only lifetimes — that gives meaning to our existence. And it gives meaning exactly and precisely because it’s so finite and so unpredictable.

Anyone saying anything different is taking weapons-grade copium — and needs you to take it too, or else it stops helping.

In this blog’s first year of life, I defined humanity’s true enemy — though I didn’t have the words for it quite yet.

That enemy is authoritarianism.

Theists can be authoritarians, but so can atheists and nontheists and antitheists. Deconversion doesn’t render someone immune to authoritarian impulses, nor cure any other toxic traits.

That’s why I soon identified extremist, right-wing Christian flavors as window-dressing for authoritarian desires — and began to unpack exactly why we see nothing but nonstop scandals and offenses out of those flavors, while gentler and more humane ones seem to inflict so much less suffering on others.

I have delighted in holding authoritarians in the palm of my hand, watching them wriggle while I shined light on their reasoning and behavior. This analysis has been well worth the expenditure of big chunks of my finite lifetime.

The Time We Have is Now.

Humanity trembles at a very key precipice right now, as we start to recognize this enemy and organize resistance to its armies. As those toxic flavors of religion continue to lose their cultural power (and they are, without a doubt), their leaders and more fervent foot-soldiers will begin to act out in worse and worse ways to regain their sense of control.

This blog identifies those toxic elements, describes them, and stands against them.

Wherever we go, whatever we do, we have the tools we need to stand against cruelty, oppression, bigotry, willful ignorance, and opportunistic lies, and to see authoritarianism for what it is, call it out, and reject its demands.

Out of every other thing I have ever done with my life, this blog and the community that organized around it will always be the thing I look back on with the most pride and joy. It brings happy, grateful tears to my eyes to know how many of you have decided to travel with me along this long road.

And this journey is not ending. Perhaps it never will. Nothing we remember with love can ever truly die.

Thank You. All Thanks.

Most of all, I have never forgotten that you’ve chosen to spend a part of your finite lifetime here.

Thank you for being here.

From the lurkers to the drive-bys to the old-timers from my ex-Christian forum days: thank you. In all your myriad ways, you have helped to build this vibrant, funny, supportive, beautiful community and have helped to make it what it is.

Oh, I’ll pop up somewhere else soon enough. Never ye fear! Indeed, I’m old enough that I’m feeling that there’s way shorter of a road ahead of me than behind. I feel that urgency in my bones. There’s still so much to do. So much to learn. So much to share.

SOON: To infinity and beyond!

Thank you, Patheos, for hosting us all these years. 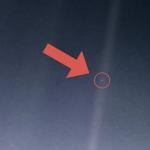 December 14, 2021
Recent Comments
0 | Leave a Comment
Browse Our Archives
get the latest from
Nonreligious
Sign up for our newsletter
POPULAR AT PATHEOS Nonreligious
1