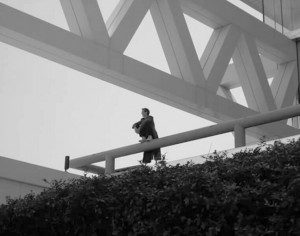 The question was asked by Buzz, one of my regular passengers when I was a taxi driver (the job I took after I left the ministry because it was all I could find). Buzz was a scientist. He designed pacemakers and artificial heart valves. I would pick him up at his house and take him to the train station in the pre-dawn mornings. He was usually my last run after a full night of driving.

We rode in silence the rest of the trip. He paid his usual fare and tip and looked into my eyes. “Seriously, man. I’m worried about you. Get some sleep.”

I thanked him, fueled up my taxi and brought it to the terminal. I did my paperwork, paid my lease and drove home. I drank some coffee on my balcony and stared at the rising sun blankly. I then drove the next town over as I did every Thursday morning to see my therapist.

I sat in the deep leather chair and she looked at me. She asked me how I was and we sat in silence for what seemed and eternity. I opened my mouth to speak and I stopped to bite my lower lip and bowed my head.

“I’ve barely slept in four days. I keep having these uncontrollable crying jags and I keep thinking about killing myself. I don’t want to die, but the thoughts won’t go away. I don’t know what to do.” I remember being very calm as I said this.

We talked. We had been talking for about a year at this point. When I lost the ability to pay for insurance she gave me a greatly discounted rate. I was appreciative of this. Deeply appreciative. Everything felt so big and I felt so lost.

In less than two years I went from a 4 bedroom house on a corner lot and a minister to freshly divorced taxi driver who could not afford an apartment I lost. I went from having health care and tens of thousands of dollars in a bank account to owing the IRS more than I had because I cashed in my IRA to survive and took an early withdrawal penalty I couldn’t afford. My beliefs were decomposing and with it went all my coping mechanisms when things got hard. I no longer had anyone to pray to. I no longer had a bible or theology or church community to take comfort in.

From the time I was fifteen until that moment, I had faith to get me through things. I had a deity that loved me even when no one else seemed to that I thought had my back. In my darkest days, it gave me the hope I needed to get through another day. For over 30 years, I knew no other way.  Not only was that go to not a viable option at this time, but losing faith and change of beliefs was part of the stress I was facing.

After a probing conversation with my therapist, we agreed that I needed to check myself into the hospital and face evaluation. I had convinced her that I would be fine and take care of it that day. I did, in a manner of speaking, but it was no longer voluntary when I entered the hospital. It was involuntary due to a suicidal gesture.

I would spend 5 days and 4 nights in a hospital and learn about severe depression and something called adjustment disorder.

According to the Medline Plus Medical Dictionary, adjustment disorder is defined as,”…a group of symptoms, such as stress, feeling sad or hopeless, and physical symptoms that can occur after you go through a stressful life event. The symptoms occur because you are having a hard time coping. Your reaction is stronger than expected for the type of event that occurred.”

I was battling a war on many different fronts. Recent divorce, dysfunctional rebound relationship, poverty like I never knew it, working 72 hours a week while barely making ends meet. Further, there was the  loss of faith and belief in Christianity which led to loss of a church, ministry position, anger and hurt because I felt lied to by mentors over the decades, loss of friends and social isolation and so much more.

Deconstruction of faith and beliefs is far more than a mere quest for what is real for some people. It is not an intellectual pursuit for truth. You are taught to believe that a book is holy and if it is not inerrant, it is at least infallible. There is a creator who knows you and loves you and hears your prayers and you believe you have felt it’s presence in your life. Questioning that as you face facts that you have to reconcile is hard. Most of your social structure is with like minded people and when you tell them the struggle, you are met with many things. At the very least, they ignore your struggle and offer you platitudes. At the worst, they dissociate from you and abandon you. In my case you had the additional aspect of having been a minister. When an HR rep sees that in a job interview, the conversation was always awkward. An ex preacher was either going to be a religious freak or someone who had done something horrible to a child. There was no professional answer I could give that satisfied them.

For many, the road to secular transition means losing more than just a belief system. It is your philosophy, your reason for morality, your job and the love of your friends and family. All of these things and so much more is rolled up into this and walking away is scary. It is no wonder why so many who have doubt remain silent or stop the process of realization before it gets too deep.

For the high profile person who deconverts, there is a press tour and resources. For the average Joe or Jane, there is isolation, fear, and life adjustments on many fronts that can be hard.

Transitions are hard. Change is difficult. Is it worth it? Yes.

I will be the first to tell you that I had some other extreme factors going on in my life, but adjustment disorder can still take hold of someone’s emotional well being as they make this life transition. There are many layers to deconstruction of belief that run deeper than the emotional. If you are going through this deconstruction of faith and feel lost and overwhelmed, it is because you are. There is no shame in seeing a licensed therapist to help you through this time. If you know someone who is going through this time of transition, please focus on more than just the intellectual process, ask them how they are doing and what they are feeling. Support them. Be present. It is a lonely road for some.