Why the ‘unreasonable effectiveness of mathematics?’

Why the ‘unreasonable effectiveness of mathematics?’ August 19, 2020 John Richards 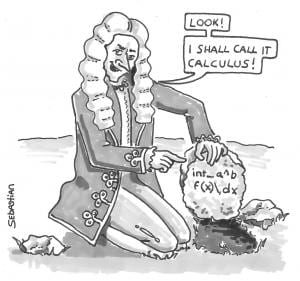 On Closer To Truth, Edward Witten was asked the question, “Why the unreasonable effectiveness of mathematics?” and he replied, “It is uncanny, because it’s as if the universe had been created by a mathematician.”

Theists often jump to the conclusion that this expression means that Ed believes in their god and that maths is proof that their god exists. Theists need to suppose that maths is discovered, not invented, or their belief system might fall apart.

I contend that asking, “Why the unreasonable effectiveness of mathematics?”  is like asking, “Why is the territory so well represented by this map?”

Firstly, maths is a (useful) human fabrication. It’s full of imaginary concepts. That’s most easily illustrated by geometry, which depends on lines that have length but no width and points that have location but no area, not to mention pi which is an irrational number. All of these things are unreal, just conceptualizations.

Ed calls maths a language. I need to remind my readers that language is also something that we have made up! Even Einstein said, “Maths is thought.”

The truth is that all numbers, apart from one, are invented. Ones exist in nature because the universe is quantised, but 7, 13 and 49 are just groupings of ones in the mind.

If you want any more evidence, just remember that two important mathematical concepts – zero and infinity, are not real, and how could we do maths without them?

Secondly, maths can be wrong. For example, according to maths, time can go backwards and temperatures below absolute zero can exist.

The reason that maths appears to be effective is because men have refined and refined the mathematical models until they represent observations of nature more and more closely.

The equations that did not model nature well have been superceded – just ask Newton.

There is no automatic ‘unreasonable effectiveness’ of maths; we’ve had to work at it, and it’s taken centuries… Mapping has got better too! 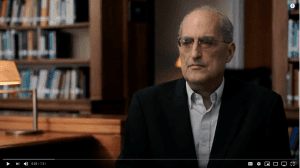 August 20, 2020 Criticize my religion and you insult me!
Browse Our Archives
get the latest from
Secular World by AAI
Sign up for our newsletter
POPULAR AT PATHEOS Nonreligious
1

Nonreligious
Let’s Not Bother to do Science!
Secular World by AAI

Nonreligious
Tonight’s Show is Postponed, But You Can Become...
Secular World by AAI