Welcoming the stranger and the refugee

Welcoming the stranger and the refugee September 7, 2015 Yvonne Aburrow

Homer’s Odyssey recounts the correct way to welcome a stranger who has been washed ashore: with food and drink, fresh clothing, and fragrant oil to clean the salt from the skin.

“[Odysseus said] ‘Yesterday, the twentieth day, I escaped the wine-dark sea: and all that time the turbulent wind and waves carried me here from Ogygia’s isle. Now fate drives me on shore, so that I may suffer harm here too, no doubt. I don’t expect my sufferings to end yet: the gods will inflict many more before that moment comes. But, Princess, pity me: since I come to you first of all, after my heavy labours, and I know none of the people of this land or its city. Show me the way to town, and give me some rags to throw over me, perhaps whatever wrapped the clothes you brought.”

“Then Nausicaa of the white arms answered: ‘Stranger, you seem neither unknowing nor ill intentioned: it is Olympian Zeus himself who brings men good fortune, to the virtuous or not as he wills, and since he has brought you this, whatever it may be you must endure it. But, now you are come to our land and city, you shall not go short of clothes or anything else a hard-pressed suppliant deserves from those he meets. I will show you the way to town, and tell you whom we are. This is the Phaeacians’ country and city, and I am the daughter of valiant Alcinous, in whom the Phaeacians vest their majesty and power.’

With this she called to her lovely maids: ‘Stop, girls, why do you shun the sight of a man? Surely you don’t imagine he’s unfriendly? There will never be mortal man so contrary as to set hostile feet on Phaeacian land, for we are dear to the gods. We live far-off, over the turbulent sea, the remotest of races, and deal with no other peoples. This man must instead be some luckless wanderer, landed here. We must care for him, since all strangers and beggars come from Zeus, and even a little gift is welcome. So bring him food and drink, girls, and bathe him in the river wherever there’s shelter from the wind.’”

Similarly, the story of Baucis and Philemon from Ovid’s Metamorphoses (VIII:621-96) recounts how the old couple were the only ones to welcome Jupiter and Mercury when they visited in disguise.

And in northern Europe, the Hávamál and the Sagas recount instances of hospitality and praise the generosity of the host:

“Fire he needs   who with frozen knees
Has come from the cold without;
Food and clothes   must the farer have,
The man from the mountains come.
Water and towels   and welcoming speech
Should he find who comes to the feast…”

Many ordinary people have not forgotten the virtue of hospitality, and do not sit counting the cost of welcoming and helping refugees from Syria and other war-torn parts of the Middle East and North Africa. Look at the Germans and Austrians welcoming the refugees who came through Hungary; look at the French people welcoming refugees into their homes; look at the British and Icelanders who have volunteered to host a refugee in their homes. Look at the Greeks helping the refugees out of the crashing waves of the Mediterranean.

The virtue of hospitality is one of the most ancient and sacred of Pagan virtues, and is also praised in the Abrahamic religions, of course.

At the same time, the miser, who accumulates wealth and then refuses to share it, was regarded as repugnant in every ancient culture.

The instability in the Middle East and North Africa has been caused by the wars fomented there by the United States and Britain (among others).

So now that the rest of the world is knocking at our door and asking for our help, why are our governments turning them away? Because they believe that the public have swallowed the myth that the refugees are “scroungers” who are only coming here to claim benefits. Because we have been told the bare-faced lie that they are quite wealthy and are only economic migrants. But no immigrant who is not from the European Union can claim any public funds whatsoever; and most asylum seekers are locked up in immigration detention centres.

And the reason the people of Syria are paying people-smugglers to bring them across the Mediterranean in leaky boats? Because they can’t get a visa to fly here on a plane – because you don’t get given asylum seeker status until you have arrived, been locked up in an immigration detention centre (if you arrive in the UK), and assessed in one of the most bureaucratic and unfair processes in existence.

So what can we do to help? 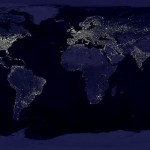 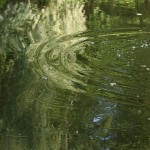 September 8, 2015 Why Dowsing for Divinity?
Recent Comments
0 | Leave a Comment
Browse Our Archives
get the latest from
Pagan
Sign up for our newsletter
POPULAR AT PATHEOS Pagan
1

How Do I Know If A...
John Beckett
Related posts from Dowsing for Divinity 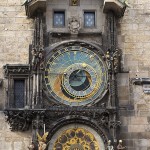