What did you almost name your kid?

The other day, my groceries were scanned by a woman whose nametag said “Alma.” I almost told her that I wanted to name my daughter that; but then I realized that, if she’s anything like every other Alma I’ve ever met, she just wants me to take my receipt and go away.

Anyway, when I come across someone with a name we decided against nine times, sometimes I’m relieved (“Whew! Dodged that bullet”) and sometimes I’m wistful (“Just think, that could have been ours . . . “). Truly, I feel like all my kids have the perfect name for them. For a few of our kids, it’s almost uncanny: Clara, for instance, turned out to be remarkably clear-eyed and fair skinned, unlike all the other kids. But I supposed people just grow into names, so it’s hard to say if a name is really ideal, or just very familiar.

A few of the names I pushed for, and my husband didn’t like: Ada, Delia, Beryl. A few of the ones I’m pretty glad he didn’t go for: Oceania, Moselle. (Look, I was young, okay?) He also liked Edith, which I could never warm up to, although Edie is a sweet nickname.

Of course, nothing can beat my husband’s own dodged bullet. His mother had a boy’s name picked out when she first got pregnant, but she had a girl first, so she couldn’t use the name. Then she had another girl, and then another girl. By the time he was born, she realized that she really oughn’t name him . . . Huckleberry John.

HA. How about you? What’s in your discard pile? Do you know what you almost got called?

Words of Pope Francis at Prayer...
Labyrinthine Mind
Related posts from I Have to Sit Down 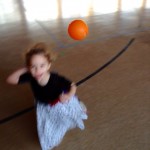 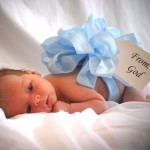 Catholic
No, It's Not Okay to Flip Off Your...
I Have to Sit Down
TRENDING AT PATHEOS Catholic