This week in End Times mania: Confusing ‘Left Behind’ with reality

And these folks have been busy this week.

Here’s a round-up of LaHaye-ish End Times mania in the news.

Susie Cagle of Grist reports on the latest eruption of official right-wing paranoia over this decades-old, voluntary collection of best-practices for sustainable cities:

Last May, less insane heads managed to prevail in the Grand Canyon State, shooting down a bill that would have prohibited state and local governments from adopting anything even a little bit related to sustainability and Agenda 21. But the idea has crawled out of the grave in the form of SB 1403, a new bill that would prohibit any local government in Arizona from implementing any “creed, doctrine, principles or any tenet” of Agenda 21.

“Any way you want to describe it, Agenda 21 is a direct attack on the middle class and the working poor,” the bill’s sponsor Sen. Judy Burges said during a hearing on it in 2012. “The primary goal of Agenda 21 is to create social engineering of our citizens and it will impact every aspect of our daily lives.”

David Frum pleads with his fellow Republicans to “Ditch the Agenda 21 Tinfoil Hat Brigade” and taps Rob Sisson of ConservAmerica, the former mayor of a small city, to respond. Sisson writes:

Have we entered some parallel universe where saving tax dollars and conserving natural resources has become a UN plot against American liberties?

In 1992, President George H. W. Bush signed the U.S. onto a non-binding United Nations agreement called Agenda 21. The agreement is hardly more than a list of ways that local communities can better conserve natural resources. The general header for such practices is “sustainability.”

Sisson outlines several ideas from Agenda 21 that he implemented as mayor of Sturgis, Mich., “saving taxpayers hundreds of thousands of dollars.”

Yet Glenn Beck, the John Birch Society, and various tea party groups have condemned “Agenda 21” as a globalist conspiracy to destroy America. And state legislators are listening.

… Lowering costs and conserving resources is always a good idea – even if the UN agrees. Can we all please get real?

Nope. Getting real is not an option when it comes to the United Nations because 60 million fans of the Left Behind series “know” that the UN exists only to pave the way for the Antichrist and his one-world government. And unfortunately for reasonable conservatives like Sisson and Frum, those 60 million Left Behind fans are also Republicans, having been taught that the Democratic Party is, like the UN, just another precursor to the imminent OWG.

Thanks to Kevin S. and Benjamin C. for alerting me to this one. Bob Smietana has the story for The Tennessean:

Walter Slonopas, 52, resigned as a maintenance worker at Contech Casting LLC in Clarksville (Tenn.) after his W-2 tax form was stamped with the number 666.

The Bible calls 666 the “number of the beast,” and it’s often used as a symbol of the devil. Slonopas said that after getting the W-2, he could either go to work or go to hell.

“If you accept that number, you sell your soul to the devil,” he said.

Math can be confusing. Even simple arithmetic can be tricky. But this isn’t math or arithmetic — this is just counting. Every time we count from 1 to 1,000 we will use the number 666. Not because of Satan, but because of our base-10 number system.

Walter Slonopas just quit his job because he works for a company with more than 665 employees and because he does not know how to count to 1,000.

And also because he’s been fed a stream of paranoid, self-righteous, contra-biblical lies by someone masquerading as a Christian pastor. That’s where the blame for this lies. The jackwagon in the pulpit of Slonopas’ church has a millstone reserved with his name on it.

Smietana is a terrific religion reporter, but he horribly bungles one aspect of this story.

For believers such as Slonopas, who take the book of Revelation literally, any tie to 666 is a betrayal of their faith.

No. No, no, no, 666 times no. Believers like Slonopas do not “take the book of Revelation literally” — they take the book of Revelation and cut it up into a thousand tiny pieces, placing those pieces into a hat along with a thousand more tiny pieces taken from Daniel, Ezekiel, parts of Matthew, the screenplay for The Omen, folklore, blood-libels, and urban legends. And then they take those pieces out of the hat one by one, stringing them into sentences to which they accord all the authority of holy scripture.

They take those fabricated sentences “literally,” but not the book of Revelation.

“CUFI lobbies against Hagel appointment,” the Jerusalem Post reports. They describe Christians United for Israel as “a Christian pro-Israel group.”

And that’s true up to a point. CUFI is an expression of televangelist John Hagee’s “Bible prophecy” beliefs. So it’s “pro-Israel” in the sense that they want the nation of Israel to thrive long enough to rebuild the Temple and sign a peace treaty with the Antichrist, after which everyone in Israel must either be converted to Christianity or be slaughtered en masse.

I suppose “pro-Israel” is one way to describe that, but I think Frank Schaeffer’s description of the CUFI crowd is more accurate. He calls them “Jesus on Acid.”

This popped up on the Slacktivixen’s Facebook page this week, “Micro Chip Implant Coming March 23, 2013”: 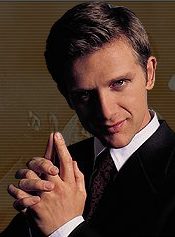 This evil plan is being launched by America. its a micro chip injected in your hand. it will contain all your personal data heath and bank accounts etc. its also a GPS device being monitored. they can deactivate it at any time if they find you suspicious or not loyal to their government or go against them or their system and you will lose everything you ever had. soon this device will be made common just like they did credit cards, turning paper money into digital money. means nothing is physically in your hand. it will be made a must for every citizen with time according to their plan and then they will spread it outside America so they can monitor and control as many people as they can and turn them into slaves with their digital technologies.

The heroic folks at Snopes do a great job of debunking this, as well as of tracing how this lie (it’s too intentionally crafted to call it a legend) was assembled.

Bookmark that Snopes link. You may need it as we get closer to this imaginary March 23 deadline.

Oh, and the high-school classmate of the ‘vixen’s who passed along this lie? He’s a state trooper. So be careful out there on Pennsylvania’s highways — there’s at least one paranoid idiot out there patrolling in uniform.

Daniel Burke has a good piece for Religion News Service on “How the ‘Islamic Antichrist’ reflects our era’s anxieties“:

Now, amid threats of Islamic terrorism, a nuclear-armed Iran and tumult across the Middle East, a growing group of American evangelicals say the Antichrist will be Muslim. …

Apocalyptic Christianity always needs an enemy, scholars say, and the Antichrist is nothing if not adaptable.

“The Antichrist idea is very responsive to changes in current events,” said Robert Fuller, a professor of religious studies at Bradley University in Peoria, Ill. “It’s a symbol for what is most unsettling or troubling.”

Kudos to Burke for showing, throughout his piece, how the “Bible prophecy” of End Times preachers is a cultural creation projected onto the Bible and not at all anything that could be derived from a desire to “take the book of Revelation literally.”

Burke also has a sidebar piece on “Muslim views of the Apocalypse,” which is also helpful (apart from that headline, which confuses the genre of Revelation with the events attributed to it). If you’re interested in that subject, let me again recommend Gershom Gorenberg’s excellent The End of Days: Fundamentalism and the Struggle for the Temple Mount, which examines the role that site plays in apocalyptic “prophecies” of various Christian, Jewish and Muslim groups.

My favorite bit from Burke’s main article is this:

If bad theology, the Antichrist often makes for good reading, as attested by the more than 60 million copies of “Left Behind” books sold.

Prophecy may not be the best career option, however. Jerry Falwell’s Liberty University closed its Tim LaHaye School of Prophecy just one year after it opened in 2002.

“It never did attract hardly any students, so we shut it down,” said Ronald Godwin, Liberty’s provost. “The students were looking for a major that would land them a career.”

I don’t think those 60 million copies sold can be attributed to “good reading” as much as to “tribally sanctioned reading” and the relative paucity thereof, but I do love the unintentionally hilarious candor of Liberty’s provost.