Catholic Women Deacons? Why Not? 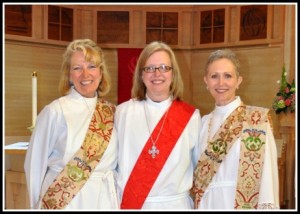 This article was first published in CRUX

Pope Francis has called for women to be granted more prominent roles in the church and for the Catholic church to continue to develop a positive “theology of women.” CNS reports here that at the Synod of the Family Canadian Archbishop Paul-Andre Durocher suggested that the church should reflect further on the possibility of ordaining women to the diaconate.

In a 2012 article arguing for the ordination of women to the diaconate, Phyllis Zagano reported on a private conversation with then Cardinal Ratzinger. When asked about the possibility of women deacons he replied, “It is under study.” Is Archbishop Durocher right in pushing gently for women in the diaconate, or is it just as impossible as women’s ordination to the priesthood?

The question is clouded by the strong feelings on both sides of the issue of women’s ordination. At his website former priest John Wijngaards, an outspoken advocate for women priests, argues strongly for women to be ordained as deacons. Other progressive Catholic groups also push for the diaconate to be open to women, but it is their advocacy which makes conservative Catholics reluctant to even ask the question. They see that the Anglican Church first had deaconesses who then became deacons who were eventually ordained as priests and bishops. Conservatives contend that women deacons are the first step onto a slippery slope that leads to female bishops.

Putting the politics and passion aside, what are the historical arguments in favor of women deacons? The Scriptural evidence is interesting. Jesus chose men as his apostles, so women cannot be priests. However, it was the apostles who chose deacons in Acts chapter 6, so arguably the bishops, who are the successors of the apostles, could choose who they want as deacons. Although the apostles only chose men in Acts 6, in the epistle to the Romans St Paul mentions, “Phoebe, a deaconess in the church of Cenchreae.” St Jerome translates the word diaconos (deacon) as indicating that Phoebe was “in the ministry of the church”.

This leads us to ask what exactly the ministry of deaconess was in the early church. The best information is found in a collection of liturgical and disciplinary regulations called The Constitutions of the Holy Apostles.  Most of the document dates from before the year 300, and we learn that, like the deacons, the deaconesses were involved in administering the charitable work of the church. They also had the job of maintaining modesty and decorum at baptisms. Since the convert was baptized naked, a woman was required to assist the female catechumens.

.In The Constitutions the Bishop is exhorted, “Ordain also a deaconess who is faithful and holy, for the ministrations towards women.” The bishop or priest was to “dip them in the water” and “…a deacon receive the man, and a deaconess the woman, that so the conferring of this inviolable seal may take place with a becoming decency”  (Book III, Sections XV, XVI).

However, it should be observed that the role of deacon and deaconess were not interchangeable. For instance, the Apostolic Constitutions specify, “A deaconess does not bless, nor perform anything belonging to the office of presbyters or deacons, but only is to keep the doors, and to minister to the presbyters in the baptizing of women on account of decency” (Book VIII, Section XXVIII). While the bishop is to “ordain” deaconesses there is a significant difference between their ordination and that of the deacons.

Therefore the evidence from the New Testament and the early church could provide arguments for women being ordained as deaconesses. As the order of permanent deacon was re-established in modern times, the order of deaconess could also be rejuvenated. Although canon law does not presently permit it, the law could be changed. Theoretically, the Catholic church could re-establish a distinct order of deaconess, and advocates would not be shy in pointing out the undoubted practical benefits from such a decision.

A full discussion, however, demands that we would have to question why this change was necessary.

Do we require women deacons to assist at naked baptisms? No. Do we require women to be ordained so that they might have the authority to administer the church’s charitable work? The splendid work of our teaching  and nursing sisters precludes the need. Women are already administering the church’s charitable work effectively at every level. Do we need deaconesses to be diocesan chancellors, school principals, parish pastoral associates, directors of faith formation, Vatican administrators, professional consultants, diplomats, journalists, and financial advisors? No. Plenty of women already fulfill these roles. Do we need women to be ordained as deaconesses to be spiritual directors, theologians, cultural activists, broadcasters, evangelists, writers and scholars? No. We have a growing number of women already doing this.

The only reason, therefore, to have deaconesses is to include women in the ranks of the clergy, but when the need is to de-clericalize the church and empower the laity, isn’t it counter productive to add yet another layer of clergy to the church? Furthermore, doesn’t it send the wrong signal to the women of the world that the only way a Catholic woman can really be important to the church is to assume a job that has traditionally been reserved to men? Doesn’t it also send a message to all laypeople that they are not bona fide disciples of Jesus Christ unless they have become a member of the clerical caste?

Finally, those who are still pushing for women’s ordination to the priesthood admit that women deacons would be the first step. It would be confusing in the extreme to ordain women to the diaconate and thereby give the signal that women’s ordination is a possibility after all. It would be fine to say that the order of deaconesses is distinct from the threefold order of deacon, priest and bishop, but methinks the point would soon be lost.

Since, as Pope Francis says, “the door to women’s ordination is closed.” it would be much better for the whole church to continue to explore and expand the role of both lay men and women in the church, and thus fulfill the vision of Apostolicam Actuositatem the Second Vatican Council’s Decree on the Apostolate of the Laity which states, “Our own times require of the laity no less zeal. In fact, modern conditions demand that their apostolate be broadened and intensified. ..An indication of this manifold and pressing need is the unmistakable work being done today by the Holy Spirit in making the laity ever more conscious of their own responsibility and encouraging them to serve Christ and the Church in all circumstances.” 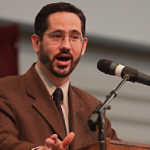 May 7, 2016
New Wave of New Testament Scholarship
Next Post 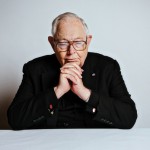 Honest Talk on the “Pastoral Approach” to Sexual...
But the exclusion of men and women because of their marital status...
view all Catholic blogs