In Search of the Real Jesus: A Q&A with Garrett Glass 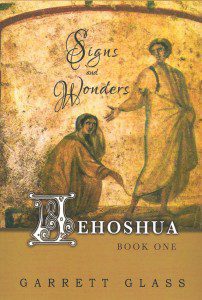 Most likely, the story of Jesus and his followers that Oak Park resident Garrett Glass tells in his newly published novel Jehoshua, Signs and Wonders, is not the one you heard in Sunday school.

Start with the name. Jehoshua, writes Glass, was the name we now know as Jesus, pronounced Yo-SHEW-ah in Hebrew in his First-Century hometown of Nazareth (JOSH-yew-ah in English). In fact, Glass’ book can be seen as a deconstruction, i.e. an attempt to get at who Jesus really was as a historical figure by scraping away what he considers the legendary, mythological accretions and layers in the biblical text, comparing the New Testament writings with other non-Christian documents from the First Century, and then reconstructing a more plausible Jesus than the one passed down to us over the last 20 centuries by Christianity.

Jehoshua begins with graphic descriptions of Jesus’ crucifixion, reminiscent of Mel Gibson’s movie The Passion of the Christ. It portrays Jesus as a very human being, complete with sexual drives, much like Nikos Kazantzakis described him in The Last Temptation of Christ. Glass includes intrigue and deception in his novel in the tradition of Hugh Schonfield’s Passover Plot, and he reconstructs the life of Jesus in the same creative way that Dan Brown treats the possibility of Jesus being married in the Da Vinci Code. 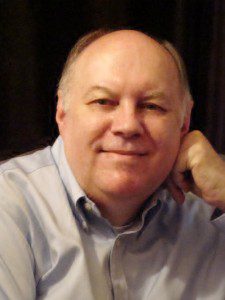 The motivation to deconstruct came while Glass was living in New York after graduating from Northwestern University. There he read in the New York Times reports coming out of the Jesus Seminar during the 1960s and ’70s, in which biblical scholars used the analytic tools of what is known as the “historical critical method” to analyze the Bible like any other piece of literature. This kind of analysis, for example, concludes that both Matthew and Luke quoted Mark in their gospels as well as a non-extant source scholars refer to as “Q.”

“All these books on the historical Jesus caused a real conflict in me,” he recalled, “because I grew up thinking there was the Virgin Mary, believing she had a virgin birth and then as a young adult reading all these books saying it never happened. I got very disillusioned and felt almost deceived by what the Catholic Church had taught, or not taught, me.”

Glass recalls that when he was growing up, the Church portrayed the Gospel writers as kind of like secretaries who transcribed God’s dictation to them.

“Christianity had lost track of the human reality behind the New Testament scriptures,” Glass argues in the foreword to Jehoshua, “that not all passages in the New Testament were original to the writer; not all words were translated correctly … and Jehoshua did not perform or say all the things ascribed to him in the scriptures.

“When a secular and rational approach is taken to the New Testament,” he adds, “contradictions cannot be ignored. They need to be explored and explained, and when you attempt to do that, a very rich world of possibilities opens up.”

“While writing the novel,” Glass explained, “I felt like I was an opera director. I could put the words I wanted into the characters I was creating. I could give them emotions. By the time I got to the second chapter, I found that the characters were taking on a life of their own.”

He created a character, for example, named Lemech, a trader who bought Jehoshua’s cloak from a Roman soldier, cut it up in pieces and sold it as having magical qualities to people who believed in the crucified messiah’s healing powers. He then discovers that he actually looks a lot like Jehoshua and carries out a plan to pretend that he is the risen savior.

Besides trying to provide a good read for those who buy his book, Glass acknowledged that the act of writing has itself become part of his own spiritual pilgrimage. In an as yet unpublished book titled, Who Cut God’s Hair, he writes, “This little book came about because a number of my readers wanted to know my opinions about God. In my book Jehoshua: Signs and Wonders, I wrote about the first 25 years of Christianity from the assumption that no miracles took place. This naturally led quite a few readers to wonder if I was an atheist.”

Here’s his answer: “The philosophy of this book is very simple to state: I believe in God; I simply believe that he is an illusion we have created in our minds. It may seem that I am temporizing in this statement, and not really taking a stand on whether God exists. But the truth is, to a certain degree God does exist, and does not exist, at the same time. He seems to exist in our mind, which is capable of creating powerful illusions of reality, and we can go our whole lives believing in his existence.”

For more conversation on the Jehoshua book series – and to read an excerpt – visit the Patheos Book Club here.

Tom Holmes is a Contributing Reporter / Religion Blogger at OakPark.com.  This interview is reprinted with permission from The Wednesday Journal. 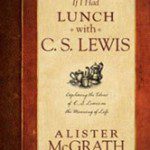 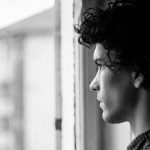