“The Experience of God” Review – Chapter Three, Part One

This is the fourth in a series of posts examining David Bentley Hart’s book “The Experience of God” – it addresses the first part of Chapter 3. You can find the other parts here.

The third chapter of Hart’s book, “Being”, is the first part of his actual argument in favor of the existence of god. The introduction, first, and second chapters set up his general philosophical approach and outline the scope of the book, and now he’s into the meat of his argument. In three chapters, of which this is the first, Hart aims to explore three types of experience which, he believes, can be better explained through belief in god than from a naturalistic perspective. So, for his argument in these chapters is to be successful, Hart needs to do the following:

This post focuses on the first of the three experiences Hart believes provides a problem for naturalism: the “experience of being” (throughout my posts I am going to use the phrase “experience of being” to denote what Hart describes as a particular experience of ontological fortuity, and the phrase “problem of being” to denote the philosophical challenge he believes can be derived from that experience). The next post in the series will explore remaining philosophical issues with his argument: here I focus on the phenomenology of “being” as presented by Hart, and ask whether it has any bearing at all on the philosophical questions he is addressing.

So what is this “experience of being”? Hart argues that we human beings are occasionally confronted with a profound sense of the contingency of things. We are sometimes thrust into a sense of wonder about the fact that anything exists at all, “a primordial agitation of the mind and will, an abiding amazement that lies just below the surface of conscious thought and that only in rare instants breaks through into ordinary awareness.” In the midst of this experience, Hart claims, we encounter a “sense of the utter uncanniness of the reality we inhabit, the startling fortuity and strangeness of everything familiar”, and wonder “why anything at all exists” – and much more in this vein. So here is the “experience of being” Hart believes poses a challenging philosophical problem naturalism is poorly equipped to respond to: a momentary confrontation with the uncanny contingency of all things.

I am willing to grant for the sake of argument that people really do experience this: philosophers, mystics, psychologists etc. have long been interested in experiences which sound rather like what Hart is describing here (I have written myself about peak experience, bliss, feelings of transcendence etc. which seem to fit Hart’s rather florid description to some degree). So let’s say Hart has achieved the first stage of a successful argument here: he has described an experience people actually have (some more specificity about the nature of the experience would help, but let’s be generous).

What I’m less convinced about is the idea that the mere fact that we human beings have experiences of this kind presents a philosophical problem which deserves an answer of the sort Hart wants to give. Hart seems to think that the fact that an aspect of these “experiences of being” is a strong feeling that there is a mystery behind “why anything at all exists” means that the question “why does anything at all exist?” is an intelligible and pressing philosophical mystery. The feeling that such a question presents itself is equated, in Hart’s argument, with the necessity that there be an adequate philosophical response. He says:

“This rare and fleeting experience of being’s strangeness within its very familiarity is not a transitory confusion or trivial psychological mood but a genuine if tantalizingly brief glimpse into an inexhaustibly profound truth about reality.”

I’m not sure why Hart thinks so, or why he gives our feelings so much sway over our thoughts. He certainly doesn’t justify why we should believe that just because we feel we have encountered an “inexhaustibly profound truth” during a bout of phenomenal oddity that we actually have encountered a truth. It seems to me a reasonably regular occurrence that people, in the midst of a profound experience (however induced) have a feeling that some deep philosophical truth has presented itself, but it would be unwise and illogical to infer from that feeling (however tantalizing) that a profound truth is actually present. Hart, to secure his argument, needs to demonstrate why the “experience of being” isn’t simply a “transitory confusion or trivial psychological mood”. He doesn’t do that, and these explanations seem to me perfectly reasonable.

Consider, for instance, those strange moments when one is confronted with the uncanniness of the spelling of a particular word. You’re reading or writing, and you look at a word you’ve seen thousands of times, and suddenly have the momentary thought that it is extremely strange and shouldn’t be spelled the way it is spelled. It just looks wrong, wrong on a deep level, and you wonder “Why on earth is ‘spoon’ spelled like that? What is the reason?”

I have had this experience. It genuinely exists (it’s called “wordnesia“, apparently). And this experience feels like it poses a genuine philosophical problem which, in the moment, demands explication: why is “spoon” spelled like that? But we would be wrong to infer from the fact that a given experience seems to pose a profound philosophical problem that it in fact does pose one. We would be more wrong still to infer, as Hart does, that the feeling that one is confronted with a philosophical mystery during a moment of sensory aberration implies that there is an answer to be found to that felt-mystery which goes beyond the normal sort of explanations we would routinely offer for things, or that we have, simply by virtue of having the uncanny experience, glimpsed a “profound truth” (inexhaustible or otherwise).

To return to the wordnesia example, it is perfectly possible to examine the etymology of “spoon” to try to find out “why” it is spelled that way, just as we can follow back a chain of physical causes to explain “why” some aspect of the physical world exists. But I can imagine Hart might respond “No! This historical explanation is not the sort of profound explanation the experience of wordnesia demands! That is merely an explanation of how the word came about, not an answer to the bigger question of ‘why it is what it is’!” This, it seems to me, is analogous to the response Hart has to the experience of “being”, and it is a silly response. An explanation which gives us epistemic purchase on the situation –  explaining how a word comes to be spelled a particular way, or explaining how a particular part of the physical world comes about – is a good explanation. Demanding a further explanation beneath that one on the grounds that the provocative experience was really profound seems to me a mistake.

Strangely, Hart himself seems to concede this later in the chapter. He is at pains to stress that investigations of the natural world can in principle have no bearing on the philosophical “problem of being” he is posing, saying “no purely physical cosmology has any bearing whatsoever upon the question of existence”. Again and again he reiterates that nothing we could discover through investigation of the natural world can possibly point toward an answer to the philosophical problem he is presenting – yet he claims there is something genuinely provocative about the “experience of being”.

Did you appreciate the work which went into this long and in-depth post? Support me on Patreon! =) 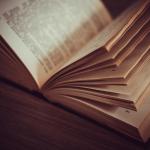 August 19, 2017 We Need New Stories
Recent Comments
0 | Leave a Comment
Browse Our Archives
get the latest from
Nonreligious
Sign up for our newsletter
POPULAR AT PATHEOS Nonreligious
1

Russell Moore and the Leaked Letters:...
Roll to Disbelieve
Related posts from Temple of the Future