Closing the Doors of the Temple

Closing the Doors of the Temple June 19, 2020 James Croft

This week Temple of the Future is ending as an ongoing blog project. I began this blog in March 2011, with what seems to me today an impossible burst of optimism and vigor. I uploaded three posts in the very first day, a feat I’ve never managed since: consistency has never been my strong suit. Scrolling through the titles of those first posts I’m struck by the clarity of vision they possess: I had an extremely clear idea of what I wanted to do and to achieve with Temple of the Future, and I think, at least as far as my own life has gone, I have achieved it.

In March 2011 I was 28, a doctoral candidate at Harvard, and just one year out of the closet. Neither my decision to pursue further study nor my explosion out of the closet would have surprised anyone: I have always been both studious and flaming. But perhaps the depth of my engagement with Harvard’s Humanist community would have raised some eyebrows. I grew up in a nonreligious home to two parents who had never, as adults, attended church. While we are a family of talkers and arguers, religion was rarely the topic of our daily conversations. I had never been religious, so I had no dramatic deconversion, no terrible experiences with faith, and no yearning for a lost spiritual community: Humanism was not filling a religious void, for me.

Yet when I arrived at Harvard, retreating from the high school classroom after two disastrous years as a teacher, living in the USA for the first time, I struggled for a while to find people who thought – and more importantly who engaged with ideas – the way I do. As a graduate of Cambridge I am used to a highly critical, pointed, even sharp academic style, and that style was very much out of vogue at the Harvard Graduate School of Education – a school which is often called “Hugsee” for its friendliness and the softness of its approach. I found that people often considered my focused, forceful intellectual demeanor to be rude and inconsiderate, and therefore considered me rude and inconsiderate which, while true to some degree, was not true to the degree others thought (at least that’s what I felt). So I went in search of fellow critical thinkers, and I found them (surprise!) among the Humanist Community at Harvard. I also found, in the graduate student branch of this community, a group of friends whose acceptance and love helped me wrestle my demons to the ground and finally accept myself as gay – and, for that, I am profoundly and forever grateful. Humanism changed my life, and partly as a result, I dedicated my life to Humanism.

This was not my first encounter with Humanism: I had been to some Humanist discussions and engaged a bit with the British Humanist Association (now Humanists UK) as an undergraduate back home. But being in America – even the liberal, cosmopolitan East coast of America – showed me how deeply Christian the United States is. Our status as religious outsiders gave an extra edge to Humanist discourse and identity which I wasn’t used to, an intensity and a focus on god and the beliefs of others that always grated. Having grown up in the broadly nonreligious culture of the UK, I was never so interested in pushing back against others’ religious beliefs as I was in fleshing out a fuller, more robust Humanism, a lifestance which would do more than satisfy people’s intellectual problems with religion, which would reach every area of human life and invigorate it. Because I sometimes found the discussions of the Harvard Humanists thinly intellectual, I wanted to help Humanism recover its emotional and artistic side.

That’s what Temple of the Future was started to achieve: to express a vision of Humanism which was more than just an intellectual critique of belief in god and the problems of traditional religion, but which outlined a vision for human life which included the arts, culture, the emotions, and spiritual experience. This is, of course, always what Humanism was supposed to be – it was never philosophically opposed to the artistic or the emotional – but somewhere along the way, at least in its American incarnation, Humanism had lost its heart while becoming obsessed with its head. Temple of the Future was meant to challenge that.

And, in a series of sporadic posts over almost ten years, that’s what I did. During Temple of the Future’s run I exhorted Humanists to embrace group singing, consider the aesthetics of our gatherings, and get more engaged with social justice work, among other things. (One of my favorite blog series was one which incorporated all three of these concerns, a three-part reflection on group singing as a spiritual response to the Pulse massacre.) Indeed, as I grew alongside the blog, a concern with social justice became more prominent. As my engagement with the broader social justice world increased, I notice in my writing an increasing focus on the need for a secular social justice movement. As I grew up (and in many ways Temple of the Future chronicles my “growing up” from newly-out baby-gay to the seasoned elder-homosexual I am now) I realized how infrequently explicitly Humanist voices were represented in the broader social justice conversation. My disappointment and bafflement with the Humanist community for failing to consider the role of the arts and the emotions in life transformed, over time, to a sort of outrage or even disgust at the way in which many Humanists were silent about or even opposed to the great movements for social justice which have recently gathered force.

I don’t feel that sense of outrage so strongly now, in part because of what a new generation of social-justice-oriented Humanists have achieved, myself among them. Through our unwillingness to accept a disconnected and unconcerned “Humanist” movement, we have shifted the agendas of major national Humanist organizations toward a more forceful engagement with political and social questions – and if I can claim some credit for encouraging that shift, then Temple of the Future can be considered a success. Personally, I view it as a success: in the decade since I began this blog I was invited to join the Patheos network (this began as a self-funded enterprise with no readers!), have come to be a known voice within the Humanist movement, have made a career as a professional Humanist, and have said many of the things I wanted to say. Good job, blog!

There are two turning points I want to reflect on as I close this blog. The first is when I discovered that I might have a career as professional Humanist clergy. This would have seemed to first-post me as something of an oxymoron, but now it is my life: as Leader of the Ethical Society of St. Louis I help develop and direct a large community of Humanists the likes of which I could not have easily imagined when I began this blog. We do incorporate the arts, music, the emotions, and even the spiritual, in an attempt to create a community which is open to all aspects of human experience – and we do it well. I’m proud of the community I serve, and astonished that I was able to turn the passion of this blog into an actual career. I feel incredibly lucky. You can read all my posts referencing my congregation here.

The second is my participation in the Movement for Black Lives, which stemmed from my experiences in St. Louis, MO, shortly after Mike Brown was killed. It was a strange thing, to begin work as a trainee clergy person just before what will surely turn out to be one of the defining moments of the early 21st Century. Through this blog I chronicled my engagement with the movement which grew up after Mike Brown’s murder, and if I am proud of anything, I am proud of what I wrote about structural racism and how I brought the story of the uprising from my new-home-town to Humanist communities around the country. The new wave of the Black Lives Matter movement which is now transforming American culture would never have happened had activists from St. Louis not lit the touch-paper, and I am proud that I played some small role as a Humanist voice during that critical time. For perhaps the first time in my life, I can truly say that I was onto something before it became cool: Black Lives Matter! You can read everything I’ve written about Ferguson here.

I’d like to offer some notes of thanks, as I close:

There is much more to come, including a book announcement (hopefully soon!) and a new podcast. If you aren’t sick of me yet, you can listen to me weekly on my current podcast Ethics and Chill, which explores the ethics of pop culture. 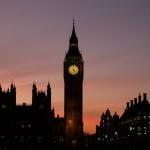 December 13, 2019
After the UK's General Election, What Can Progressives Do?
Next Post 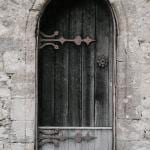 June 19, 2020
Recent Comments
0 | Leave a Comment
"Ten years since dad died, while I held him, five since mum. Not a day ..."
Steve Taylor Life Without Dad
"People who think that chopping the ends of male babies dicks off is a path ..."
Steve Taylor Former Chief Rabbi of Great Britain ..."
"Mike Brown wasn't murdered, not sure how you missed that minor detail."
Goat Plissken Closing the Doors of the Temple
"Thus we conclude with that classic chestnut that characterizes all dispassionate rational discourse: angrily storming ..."
Theo Sadana Skepticism and Social Justice
Browse Our Archives
get the latest from
Nonreligious
Sign up for our newsletter
POPULAR AT PATHEOS Nonreligious
1