I am “THE MOMMA BEAR of New Homophiles!” – UPDATED

I am “THE MOMMA BEAR of New Homophiles!” – UPDATED December 20, 2013 Elizabeth Scalia

I’m not even sure what that means, but I find being called “perhaps the Momma Bear of the New Homophiles” alternately hilarious, and intriguing. Note, as author Austin Ruse writes in his very interesting piece at Crisis, the cushioning use of “perhaps” which Ruse himself calls “a columnist’s way of taking something off the fastball but throwing a strike nonetheless.”

My MommaBearishness stems from my willingness over the past few years to publicly think through issues of homosexuality and church teaching. I did a little bit of that at Crisis, when it first transitioned into Inside Catholic, but now I do most of it at First Things, because I figure, hey, if one is going to ponder, do it in public, already, so whatever evolution occurs may be tracked and people can know you’re not jumping on or off a bandwagon simply because you’re a coward or your poll numbers demand it.

Not only am I the apparent Mommabear of the Movement, but our own dear Eve Tushnet “may be the progenitor of the New Homophiles,” writes Ruse.

She is named Eve, after all.

So, here is what Ruse is about:

They are the New Homophiles†† and they accept the Church’s teaching that sexual activity can only occur between married men and women. They oppose a redefinition of marriage to include anyone else. They are fine, if that is the right word, with living celibate lives. They do not want to stop being gay; they don’t believe they can or even should. They believe God made them gay so they want to be known as gay and they want the Church to accept them on those terms. And they believe being gay is part of God’s plan and vocation for them.

They believe the Church’s teaching on homosexuality and certainly the way it is often talked about by Christians is highly limiting, often insulting, hardly ever welcoming, and in desperate need of development. They are out to change that with their lives and with their writing.

Eve Tushnet. . . eccentric and often brilliant daughter of a non-observant Jewish Georgetown law professor and a Unitarian legal activist, Tushnet grew up in Washington DC and knew herself to be gay from a young age. . .She told New York Times columnist Mark Oppenheimer that the Catholics she met at [Yale’s] Party of the Right taught that the presence of sin does not “mean you are bad” but that “It means you have a chance to come back and repent and be saved.”

Tushnet is out, proud, celibate, and a Catholic faithful to the Magisterium. Tushnet says she is in love with the Church, its “beauty and sensual glamour.” She loves the Church’s “insistence that seemingly irreconcilable needs could both be met in God’s overwhelming love: justice and mercy, reason and mystery, a savior who is fully God and also fully human.” Tushnet is a true believer but she also speaks fondly in remembrance of her own lesbian experiences. All this is enough to give faithful Catholics vertigo.

Well, but it needn’t, really. As a faithful Catholic, myself, it seems to me that we are still allowed to wonder about things, because in wondering, we find God. I may be a cradle Catholic, but I have wondered my way into loving Christ and his Church and (here let me once again offer you the lectio phrase of my life) as Saint Gregory of Nyssa said, “ideas create idols; only wonder leads to knowing.”

One prominent beauty of the Catholic church is her ability to apply reason throughout the faith, and faith to the world’s reason. She has, over 2000 years, grown in her own understanding and wisdom through the open wondering of her scholars and saints and even her untutored doctors like Catherine of Siena and Therese of Liseiux, all of whom understood this core, fundamental truth: God is extant within the smallest atom, and yet bigger and more incomprehensible than our largest imaginings, and hence, to be wondered at (and about) for all of our lifetimes; the invitation God gives us in all of his mystery, is to keep wondering; the invite is never to stop.

This is the most exciting part of the life of faith: the wondering. It leads to a continual rediscovery of Christ.

And so, yes, let us wonder about homosexual persons and transgendered persons; let us ponder the mysteries of intrinsic disorder, and of rights and understandings, of justice and of mercy, and obedience and tolerance and love. These are all depth-plumbers; if we want to address them, sliding along the shallow edges of the lake won’t get us there. We should never be afraid to wonder, because the ability to do so is a fundamental gift and God-spark. And we should not be afraid to wonder out-loud, either, no matter how dysfunctionally intolerant and fearful of “other thoughts” our society is becoming. Speak a word in good faith, let others receive it in good faith, if they can, and then thrash it out. In that way, there is no shame in being wrong, and no triumph to being right.

Her brother was gay and died from AIDs [sic]

In fact, and by co-incidence, I wrote about his death for Crisis, and they kindly gave permission for me to reprint that piece in this collection of essays, just published.

Scalia usually treads lightly but surely on the question of homosexuality. . .She began one provocative column at First Things quoting gay playwright Larry Kramer who told a television audience at the Tony Awards in 2011 that gays “are a very special people, an exceptional people, and that our day will come.” Scalia answered, “… perhaps Kramer is right. Perhaps homosexuals are in fact ‘special and exceptional others,’ whose distinctions are meant to be noted. Perhaps they are a ‘necessary other’ created and called to play a specific role in our shared humanity.” . . .

Gay exceptionalism and charism are a regular theme for the New Homophiles.

For whatever reason — I don’t know Crisis’ policies any more — Ruse includes no links in his piece, and that prevents people from being able to link through and read a writer’s complete thought. On this particular piece he is citing, I hope you will read all of my wondering in full, for yourself.

Riding this thing into the corral, Ruse continues:

What they want more than anything is a development of doctrine.

He is right, there. I’ve myself been pondering the need for an exploration of doctrine and theology. I’ve long argued against forcing churches into performing gay marriages, both in light of the first amendment, and also of Matthew 19:3-12, but I am still allowing myself to wonder on the issue. I’m not yet ready, however, to share my most recent thoughts. Mommabear needs to ruminate for a while, yet.

Ruse ends well, because the allure of wondering, when allowed, is just too irresistable:

The gauntlet they are throwing down is for themselves and for us. For them it is to live chastely, to have intimate nonsexual friendships that will never cross the line.

For us it is to accept them as they are and not believe they must be changed. We may hold that their homosexuality is an Augustinian thorn as many of them do. Similarly we may even hold that it can be a kind of sickle cell anemia, a malady that also comes with benefits, as one of them wrote. But we may not hold that there is anything really wrong with their orientation.

The conversation is fascinating and I must admit I started out annoyed. After all, there are good men and women trying to be faithful but who reject the gay identity, and others who are trying to deal with the underlying psychological genesis of unwanted same-sex attraction, a process the New Homophiles largely dismiss. It will be hard for many of us to believe the Church ever could develop to the extent wanted by this school of writers and thinkers. From a disorder to a gift is a long long way to go.

The New Homophiles are not without their gay critics. In two weeks I will write about them.

I look forward to reading about them, but perhaps just reading the comments section over there will do. One friend wrote me that they were tempting him “to the sin of despair.”

Don’t despair. Let it all boil up. Something good will emerge.

I know this is a long post. Thanks for um…bearing with me.

UPDATE 1:
I may write a follow-up piece to this another time, but for today there are rainbow cookies to bake, and lots of them, so let me simply point out that I have supplied you with a plethora of links so that you may — if you’re really interested in doing more than kvetching at me — better understand where I am coming from. And for heaven’s sake, before you throw Matthew 19 at me, why not read the text of this post wherein I myself site Matthew 19! Be good readers and remember the first rule of a good debate: you have to be able to repeat the other person’s argument back to them, to their satisfaction, and then build from there. In case it’s not clear, I fully accept and endorse the church’s teaching, but I don’t think it’s something that can be declared cavalierly. Is there room, theologically and scripturally, for doctrine to develop? Well, as scripture tells us, it doesn’t hurt to ask.

UPDATE II:
Glenn Reynolds has linked over at Instapundit so I expect the combox will be hopping. WARNING: Be respectful of me, yourselves and others. It’s too close to Christmas for fighting and not only will I not do it, I’ll delete any aggressive or bullying comments. If you’re that angry, offer it up and avail yourself of these gorgeous meditations on the O Antiphons, which Joanne McPortland is offering us, on these nights of joyful anticipation — the thrill of hope. They are remarkably good, and the next one will come for Vespers, tonight. More info on these antiphons comes to us from the lovely Benedictine Nuns, of Heresfordshire, UK. 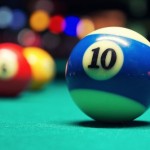 December 21, 2013 Racking Up My Balls So You Can Crack Them! UPDATED
Browse Our Archives
get the latest from
Catholic
Sign up for our newsletter
POPULAR AT PATHEOS Catholic
1

What You're Doing When You Vaccine-Shame...
Sticking the Corners
Related posts from The Anchoress

Catholic
Why Proselytizing Doesn't Work, in One Photo
The Anchoress
TRENDING AT PATHEOS Catholic