GIBRALTAR, a British overseas territory on the tip of the Iberian Peninsula, has a draconian anti-abortion law, one of the toughest in Europe.

Gibraltarian women seeking an abortion are currently forced to cross the border into Spain or face life imprisonment – and that’s the way it should stay, according to David Alton, above, a Catholic member of the UK’s House of Lords.

But things could soon change. In July 2019, the Gibraltar Parliament voted to allow abortion in some circumstances in the territory, but a “pro-life” petition signed by over 6,000 people convinced the parliament to hold a referendum on the new law.

The proposed legislation would allow a woman to terminate her pregnancy where her mental or physical health was at risk before the 12th week of pregnancy, and later if the unborn child suffers from undefined abnormality.

Alton, a leading British anti-abortionist, decided to stick his nose into Gibraltar’s affairs when he travelled last week to the protectorate  to tell a rally that:

Science teaches us that life begins at fertilization. And science has moved on dramatically since abortion was legalized.

When the UK’s obsolete limits were being set, we didn’t know what was happening in the womb. We do now. This is a law which flies in the face of science and humanity. Today we know so much more about the undeniable humanity of the child in the womb.

In a statement issued on his blog after the event, Alton said:

Today, Gibraltar will need all the courage and strength of Hercules if it is to resist their attempts to barbarize its medical services by permitting the destruction of babies in the womb.

Alton claimed Gibraltar’s new law would effectively allow abortion on demand, as has happened in the UK.

Lay people and even lawyers reading the proposed new law may think that it has many checks and balances but the UK’s experience is that they are not worth the paper on which they are written. That’s why there are 600 abortions every working day in the UK’s charnel houses. It’s why Gibraltar should vote No.

More that 72 percent of the territory’s 32,000 people are Catholic.

Last year, the British parliament imposed abortion on Northern Ireland, which was exempt from the 1967 Abortion Act. Alton was appalled, and called it “barbaric legislation.”

The “pro-life” protections were removed in a series of amendments to the Northern Ireland (Executive Formation) Bill, that had the primary function of dealing with the exercise of government functions in Northern Ireland, since the province’s self-governing executive collapsed due to inter-party conflicts in 2017.

Alton noted that even though Gibraltar has a functioning self-government, some legislators had argued the British government would impose abortion on the territory if Gibraltar’s parliament didn’t do so itself.

That is simply not true and, in any event, it would be deeply offensive for a territory which rightly boasts of having self-determination to be treated like a 19th century colony of the UK.

The Isle of Man, a Crown Dependency located between Britain and Ireland not formally part of the UK, legalised abortion in May of 2019, although the law is more restrictive than in Britain.

Currently, abortion is widely available in most of Europe, although most European countries have more restrictions than exist in the United States, which has some of the most permissive abortion laws in the world.

Abortion is illegal in the European countries of Malta, San Marino, Liechtenstein, Andorra, and Vatican City; it is legal only in very limited cases in Poland and Monaco.

Alton, for the record, is vehemently against euthanasia and assisted suicide. In 2014 he came out with this claptrap when he addressed the Oxford Union:

Euthanasia diminishes the dignity and humanity of the sick and elderly and diminishes those of us who condone it. 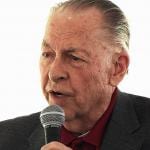 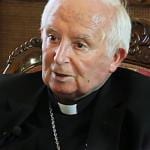 February 12, 2020 Spain moves to legalise euthansia. Catholics are horrified.
Recent Comments
42 Comments | Leave a Comment
Browse Our Archives
get the latest from
The Freethinker
Sign up for our newsletter
POPULAR AT PATHEOS Nonreligious
1