Youth pastor beaten up then arrested for touching a young boy

WHEN the father of the boy, aged nine, caught Michael Coghill, above, touching his son and and other minors at a bus station in Oklahoma, he rushed to “tackle” him.

According to LGBTQ Nation, Coghhill, 33, had been the  Youth, Family and Involvement Minister at Choctaw Church of Christ in Oklahoma City. He preached there from as early as 2014 to as late as 2019, with several of his sermons currently still available on the Choctaw Church YouTube page.

He later moved to become the “Discipleship Minister” at Lakehoma Church of Christ, which has a picture of him and his wife.

As a result of the father’s intervention, Coghill suffered “serious injuries.” He was left with with a broken eyesocket and fractured skull, and he was arrested.

Oklahoma City local news publication KFOR reports that the boy told an adult that “a guy” that was jogging had stopped and repeatedly:

Touched him on the back, and he didn’t like the way it made him feel..

Oklahoma City Police refer to the adult as a witness, but News 9 reports that the adult was the victim’s dad.

Oklahoma City Police said that the adult then monitored the bus station and videotaped the area. He saw Coghill stopping at the bus station multiple times and check his watch, before touching a child that was waiting there, along with several other minors.

Coghill was treated at Southwest Medical Center, then released when it was determined he didn’t need surgery and booked into Oklahoma County jail

LGBTQ Nation points out that one of Choctaw Church’s longtime ministers is Mike Mazzalongo, above, the creator of BibleTalk.tv and an accompanying Christian YouTube channel. He edited the anti-gay book Gay Rights or Wrongs in 1995.

Mazzalongo claimed that civil rights leaders “infused” gay rights into their politics as a way to “bolster their civil rights credentials” and that there was:

Celebration of a lifestyle that is clearly condemned in the Bible and was rejected by a vast majority of the American people not many years ago.

He puts this down to the “waning” of  “traditional Christian values.”

I will continue to pray for those who experience same sex attraction (for whatever reason) and ask the Lord to strengthen them in obeying the demands of God that lead to holiness, peace of mind, and eternal life rather than the demands of the flesh that can only lead to sin, sorrow, and condemnation.

In January, Mazzalongo mentioned the departure of Coghill, but did not explain what led to it. Mazzalongo also announced he would step down as a minister at Choctaw, but continue to attend and preach monthly at the Oklahoma church.

The church never condemned Mazzalongo’s actions and has continued to publish his work as recently as July 2021. It never announced that he would stop preaching at Choctaw, but he has since begun preaching at the Church of Christ in Spring Valley.

Lakehoma Church of Christ said in a statement on Facebook:

We were heartbroken to learn of the incident this morning involving one of our adult ministers, and our hearts go out to the child and family involved. We were shocked at this news as he had a clean background check, and we have received no reports or claims against him during his tenure. Church leadership has no tolerance for any type of abuse and is meeting tonight to discuss next steps. We will cooperate with authorities as needed.

The elders met tonight and determined it was in the best interest of all parties for Mike to be relieved from all duties. He will no longer be on staff at Lakehoma.

Choctaw Church, in contrast, has not issued a statement about their longtime youth pastor. 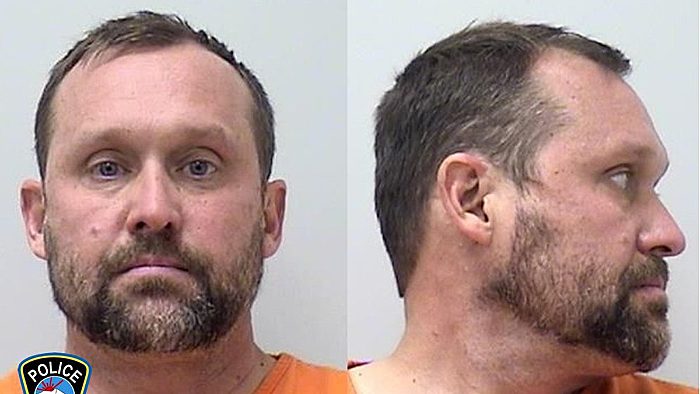 Meanwhile, at the weekend, another former youth pastor, Vincent Stites, above, was given a ten years to life sentence for sexually assaulting a child in Colorado.

September 27, 2021
Catholics protest the premiere of a lesbian nun movie in NY
Next Post