Why Are Millennials Leaving the Church in Droves? Part 3

Millennials are leaving the church for all sorts of reasons. And as I showed in a previous blog, there are different types of Leavers. However, after combing through various books 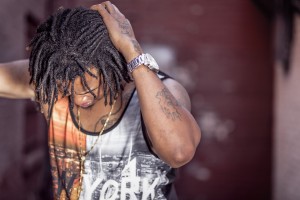 and studies on the topic, all of which consist of extensive surveys and interviews of people who have left, I’m struck by the common reasons that keep popping up. What I’ve found was not a bunch of immature and selfish desires that were unmet at church. And I didn’t see a large number of people leaving because they disagreed with Christian morals or doctrine. It wasn’t the content of Christianity that they rejected, but the posture and form of the church. Most leavers maintain their Christian faith.

In brief, three main reasons stand out above the rest. Millennials (and non-Millennials, according to Packard and Hope) desired authentic community, meaningful action, and intelligent and honest dialogue, but they didn’t find these in the churches they were a part of. Instead, they found superficial relationships, consumer-driven church services, and monological sermons that didn’t answer the deep questions the dechurched were wrestling with.

It’s like a broken record. Everything I’ve read lists community as a top reason why people have left the church (but not the faith). The dechurched long for authentic relationships, yet they didn’t find these in the church.

Now there could be many reasons for this. Maybe they were socially awkward. Maybe they didn’t put any energy into cultivating such community. I’m not canonizing their opinions as an inerrant commentary on the church. Still, the pervasiveness of this critique should cause us to wonder if the institutional church provides the best avenues for authentic community. “The dechurched consider community to be fundamental to the Christian experience,” write Packard and Hope. “They want to express and act out their faith with others” (Church Refugees, 132).

Now here’s something for you older folks to consider. According to the research, Millennials in particular desire intergenerational relationships (Stetzer, Lost and Found, 123-139; Kinnaman, You Lost Me, 28-29, 120). That is, they want to hang out with and befriend older people. And yet “for the first time in the history of the Christian church, generations do no worship together” (Stetzer, Lost and Found, 124). The whole youth group philosophy of getting teenagers together to hang out with other youth, untouched by the wisdom of their elders, is falling by the wayside. It hasn’t worked. Christians will never out entertain the world. And people are leaving the church partly because older, more mature believers didn’t take the time to say, “Can you and I spend some time together? I’d really like to get to know.”

Passing offering plates has its value. Brewing coffee is important (especially for a junkie like me). Some people love to play in the worship band, or set up chairs, or do other things that contribute to the worship service on Sunday morning.

I fear that we often reduce the concept of “ministry” to church work. Things that make for a good Sunday service. There’s a lost and dying world out there and many dechurched Leavers are bubbling over with passion and imagination about how they can make a difference in their communities. “The dechurched are walking away from church work, but not the work of the church” (Church Refugees, 55), As I said in my last post, the people most eager to do life at a place like The Vieux are millennials. They long for the gritty, meaningful ministries that have a direct impact on the world around them. Packard and Hope sum it up:

The dechurched are leaving to do more, not less. The church isn’t asking too much of people; it’s asking the wrong things of them…Jesus commanded his followers to care for the poor, the sick , and the hungry, [yet] the dechurched have experienced church as an organization that cares primarily for itself and its own members” (Church Refugees, 133).

Josh Packard and Ashleigh Hope were actually shocked at their research. When they set out to interview the dechruched, they were expecting to find people who were burned out, over worked, or simply living on the sidelines of ministry. Instead, they found people who were engaged. The dechruched they interviewed were former lay leaders, active members, congregants who were itching to live out Jesus’s radical mission to the lost. Instead of being empowered, they were stiff armed by beuracracy or given a job that helped keep the Sunday services going. According to one testimony: “There’s nothing for me to do there [in Church] that’s meaningful.”

What’s sad is that according to the surveys, when the dechurched leave, they end up pursuing their passions and furthering the kingdom of God outside the confines of an institutional church. “The dechurched saw this devotion to the Sunday morning gatherings as a resource hog” (Church Refugees, 71).

This one’s close to my heart. And I very much resonate with how the dechurched feel about this point. Put simply: the dechruched left the churched because they found it to be dishonest and shallow in how they deal with the important issues of the day. Whether it’s science, sexuality, or the problem of evil, dechurched Christians are sick and tired of the plastic answers for difficult questions. They raise questions about the interpretation of Genesis and they get labeled an evolutionist. Even worse, many dechurched people said they weren’t allowed to question, dialogue with, discuss, or 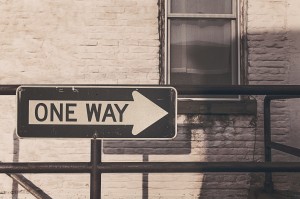 pushback against some of Christianty’s pet doctrines. I’m not talking about the deity of Christ or salvation by grace. I’m talking about the duration of hell, the genre of Jonah, and whether the Bible’s same-sex prohibitions apply to monogamous, consensual, same-sex marriages. These aren’t rebels. These are inquisitive and honest believers who didn’t find much honesty in the church.

Millennials in particular feel that the church is “anti-science” and holds onto stringent views of the age of the earth without considering other options (Kinnaman, You Lost Me, 131-148). Ken Hamm is a sharp guy, but he’s not an actual scientist, and taking your kids to the Creation Museum will not prepare them for a real university. Maybe homeschooling your kids is a great form of education, but for Pete’s sake, let’s not make this one of the essentials. Yes, we should take the Bible literally—but only when the biblical authors use language that suggest they were intending a literal meaning. There are many metaphors and figures of speech in the Scriptures.

The point is, we need to cultivate safe places in the church where people can ask really hard answers and engage in a listening dialogue rather than a pontifical monologue with no time for Q & A. Church leaders need to listen and be comfortable saying, “That’s a really good question, and I don’t know the answer. Why don’t we study it together and talk about it.”

I long for the days when Chrsitians are known for being the most gracious people on Facebook, the most eager to listen to other viewpoints, the most intelligent and well-read conversation partners, and are willing to engage in thoughtful, humble, humanizing dialogue with other people.

Create a community like this, and you’re bound to de-dechurch the dechurched.

September 24, 2015 4 Questions for Preston Sprinkle, by Josh Packard
Recent Comments
0 | Leave a Comment
Browse Our Archives
Related posts from Theology in the Raw