Would You Rather Be Proven Right or Wrong?

Would You Rather Be Proven Right or Wrong? August 14, 2020 Scott R. Stahlecker

Back in 1987, I was standing at attention with the rest of my army company at McNair Kaserne near Frankfurt, Germany. It was a crisp autumn morning and by 10:45 am the sun had crept over the three-story wall of the WWII barracks. Its rays were reflecting off the patent leather shoes of all the soldiers present. I’d been prepping for the full-dress inspection for days. My olive drab suit had been smarty dry-cleaned, and its creases stood like mountain peaks. My brass belt buckle sparkled. The rainbow-colored awards across my left chest were all lined up, and my marksmanship badge dangled beneath them. According to the ruler I used the night before every badge and insignia was perfectly positioned per regulation.

Approaching me out of the corner of my right eye was my company commander. He halted before me, snapped a quarter-step to his left, and we both stood at attention facing each other. He gave me a quick look-over, but his eyes landed on my circular US identifier on the points of my collars.

“Sergeant Stahlecker, your US insignia is too high.”

He thought for a moment, looked me in the eye and said, “I stand corrected.”

To this day his integrity impresses me. Despite outranking me he owned up to his mistake.

How smart are you?

From Christians to atheists, to car mechanics, hamburger grillers, computer programmers, farmers, scientists, and retail clerks—et al; what do all of these individuals have in common? They all know a lot about their professions and areas of interest, but if they died and were cryopreserved, 500 years from now most of the knowledge they had acquired would be useless.

Do you know how to drive a car? Great, but if cars are still around in 500 years you won’t know what the knobs on the dashboard do. Have great computer skills? Decades from now these same skills will get you a job digging ditches. Know your way around a 69 Chevy Nova? (My dream hotrod.) Well, years from now your Craftsman toolbox will be in the Smithsonian. Have advanced degrees? With the utmost respect, I humbly suggest, your degrees will be outdated in the future. What does all this mean? Well, in the not so distant future whatever work skills and education we have learned will no longer be applicable. Sure, we’ll still be able to eat and dress ourselves, but we’d be dumb as a doorknob once we unthawed, and perhaps even test out with significantly lower IQs than the average tween of thirteen.

Speaking of IQs . . . This recent study reported by the BBC indicates that on average, intelligence has risen 20 IQ points since 1950.

It’s particularly hard to imagine what the face of religion will look like in five more centuries. Roughly 3.8 billion people today follow one of the Abrahamic religions. The Jewish people are still awaiting the dawn of the messianic age, and Muslims and Christians are still waiting for the return of their messiah. I suspect these religions will be around in the year 2520 CE, but they will have all changed dramatically. 500 years hence, what these religions will be teaching is anyone’s guess.

If we can relate to the concept that most of what we think about everyday represents just information, which in effect will be outdated in the future; and if we can concede that many tenets of the Abrahamic religions will be modified to appeal to future generations, then it makes one wonder:

This is an important question to answer if we want to focus our minds on the qualities of life that transcend time; those which edify us personally and enrich humanity in the long run. There are several areas this question could lead us towards investigating, but I’d like to focus on just one key area, which has to do with the unique human traits we foster to maintain our connections to one another.

When the Beetles released “All You Need Is Love” in 1967, some say the band pretty much nailed everything humanity will ever need. Jesus expressed a similar sentiment when he said, “In everything, therefore, treat people the same way you want them to treat you, for this is the Law and the Prophets.” Matthew 7:12 NASB. The Muslim sacred texts also express the ethics of reciprocity. “None of you has faith until he loves for his brother or his neighbor what he loves for himself.” Sahih Muslim, Book 1, Number 72.

We know, of course, that love is just one emotion which binds humanity together. Compassion and empathy are others. Yet, there are other kinds of informative ideas and concepts we can occupy our minds with that are not emotions. They’re rather more like attitudes we develop to complement our personalities. Tolerance, patience, will-power, and civility are just a few of these. Aside from enriching our emotional intelligence there are also other higher-level aspects to life such as equality and justice that we can grow in the laboratory of our minds. And if we really want to expand our mental capabilities, we can seek to become more creative and artistic, embrace free and rational thought, entertain the ideas of poets and philosophers, and otherwise, do what we can to increase our brain power.

We all have a lot of thoughts floating around in our heads. Most of what we think about is just information that’s really only pertinent to our place in time. This finite base of knowledge also applies to many of our religious beliefs or political views. You see, the trouble is we tend to think our beliefs are worth dying for. (In the right place and time—perhaps.) But hardened beliefs can easily erode with the passage of time, and people can change their political affiliations at the turn of a news segment. Even those who rely on science must recognize that how they interpret facts can change when new data prevents itself.

Consider our human origins: Until recently, human evolution could be depicted with a cartoon characterized by a chimp evolving into a Neanderthal then finally into a clean-shaven yuppie. These days, newer science suggests there were many different species of hominids—all of which became extinct except Homo sapiens—and some of which may not have originated in Africa.

As a practical exercise …

When you have a moment, think about how much time your mind is devoted to your work, personal interests, or everyday life. In 500 years—much less a few generations—what percentage of your thoughts will be obsolete? Then reflect on the kinds of informative thoughts which edify you, enrich your personal relationships, or make the world a better place. While these two different wellsprings of thought do blend together depending on the subject matter, I’m sure you’ll discover there’s a clear distinction between the two.

It’s been a long time since I heard my commander speak those words, but I take them to heart often. I’m proud of what my life experiences have taught me since then, but I’m acutely aware that about 75% or more of my thoughts involve “stuff” that’s only important within my circle of influence and at a particular moment in history. Like most people, I enjoy being right, but I’m more than happy to “stand corrected” anytime I’m presented with information that proves me wrong. (Either way, I learn.) What’s far more important to me is focusing my mental energy on the kinds of emotions, ideas, and concepts that help me to become a better person, and hopefully, contribute to making a better world. 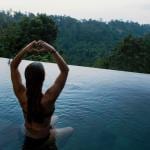 August 17, 2020 Meditation for Freethinkers: A Quick-Start Guide
Recent Comments
352 Comments | Leave a Comment
Browse Our Archives
get the latest from
Nonreligious
Sign up for our newsletter
POPULAR AT PATHEOS Nonreligious
1 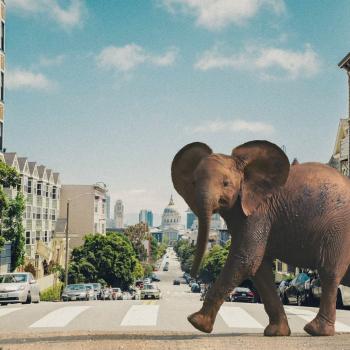 Nonreligious
Elephants, Evolution, and The Epitome of Existence
Thinkadelics
TRENDING AT PATHEOS Nonreligious

352 responses to “Would You Rather Be Proven Right or Wrong?”