This came from Humanists UK:

The 34th annual British Social Attitudes Survey has shown that non-religious people represent a clear majority of British people in 2017, accounting for 53% of the population. This is a new high for the non-religious population, which was previously estimated at 51% in 2014.

The result is consistent with other recent polls which ask the questions ‘Do you consider yourself to have a religion?’ and ‘If so, which one?’, which will typically find that non‑religious Britons represent roughly half the population. The strength of the British Social Attitudes Survey’s result, in particular, is that it has asked the same question every year for several decades, creating a real-time picture of how attitudes to religion in Britain have changed with demographic shifts.

Most noticeable is the distinction between the views of younger age cohorts and older age cohorts; a majority of older Britons have strong religious identities that are not widely shared by their children and grandchildren. The result of this has been the rapid decline in the popularity of religion as people from older generations die.

An even stronger result was found in the related Scottish Social Attitudes Survey, which found that 58% of Scots consider themselves non-religious, including 74% of Scots aged 18-34. The only generation where religious belief was in the majority was Scots aged 65+, of whom only 34% were non-religious, compared to 57% of Scots aged 50-64.

In contrast, polls like the UK national census which use the leading question ‘What is your religion?’ tend to over-estimate religious belief in Britain by encouraging identification with a cultural or ethnic religious identity. The next census is scheduled for 2021 and Humanists UK has been campaigning, as it did 10 years previously, to see the question changed to the much more statistically valid and sound model used by the social attitudes surveys.

Humanists UK Chief Executive Andrew Copson commented that ‘For some time now, Prime Ministers, First Ministers, and senior politicians in every part of the country have made special claims for this being a “Christian country” as a means of justifying privileges given to religious institutions in our politics and in our public life. But the evidence again shows that the UK cannot be seen as a Christian country in anything but a narrow constitutional sense. We are simply not a nation of believing, practising Christians. We are a diverse, plural country made up of people from a range of beliefs and backgrounds, united not by a single creed but by common values such as empathy, compassion, and kindness, which predate the major religions.

‘Yet as religion’s popularity declines, its disproportionate influence in our politics continues to grow. 26 bishops from the Anglican church sit and vote in the UK Parliament. A generation of young people are compelled by law to take part in Christian worship during assemblies. Over a third of our schools are ‘faith’ schools, most of which use religiously selective admissions criteria that discriminate against poorer families and families with no religion. And legal loopholes mean that religious institutions carrying out council contracts cannot be challenged for homophobic and sectarian discrimination. Surely all of this needs to be looked at again, and with some urgency, if we truly want to live in a fair society ensuring freedom of choice for everyone, regardless of religion or belief.’

The British Social Attitudes Survey is a robust national survey of British people’s beliefs and attitudes published each year by NatCen. Its 34th edition, published in June 2017, found that 52.8% of the population were non-religious, while 15% identify as Anglican, 8.5% as Roman Catholic, and 17% as other sorts of Christian. Just 6.3% of of people in Britain belong to the smaller religions (Islam, Judaism, Hinduism, Sikhism and others grouped together). 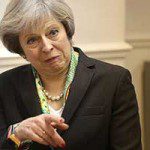 July 6, 2017
The UK Government Is Very Open about Its Bribery and Hypocrisy
Next Post 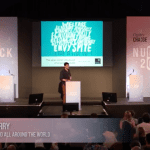 July 7, 2017 Morality is about cooperation...
Recent Comments
0 | Leave a Comment
"You do realize the Modern Republikan Party is the successor to the Southern Democrats of ..."
Christian Eye Openers…and then, a Big One
"Exegesis refers to presenting the meaning of theological myths. Analysis is quite appropriate, traitor."
Boreal-Deport Republicans. Cover Thoughts?
"I think that the question mark dominating the crosses, both in size and position is ..."
Boreal-Deport Republicans. Cover Thoughts?
"Before I explain it, perhaps you could provide definitions to the following terms:nation-statestateless nationmultinational stateIf ..."
hiernonymous Darwin Day:
Browse Our Archives
get the latest from
A Tippling Philosopher
Sign up for our newsletter
POPULAR AT PATHEOS Nonreligious
1