For those of us in the atheistic blogosphere, the fact that there is a close relationship in the States between gun ownership (and fervour) and religiosity is not surprising. This piece of research is an interesting window into that relationship:

Whether it’s a fear of violence or a steadfast belief in constitutional rights, Americans have strong opinions on why they need guns. But concerns about Satan and Armageddon also enter into their decision-making. 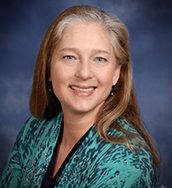 “People have these stereotypes of religious individuals and think their connections to guns are simple, when in fact they’re fairly complex,” said Margaret Kelley, associate professor of American studies at the University of Kansas.

“One of our main findings is religion actually drives responsible gun ownership. Because of their duty, they needed to be diligent about training and practicing and making sure they are careful with their firearm.”

That’s among the revelations in her new article, “The Protestant Ethic and the Spirit of Gun Ownership,” which looks at how such beliefs shape national attitudes about these weapons. It appears in the Journal for the Scientific Study of Religion.

Co-written with Abigail Vegter, a KU doctoral student in political science, the article incorporates interviews with dozens of Christian gun owners in the Midwest. This research suggests religious ethic “guides individual gun owners to stress the need to protect, be diligent and defend.”

For example, one such subject named Greg, a 63-year-old white man, discusses watching the film “American Sniper.” In this biopic of Chris Kyle, the Navy SEAL sniper is asked why he chose that job.

“He goes, ‘Because there’s evil in the world,’” Greg recalled in the article. Greg confirmed that supernatural evil was his chief reason for keeping firearms, whether as a protection from Satan or as a way to stave off the apocalypse.

Kelley noted that white evangelical Protestants are not only more likely to possess guns, but they are also less likely to support gun control. They are also more inclined to address gun violence with policy interventions that don’t reduce the amount or types of firearms such as “expanded concealed carry laws, better mental health screenings and a greater emphasis on God in public schools and society.”

Despite this close connection to the weapons themselves, Kelley found that actually firing them presented entirely different responses.

“Almost none of these people want to go out and use lethal force. In fact, that’s the last thing they want to do,” she said. “You have to really wrestle with big moral issues to carry a gun and to be willing to use it. That requires, at least in part, in their religious duty to not create more of a problem. There are certainly gun-toting folks out there who are not practicing and training, but many, including the individuals in my study, are very diligent.”

She says there are differences in theological foundations for many religions. Yet the Protestant relationship with firearms is particularly intense, whether it’s because of the influence of their evangelical wing or other attitudes about behavior unique to the faith.

On the flip side, Kelley said some religions draw the line in places Protestants do not.

“Catholics, for example, tend toward the other end of the spectrum,” she said. “That in the end, you simply can’t take a life. You might be wrong. Although there are exceptions for defense of self in many religious traditions, this is more common in some forms of Protestantism. But it’s not just Protestantism that leads to a religious or spiritual ethic of gun ownership.”

Currently, most people associate gun ownership more in terms of political and social movements instead of religion. Even that is showing signs of change.

“There are things like the National African American Gun Association and a group called Pink Pistols that is organized around supporting sexual minorities and women in their pursuit to arm themselves. We’re seeing a growing diversity among gun owners. I don’t know how that’s connected to religion necessarily, but there is in terms of social upheaval right now an interest in what it means to be armed,” she said.

Kelley herself bought a pistol when researching this project.

“I was a very adamant anti-gun person in my former research life,” she said.

“Because I’m a sociologist by training – and this is an observation project – I needed to participate in order to recruit. And it got very expensive. Going to the range, I would rent a firearm and buy ammunition. I didn’t have funding at that point, so I finally just decided, ‘I can’t continue if I don’t own a gun.’”

Now in her fifth year at KU, the Kansas native originally focused on drug and alcohol studies while earning her doctorate at New York University.

“I actually didn’t study guns until I moved back to Kansas and got into this very unique gun culture here,” said Kelley, who is also the director of graduate studies in her department.

Her research is part of a larger book project about “normal people using normal guns,” specifically focusing on the average woman gun owner in middle America.

While “The Protestant Ethic and the Spirit of Gun Ownership” only relies on interviews with Kansans, Kelley believes it is quite representative of a significant chunk of the U.S. population.

“You will find these kinds of gun owners in all parts of the country,” she said. “Some people everywhere think this way about religion and guns.” 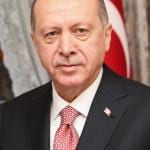 Nonreligious
A Strong and Brave Woman
A Tippling Philosopher

Nonreligious
A Severe Headache for the Gang of Four...
A Tippling Philosopher

Babbling in "Tongues"
By James A. Haught President Trump's nomination of Amy Coney Barrett to...
view all Nonreligious blogs
What Are Your Thoughts?leave a comment
Copyright 2008-2020, Patheos. All rights reserved.