Resurrection and The Problem with “God”

Resurrection and The Problem with “God” January 6, 2021 Jonathan MS Pearce

I have finished writing my book on the Resurrection that is the sister-book to my previous The Nativity: A Critical Examination [UK] and several commenters and regulars here have looked it over and thoroughly proofed it (still ongoing). One such person has just fed back with this fab feedback (I hope they don’t mind me posting this here):

Absolutely it works. Maybe if I was a biblical expert I’d be able to suggest an improvement, but I really can’t. I’m racking my brain to try and be clever and profound in suggesting something but I can’t think what it is. The order works well, there’s no doubt (I’m nowhere near finished yet, but I skimmed to the end last time round). I’m finding I’m reading it almost as a novel, wondering what happens next. The inconsistencies keep piling up, and your speculation as to how the gospels were contrived theologically is thought-provoking.
Actually, perhaps that’s the secret: short and sweet, for a book of its kind. As to does it have an audience, I don’t know? I think it depends on whether you can market it as a sort of mystery, not exactly a novel of course, but something that might excite people to want to read it. Distinguish it from standard apologist books on the subject ‘an atheist examines the evidence for the most famous miracle of all: you’ll be surprised at the result. Jonathan Pearce takes us on a journey through the evidence for the claimed resurrection of Jesus in a way that’s never been done, in a book that reads almost like a novel, and with surprises at every turn of the page’. Well, something like this. It’ll be interesting to know what David thinks. 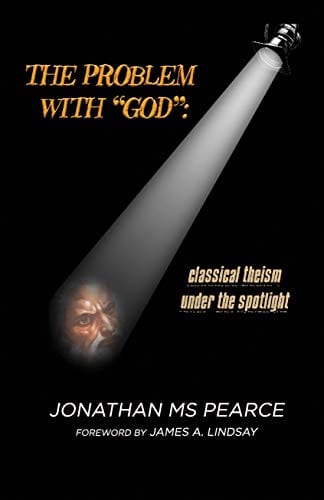 And to add to the good news on that front, author David Fitzgerald has agreed to write the foreword. He wrote the foreword to my Nativity sister-book to this one, so that feels right.

On a related note, my reasonably priced ebook The Problem with “God”: Classical Theism under the Spotlight [UK] has been tweaked, cleaned up and is now available on Kindle in renewed form, as well as soon on Kobo and Nook.

In response to a few requests, it will also be out on reasonably priced paperback by the end of the month.

Finally, I have another anthology of previous writing as well as new, original material, being put together into a new ebook (with paperback possibly to follow). The title is provisionally Finding that a Black Cat in a Dark Room Isn’t There: Collected Essays on the Philosophy of Religion.

I am almost done compiling it before I’ll edit it and get some proofing from third parties done.

If you put this together with my sequel to my fiction series Suvival of the Fittest [UK] (the next one is called Adaptation), which is written and edited and just receiving endorsements, then there will be a flurry of book publications over the next few months.

Thanks for your support, peoples, and grab a copy of these books if you are able!

January 6, 2021
Is Prayer Just Intention on Spiritual Steroids?
Next Post

January 6, 2021 The Single Worst President(ial Address) in Modern Times
Recent Comments
0 | Leave a Comment
"Yep. skl arrived with his usual load of BS."
BertB Lies. Liars and Truthtellers
"Hosea speaks in general terms, but doesn’t have the social justice focus to the same ..."
Cynthia The Most Pathetic Christian Argument I ..."
"I knew it couldn't last. We went for almost a full day without any garbage.. ..."
BertB Lies. Liars and Truthtellers
"You are blocked on CE. Your post might be visible temporarily in Recent Comments. I ..."
Greg G. The Trial of Jesus
Browse Our Archives
get the latest from
A Tippling Philosopher
Sign up for our newsletter
POPULAR AT PATHEOS Nonreligious
1