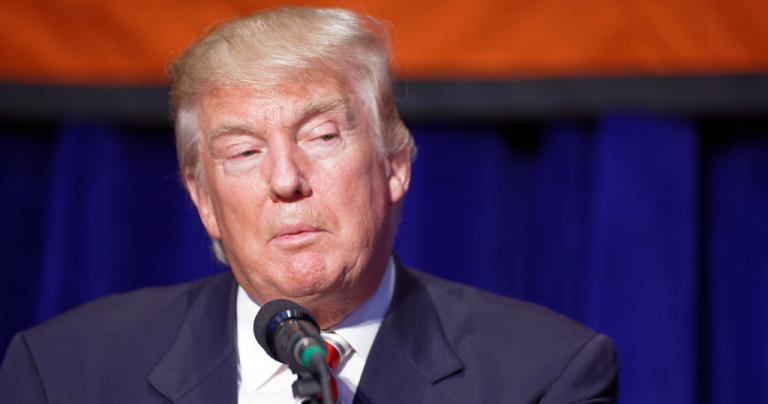 In the wake of the mass shootings in El Paso, Texas and Dayton, Ohio, President Trump made statements. Trump has made it clear there is no place for hate so he is holding immigrants, people with mental illness, journalists, and video games accountable.

On August 5th of 2019, President Trump took to Twitter to state:

“The Media has a big responsibility to life and safety in our Country. Fake News has contributed greatly to the anger and rage that has built up over many years. News coverage has got to start being fair, balanced and unbiased, or these terrible problems will only get worse!”

Trump has celebrated violent assaults of reporters by other elected GOP officials. Since being elected and swearing an oath to defend and uphold the constitution, he has often personally threatened reporters and promised to pass laws and penalize journalists in a direct assault on the first amendment rights of a free press.

On August 5th of 2019, President Trump took to Twitter to state:

“Republicans and Democrats must come together and get strong background checks, perhaps marrying this legislation with desperately needed immigration reform. We must have something good, if not GREAT, come out of these two tragic events!”

Trump has a history of anti immigrant rhetoric since being elected president regardless of their compliance with US Laws. Near the border we have concentration camps full of immigrants. To date, at least 24 immigrants have died in U.S. Custody. Of those, 6 were children. He has even made racist comments towards a legal immigrant and elected member of the U.S House of Representatives. He stood silently complicit while a crowd chanted to send her back.

On August 5th of 2019, Trump gave a speech about the shootings and his plan to deal with mass shootings of this nature. In that speech, his third point was about people with mental illnesses.

“We must reform our mental health laws to better identify mentally disturbed individuals who may commit acts of violence and make sure those people not only get treatment, but, when necessary, involuntary confinement. Mental illness and hatred pulls the trigger, not the gun.”

Since being elected president, Trump has reversed Obama-era regulations that made it more difficult for people with mental illnesses to obtain a weapon. Furthermore, mental health experts and leaders in the American Psychological Association have stated that there is not only no correlation between mental illness and gun violence, but people with mental illnesses are more likely to be victims of violent crime as opposed to the cause of violent crime. He does not state involuntary hospitalization, which most states already have programs for if someone is deemed a threat to themselves or others. Trump states involuntary confinement. We have seen the Trump administration’s definition of involuntary confinement in how he treats people legally seeking asylum. The current centers for people who have not committed felonies, which includes children, have proved to be cruel and illegal concentration camps.

Who will determine what constitutes a dangerous individual with a mental health concern to be federally detained? The Amarican Psychiatric Association has not been consulted. Will it be the President through executive action? Will it be the GOP? Some of the elected officials have blamed LGBTQ protections for the mass shootings and feel being LGBTQ is a treatable mental disorder through conversion therapy. They have also tried to adopt parental choice to involuntarily commit their LGBTQ+ children as an official GOP platform.

“We must stop the glorification of violence in our society. This includes the gruesome and grisly video games that are now commonplace. It is too easy today for troubled youth to surround themselves with a culture that celebrates violence. We must stop or substantially reduce this.”

Japan, the UK, Australia and many other countries who do not have mass shootings have the same access video games the United States have. There is no correlation that can be cited that connects video game usage to mass shootings. Will this immediate action be done through executive order or legislation?

What Trump Does Not Say

If reporters, immigrants, LGBTQ+ people, people with mental illness, video games are part of the profile for contribution to mass shootings, a lot of people may lose not only their first amendment rights, but also the fourth, fifth, sixth, seventh, eighth and fourteenth amendment. Nothing, however, will happen to the second amendment.

The only way that the citizens of Puerto Rico could address the illegal and immoral actions of the highest member of their executive branch was through a free press, freedom of assembly and freedom of speech. Exercising these freedoms were not taken to well by the authorities. Citizens were shot at with rubber bullets, tear gas and flash grenades by police.

Every president of the United States makes an oath to uphold and defend the constitution. There are 27 amendments to the U.S. Constitution, not just one.

I am appreciative for the opportunity to write in these spaces, but the financial reward is less than minimum wage. Every Patreon and gift makes continuing this work possible. If you like what you read here and wish to support this work financially, I would appreciate it. 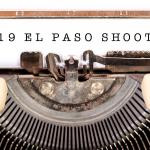 August 4, 2019
Bipartisan Thoughts And Prayers Fail El Paso as 20 Die In a Mass Shooting
Next Post 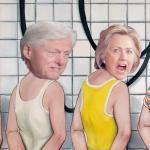 August 12, 2019 Jeffrey Epstein Conspiracy Theories and Nietzsche's Monsters
Recent Comments
0 | Leave a Comment
Browse Our Archives
get the latest from
TransParent Expedition
Sign up for our newsletter
POPULAR AT PATHEOS Nonreligious
1

'No gratuitous violence in the Bible,'...
The Freethinker
Related posts from TransParent Expedition