Krishna is a Myth; Jesus is a Myth

A lot of times religious people get very upset at the suggestion that figures and stories about their religion might be more mythical than literally and historically true. I’m not sure why this is.

I guess people feel like it legitimizes their religion. For those who need their religion to be seen as the best one or the only “real” one in the world, being able to say that their saint or prophet actually lived while others did not must help them bolster their belief that it is real.

I don’t think it matters at all whether Jesus really lived or whether he really said what he said. I don’t care if it was Lau-tzu who said the things attributed to Lau-tzu. Someone said them and they have wisdom. It’s the message itself, the wisdom itself that matters to me, not what name you stick on it.

What if it is myth? Does myth mean it’s not important or not valuable? Absolutely not. People associate “myth” with meaning an older belief system that no one holds anymore, that has been proved wrong (I guess). I don’t think that’s what it means at all.

We have an obsession in the modern day with fact. Things have to have literally happened or they aren’t valuable to us. People in earlier times did not feel that way and I personally don’t feel that way. Maybe that’s the reason I’m a fiction writer in my profession. I value story telling and the truth that stories impart metaphorically rather than literally.

Maybe Krishna really lived. Maybe he didn’t. I don’t need to examine historical records and work at proving that he really lived in order to get the life-changing benefits of the Bhagavad-Gita.

There is huge value in stories, parables, myths, and fables. Human beings have passed the most important information we have in these ways. We’ve saved the lessons we find most important in stories of magic, dragons, princesses, and genies. Art, stories, and creative expression find new ways to expand our minds to see the fullness of God.

Of course Krishna is real. Whether or not he ever had a physical body and walked this earth, he exists within the practice of thousands of worshipers. 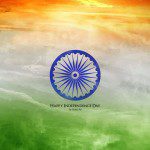