Krishna and Jesus Are Not the Same

I like the idea of showing that Jesus is not a special snowflake and unique in world mythology, but so far when people try to show proto-Jesus “myths” they get all the facts wrong and I’m getting pretty sick of the misinformation.

It’s not hard to find stories of the birth of Krishna and yet in all these articles I see absolutely incorrect information about it.

This week I saw one that made claims such as Krishna was born in a manager (in reality he was born in a prison), that his mother was a virgin (in reality she had seven children before him), that shepherds visited him and wise men brought gifts of frankincense, myrrh, and gold (in prison? No. There were no guests). That Krishna was baptized (what does that even mean for a non-Christian?) and that he rose from the dead (reincarnation makes rising from the dead pretty pointless even if he did).

I don’t want to link to the particular article that I saw this week but I’ve been told by people of the other religions represented that none of the stories are accurate to the Gods in question. I have to wonder what research the author did but then I know it’s not hard to find absurdly untrue stories about Krishna that try to link him to Christ.

If you want to find historical figures older than Jesus who had similar origin stories I wish you lots of luck but you’ll have to look elsewhere. Krishna does not share all that much in common with Jesus. The only things are that Krishna is an incarnation of God and he performed many miracles. End of similarities. 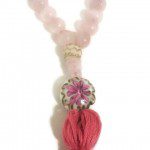 January 4, 2016
Deja Vu and the Present Moment
Next Post