It seems like there is a lot of misunderstanding around the concept of trigger warnings. The idea behind trigger warnings is that before a piece of writing or a video or show or movie, etc. you would let people know if the content includes difficult subject matter that may be a trigger for someone who has experienced related trauma.

The criticism of it that I hear most is that it coddles people and the general moaning about our society getting so weak and full of people who crumble with any adversity. “We’re all turning into pussies” and that kind of thing. (Strangely, people get so worked into a frenzy over trigger warnings that it seems fair to include a trigger warning on this post to say that it is about trigger warnings!)

Trigger warnings are not really there for the purpose of coddling overly sensitive people.

(although that’s not always a bad thing either). Their purpose is really to help those who have already overcome tremendous adversity. More than the people complaining usually have.

Someone who has been through being abused as a child, for example, isn’t being weak for avoiding a movie about a child predetor. They know that it could bring back memories that they don’t need to deal with at that moment. Also, seeing a trigger warning on something doesn’t mean you’re going to avoid it. It allows you to make an informed decision based on knowing yourself and what you feel like dealing with on that day. We have a movie rating system and no one says we’re making our children weak because we warn them ahead of time if a movie has adult themes.

But yes, the purpose of trigger warnings is really for the strong people, the people who have survived things most of us never have to face.

Another way to think about it is if you have a cat and you want to invite friends over.

You would probably tell them you have a cat in case anyone is allergic. You give that warning that an allergy could be triggered. Your friends can then decide to take a Claritin or not come or come and just deal with it. You give them the chance to make an informed decision in regard to their health. Is that coddling weakness? I don’t think so.

Even though I have not been through any traumas, there are times when I would have appreciated a warning about certain content.

For example, back when Brad and I were first starting dating and I was living alone I decided to relax before bed by watching a movie. I scrolled through Netflix and saw a movie called The House Of Yes. The cover is white with a woman dressed in a pink suit. It looks cute. The description said that it was about family secrets being revealed at a Thanksgiving dinner. Family secrets is an enticing plot. I’m always interested when I hear “secrets revealed.”

If I had looked on IMDB I would have gotten a more accurate description of the content I’d be watching, but Netflix gave no indication that this is actually one of the darkest things I have ever seen in my life. It left me so disturbed I couldn’t sleep. I considered calling Brad but our relationship was too new for me to sob to him on the phone at 3 in the morning. I called my mom, who said, “Why would you watch something like that before bed?!”

And that’s the thing: I had no way of knowing it was going to be so disturbing.

There were no indications that it was actually about incest and murder. If I had a trigger warning on that I could have made the informed decision to either not watch it (I mean, is my life really going to be lessened if I don’t watch a Tory Spelling movie?) Or to watch it with Brad during the day.

I’ll give you another similar example.

I had another time when  a movie did not give me enough information about its disturbing content. I think it was called The Other Woman, although I can’t find it on IMDB. It has Natalie Portman. Its description said it was about a woman adjusting to being a stepmom. I had no way of knowing when browsing through looking for a movie to watch that it was also going to include….SPOILERS…

Sudden infant death. It is actually about a woman who is struggling to connect with her stepson after her own baby dies in her arms while she’s sleeping. Like she was so tired she fell asleep with the baby in a rocking chair and woke up to a dead infant. Later she is reassured that she didn’t kill her baby, it was SIDS and there was nothing she could have done.

I was pregnant at the time so you can imagine that I had a very hard time coping with a story about a baby randomly dying in its mother’s arms!

I feel no shame in saying that if I had known about that plot I would not have watched the movie. Does that make me weak? To be honest, I don’t care. I know what kinds of content are going to throw off my psyche and it’s perfectly reasonable to avoid it or to consume it when I’m ready and prepared for it. The world will not end if I haven’t seen a particular movie.

It’s like my mom always used to say, “Feed your mind good food.”

How can you know if that food for the mind is right for you or not if there’s no nutritional label? 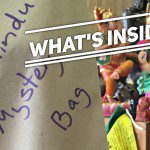 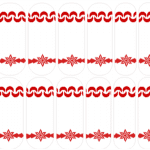 July 25, 2017 Hindu Festivals in August
Recent Comments
13 Comments | Leave a Comment
Browse Our Archives
get the latest from
The White Hindu
Sign up for our newsletter
POPULAR AT PATHEOS Hindu
1

Meditation Is Waiting
The White Hindu
4