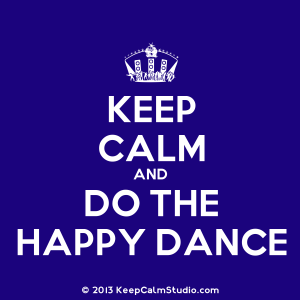 It seems the creation…*ahem*… “museum” is in a spot of trouble.

In a developing story from Kentucky, the Creation Museum is running out of money due to declining attendance, bringing their “Ark Encounter” project to a stand-still because of a lack of funding.

Admittedly I did a little tap dance off the edge of the couch when I read that.  What made me go into a full on number reminiscent of West Side Story was the reason why:

Interestingly, the reason for the slowing traffic seems to be creationism itself, since the main exhibit has literally not changed in 5 years. Most museums’ exhibits change as new discoveries are made, as artifacts travel from other museums to visit, or as adjustments in scientific thinking are made.

It’s failing because…wait for it…it’s not a museum.

It’s strange.  When the creation  “museum” was first built, it was claimed by many pro-museum people that the lord provided.  Of course, several wealthy Christian donors were who actually provided.  Hell, if the lord wanted the thing built he could’ve just willed it into existence like he supposedly did with the universe.  But no, the lord didn’t do shit (like always), and so people made it happen.

I’m sure the people behind the “museum” in Kentucky will once again insist that the lord will provide, right before doing exactly what anybody would do if there were no divine being looking out for them: rely on people to make things happen.  And if Ken Ham’s project goes under it will be because people stopped providing and god didn’t decide to start now.  When religious people ask atheists where we find hope, the answer is that we find hope in the exact same place as the people claiming to find hope in god: we find our hope in humanity.  Atheists just don’t beat around the bush about it.

We also don’t run around saying how terrible humankind is, how we’re worthy of eternal torment, even as we rely on humankind for literally everything good in our lives.

June 28, 2013
Conservatives on DOMA/Prop 8: the product of procedures laid out in the Constitution is unconstitutional!
Next Post

June 29, 2013 Fifty more secular monuments coming from American Atheists.
Recent Comments
0 | Leave a Comment
Browse Our Archives
get the latest from
Nonreligious
Sign up for our newsletter
POPULAR AT PATHEOS Nonreligious
1