All the Rage: Fashionable Occult Practices and Furious Consequences

For God so loved the world, that he gave his only Son, that whoever believes in him should not perish but have eternal life. ~ John 3:16

In last week's column, I gave an overview of the Catholic view of the occult and related it to the common problem of Catholics dabbling in its popular forms. Those who dabble tend to lose their faith in gradual stages, even as they become irrationally argumentative and contemptuous of religious people. As they lose their faith, they lose their peace. And if you question them at all, they get good and mad.

The response was predictable. Catholics and other Christians were supportive. But most of those involved in some form of occult spirituality were enraged. Sadly, they made my point for me. I urge those of you who are prayerful people to keep them in your daily intentions.

A few days ago, I got an email from the owner of a terrific website called, The Catholic Jedi Academy, asking permission to publish a copy of my column for his readers. The site owner, Fr. James Reynolds, a diocesan priest in New York, has had more than his share of experience with the paranormal. I had a very interesting chat with him and he shared some observations that were helpful to me. I hope they are helpful to you, too.

Father Reynolds, how did you become interested in exposing the occult?

For me, the paranormal stuff has been going on for over thirty years. I'm a statistical oddity among priests. I have had more encounters with the paranormal, with strange things happening, and so called 'haunted houses' than most of my confreres.

The Lord gets me involved with this. People come up to me at Mass and ask me for help. And that started way back, even before I was in the seminary. Two of my friends lived in houses that were haunted, and it was substantial stuff that could really scare you: doors moving, furniture being lifted and shoved around, strange noises, seeing things. And as I went along, I guess the Lord decided, "You've had a dose, now, so I'll send people to you."

I got a phone call one night from a friend, who said, "Turn on your TV to channel so-and-so," and I said, "Why?" And he just said, "Turn it on, right now!" And I look, and it's John Edward's show (the famous necromancer), and there he is talking to people in the audience. And who's sitting right behind him? Three of my Eucharistic ministers!

There was a story on what they call 'cold readings' on one of the news shows (possibly 20/20), that featured a British man claiming that what John Edwards is doing is a 'cold reading.' And he explained the psychology of it and then he demonstrated how it works.

First, the British man advertised that he was a psychic. And then the people walked in and because they believed it, they anticipated it, and they made it happen. He asked generic questions and they filled in the blanks. So he does this with an audience and they're telling him everything he needs to pull off the illusion, and they're all crying and emotional. And then he says, "I have to stop this," and they are all in shock when he tells them it was all made up.

He says that somebody who is shrewd enough to observe body language and knows the right questions to ask can make it look real. And if he gets stuck, he says the spirit is telling him that 'he has to go now,' and 'that'll be a thousand dollars each!'

But even if the psychic is faking it, isn't damage still done to their souls?

The way I describe it is it's like lint on your clothes. You go to the psychic, and even if the guy is a fraud he may be under the influence of demons who give him tidbits of information so that you'll believe him. And once you leave there, you never leave alone. Something always comes with you, like lint on your clothing. And until you make an effort to take it off, they'll keep at you.

Is it enough to confess the sin of your occult involvement, repent sincerely, and stay away from it in future, or is more needed?

The sins are forgiven if you confess, but what many priests don't realize is that now you have to evict these things from being around you or working within your mind. First you confess the sin and the grace of absolution fills you again. But with that grace now you have to fight these things off, change your lifestyle. You have to stop thinking with a certain mentality.

Would the person need prayers of deliverance?

If the priest offers it, of course they're going to take it. But depending on their expectations it may not be appropriate. He should ask them, "But did you go to confession, are you trying to fight this off?"

Four times I did some kind of deliverance prayer and prayed over (and with) a person for several days, over the course of a week or two, and they started to say, "I don't feel it any more. 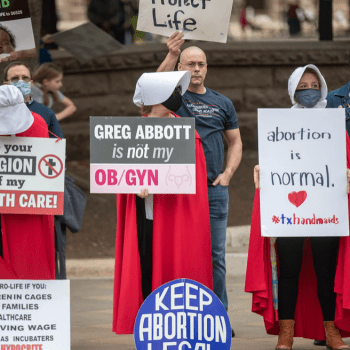 Why Is an Extremist Pastor Hosting a School Board Candidate Forum at His...
Hemant Mehta
3 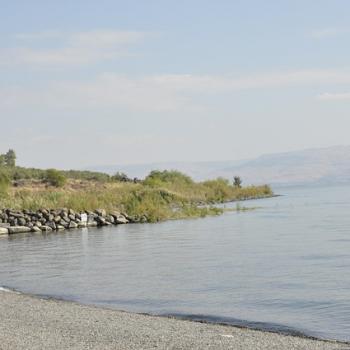 Should Religion Go Extinct with the Dinosaurs?
Ted Peters
Get Patheos Newsletters
Get the latest from Patheos by signing up for our newsletters. Try our 3 most popular, or select from our huge collection of unique and thought-provoking newsletters.
From time to time you will also receive Special Offers from our partners that help us make this content free for you. You can opt out of these offers at any time.
see our full list of newsletters