Keeping Our Human Light Lit During the Holidays

The winter holiday season is a great time for families and friends to get together and enjoy each other's company. It's among the few times each year that those close to us join to reflect, celebrate, and perhaps eat a bit too much fattening food.

From a humanist perspective, one of the most enriching things we can do is strengthen the connections we share with other human beings, and this time often provides us just such an opportunity. Unfortunately, most of these holidays also have deep religious connections. And depending on how nontheists came to exclude an intervening god from their worldview, some would rather forget those religious connections, and others even find them to be unpalatable.

Most humanists, freethinkers, and other nontheists came to their rational understanding of the world gradually, finding flaws in the faith they were raised in and eventually deciding for themselves on alternatives to the supernatural. Some others were already there, having been raised in secular ethical traditions. But some came to their nontheism more abruptly, as a response to harm experienced from within traditional religions. This could be something dramatic, like the tens of thousands of kids who were molested by Catholic priests, probably only a small portion of whom have sought justice in recent years. It might also be less dramatic, but still significant, like discovering all of a sudden just how ineffective prayer can be.

How one gets to an atheist/agnostic point of view added to life's other experiences may leave many with an animosity toward religion that makes participating in religious rituals unpleasant, to say the least. Thankfully, an important part of humanism is the understanding that we all have the responsibility to create our own purpose and meaning and not just accept that which was handed down to us by our parents and grandparents. That responsibility includes holidays.

In 2007, while accepting the Outstanding Lifetime Achievement Award in Cultural Humanism at Harvard University, Salmon Rushdie suggested we need an "Atheistmas" that avoids unnecessary dogma and rigid rituals. Fortunately, there is such a positive alternative, HumanLight, a secular holiday that is celebrated on December 23rd. For me, celebrating HumanLight is an occasion for nonreligious family and friends to create their own meaningful traditions and to help express the positive values that we share.

HumanLight was created by Joe Fox and Gary Brill when they were both leaders of the New Jersey Humanist Network. Since the first celebration, the concept has grown and now there are dozens of community-based HumanLight celebrations held across the nation and internationally. And it's likely that this number will only grow as more and more people come out as nonreligious.

HumanLight isn't an attempt to re-interpret or take the Christ out of Christmas, and it's certainly not meant to be critical of the holiday. Instead, HumanLight is about celebrating and expressing what fills our lives with love and meaning. Analogous to humanism itself, HumanLight describes what one might do with the holiday; it doesn't proscribe what one must do. So, these celebrations are the personal choice of the community and they differ from place to place. But no matter how one chooses to celebrate, either at home or in a public event, these celebrations express human values in a positive way that brings people together.

HumanLight also provides a unique opportunity to show our religious neighbors that humans don't need supernatural religious beliefs in order to live a good, ethical, and meaningful life. In fact, human beings can be good and do good without god, and many people use HumanLight as a chance to give back to the community by doing things like working at soup kitchens or organizing toy drives for disadvantaged children. As countless people have found, giving is often more rewarding than any present one could receive.

So this holiday season I hope you will all join me and a growing number worldwide by appreciating the many good people in your life, regardless of their religious beliefs. Whether you find Christmas and Hanukkah too religious, or if you just like having yet another reason to celebrate, consider HumanLight this year. You can find a public local HumanLight celebration near you online or by contacting your nearest humanist group, or perhaps you'll use your ingenuity to celebrate in your own way. Happy holidays to all! 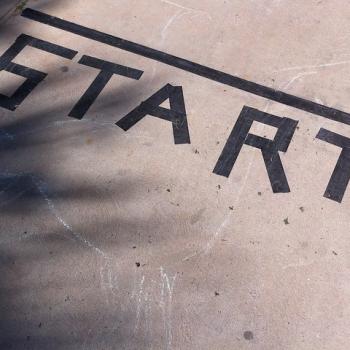 76 Bible Verses To Support Universal Reconciliation
Keith Giles
Get Patheos Newsletters
Get the latest from Patheos by signing up for our newsletters. Try our 3 most popular, or select from our huge collection of unique and thought-provoking newsletters.
From time to time you will also receive Special Offers from our partners that help us make this content free for you. You can opt out of these offers at any time.
see our full list of newsletters
Editor's picks See all columnists