You may recall hearing me say that I was an atheist for a long time, until I had to admit to myself that that wasn't quite true. How long was a long time? Over thirty years.

There was an adjustment period afterward. How long did that last? It hasn't ended yet. I often wonder what I've gotten myself into, and what to do about it. Not believing in gods is easier in many ways: there's less to make sense of, and what there is has a particular character of directness about it that is appealing. Atheistic morality has to stand on its merits, without being propped up by old stories whose veracity and present utility are easy to call into question.

And there are the people I meet these days. They wear garb. Some of them, at least, if only at certain events. These clothes range anywhere from the simply cut, simply sewed, and proudly worn tunic or dress, to the carefully researched, highly detailed, and lovingly assembled period piece, to the completely inappropriate red lycra dress with "Viking" accessories that might have looked good on a woman with a figure, or even decent on a gay man with an odd sense of style, but not on the man who was wearing it with no apparent awareness of how silly he looked. What are these people doing?

And these people give themselves strange names: complicated names full of umlauts and accents and character combinations one doesn't see in English, often beginning with hrafn or ending in ulf. Trying to say these names takes practice. The names of our gods get the treatment, too: Odin becomes Odinn becomes Odhinn. I've even seen Odhinnr. And how many Rs do you need to spell Thor? Good question. One wonders what spellings will appear next, whether in a book, or a website, or a blog somewhere. (Mis)pronunciation is another matter I won't go into today. I often have in mind a shadowy image of an Icelander laughing up his sleeve at our absurd attempts with his language.

And these people use a lot of unusual words that might have been unusual even for the people who spoke them natively a thousand years ago: words like fylgja and orlog, hamingja and wyrd. Yes, it's weird, all right, until you've dredged your Old Norse dictionary at least a few times. And let's not forget draugr. My wife is not Heathen, and she has heard all these words now. The one that still makes her wince is wight. She prefers that I not use this word in public, lest someone hear me and wonder if I have a sheet and pointy hood hanging in my closet.

No, not everyone in the Heathen camp does these things, but many do. It's worth asking why. Special clothes, special names, special words. Perhaps we don't need to ask much further than that. People like to feel special, unusual, powerful. And Heathenry, unlike some other religions, doesn't mind that, and even approves of it, as long as you can back it up.

There is a subtle difference I detect. Some people use these things to bark their supposed specialness at others. Some use these things as a reminder to themselves: In this context, I am different, unusual, powerful. Here, I take a rest from whatever ordinariness is in my life, and remember the presence of the remarkable. I prefer one of these personalities over the other.

In younger days, I would have had unkind things to say about these special behaviors. Now, I see them as a useful part of religious practice for many people.

These phenomena have been studied in other contexts. If you're interested, Eric Hoffer's The True Believer is a good place to start. You can take this little book as a cautionary note in some regards, and as a recognition of some very good things in other regards. Other authors have studied and tried to define cults. Heathenry matches up with a few of their criteria, but fails with most. I take this as a good thing. It may be that our more charismatic personalities are uninterested in creating global fiefdoms, but I think there's something inherent in our beliefs that keeps such things from happening. In particular, our personal allegiances seem to be limited and local, and the notion of challenge is too close to our Heathen hearts to let big talkers get away with much.

So, where am I in my adjustment process? How do I feel about accepting the idea of gods, and the behaviors that often go with them? It's kind of like one of those things you get in a box labeled Some Assembly Required. You read the directions and try to follow them, but there's this one piece that just doesn't make sense. You wonder if it's even necessary. And then you turn it over or around, and push at it in a new way. There's a little internal shift between the parts, and maybe a click. The voices of frustration in your head become quiet, and another voice, perhaps one you don't hear very often, says, quietly, "Ah, yes. That's how it goes." 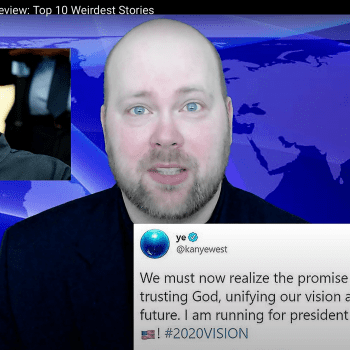 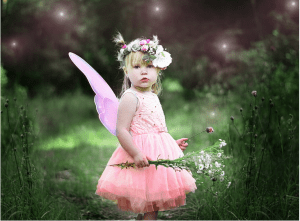 Tinkerbell?
John Richards
Get Patheos Newsletters
Get the latest from Patheos by signing up for our newsletters. Try our 3 most popular, or select from our huge collection of unique and thought-provoking newsletters.
From time to time you will also receive Special Offers from our partners that help us make this content free for you. You can opt out of these offers at any time.
see our full list of newsletters
Editor's picks See all columnists