The Morality of Income Inequality

The blogosphere erupted last week over an article in New York magazine about "income inequality deniers"—Republicans, for short. Published during the Occupy Wall Street protests, the article rides a wave of commentary about the top one percent of income earners versus the "99 percent." Some commentators have addressed the whole income-inequality issue with satire; others make an earnest effort to debunk the political stance of "income-inequality believers" with counterarguments and references to studies and data.

The issue is rarely framed in an explicitly moral context; in political discussions, income inequality is typically treated in the utilitarian terms of opposing ideologies, as either a pragmatic problem for society, or as a neutral—or even systematically beneficial—condition. Most Christians would rightly reject these as the sole or most basic considerations. But Christians are not by any means agreed on what God says about income inequality.

A key reason for that is that "income inequality" is a construct of the human brain. God doesn't talk about it as a problem. The Bible addresses many social pathologies directly, from the burdens imposed by kings to the societal dangers of slothful young men and wanton women, but has nothing to say about income inequality. His Law assumes that it exists, but contains no requirements to punish it or atone for it. Nor does the Law predict that dysfunction or curses will arise from income inequality, as it does in the cases of arrogance, disobedience, hard-heartedness, and sexual sin.

God addresses the topics of income and wealth as matters of personal virtue, not social morality. The only thing He explicitly says about other people's incomes and wealth is that we are not to covet them. Jesus goes further than that, implying in the parable of the workers in the vineyard (Matthew 20:1-16) that we have no business even noticing other people's incomes. In the parable, he specifically rebukes the human tendency to compare our wages with the wages of others. He does so, in fact, in the context of an expressly unequal situation in which some workers are paid the same amount for less work. Even in that case, according to the parable, we are not justified in making comparisons and drawing resentful conclusions.

Worrying about income inequality is, inherently, worrying about other people's incomes, and the Bible frowns upon it. The Bible has a great deal to say about personal virtue and discipline with money and wealth, as it does about the moral hazards of being both rich and poor. But these injunctions are issued to the individual for his instruction and enrichment. Nowhere in the Law does God deputize the priests or elders to act as enforcers, in a corporate sense, over the people's wealth or financial management.

The distinction is important. Whereas civil governments collect taxes, on pain of criminal punishment, God directed His people to give, without hands-on supervision from a temporal authority. He told the people to bring the firstborn of their flocks; He did not task the priests with counting the people's herds or checking up on the new births. He certainly didn't instruct the people to spy on and report each other. No enforcement provision was made beyond the general warnings and promises to the people; God's primary concern was not the material outcome—he had no need of bulls and rams—but the condition of the people's hearts.

That is manifestly His concern, too, regarding the attitude of the rich toward the poor (and, indeed, of the poor toward the rich). God is as concerned about the hearts of all people, including the rich, as He is about the material condition of the poor. The latter He can change at any time, without human assistance if He chooses; it's the former—the heart—that is His principal cooperative project with humankind. God is quite as serious about the poor not coveting what others have as He is about the rich not being hard-hearted and dismissive toward those in distress.

So much many Christians can articulate. But I think we often tend to stop at the threshold of rebuke, thinking mainly in terms of what we are not supposed to do: covet, and pay attention to the wealth and incomes of others. This can seem arbitrary and unsatisfying to the unregenerate spirit—and Christians don't always go on to explain the benefits waiting on the other side of acceptance. 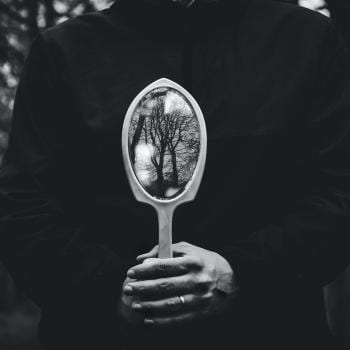 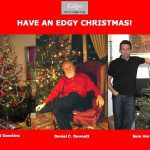 Have yourself an Edgy little Christmas
Catherine Dunphy
4

An Imbolc Reflection
Aine Llewellyn
Get Patheos Newsletters
Get the latest from Patheos by signing up for our newsletters. Try our 3 most popular, or select from our huge collection of unique and thought-provoking newsletters.
From time to time you will also receive Special Offers from our partners that help us make this content free for you. You can opt out of these offers at any time.
see our full list of newsletters
Editor's picks See all columnists