What is Ramadan and Why is it Celebrated?

The month of Ramadan, a season of ritual fasting, is a one of the essential practices of Islam. The month of Ramadan is the ninth month in the Islamic calendar, but because Islam keeps a lunar calendar, this month migrates between the seasons through the years. It continues from the first sighting of the crescent moon until the next sighting. When it falls during the summer season, the long, hot days make the fast a challenge for everyone. When it falls during the winter season, the short days and long nights make the fast less arduous. Exceptions are made for some Muslims; pregnant women, young children, and people with special health problems are exempt from the fast.

The fasting of Ramadan, also called Sawm, is the fourth of five pillars of Islam. The others, in order, are the Shahada (the proclamation of faith), the Salat (the five daily prayers), Zakat (almsgiving), and the Hajj (the pilgrimage to Mecca). During the month of Ramadan, Muslims fast from sunup to sunset each day. Their fasting includes all food and drink, even water. Light meals, called suhur, are usually eaten before sunrise, and after sundown many Muslims share community dinners, called iftar.

Islam teaches that the Quran was revealed during the month of Ramadan and thus the entire month is dedicated to spiritual renewal, intensified prayer, and self-denial. This includes abstention not just from food and drink, but also from tobacco and sexual intercourse. Many Muslims make special efforts to refrain from bad personal habits—gossiping, cursing, anger, lust, etc. The goal is to cleanse the soul, to increase thanksgiving to God for his abundant blessings, and to revitalize the community of the faithful. As a sign of their gratitude, many Muslims give their annual zakat during the month of Ramadan when it is considered more spiritually rewarding.

There are several key events within the month of Ramadan. Muslims celebrate the giving of the Torah to Moses, the giving of the Psalms to David, the giving of the Gospel to Jesus, and Muhammad’s conquest of Mecca on certain days during this month. The last ten nights of the month are considered especially holy. Laylat al-Qadr, known as the Night of Power, falls during this last third of the month. Different Islamic traditions celebrate it on different nights within that ten-day window. This is the night on which the revelations of God were first given to Muhammad and the first verses of the Quran were proclaimed. This night is considered the most sacred night of the year, the night when all sins are forgiven.

The month of Ramadan concludes with Eid al-Fitr, a grand festival that can last up to three days. Different cultures around the world have a wide variety of traditions around this festival, but all Muslims include special prayers, teachings, and large parties. Some Muslims may make an annual visitation to family graves at this time.


3/23/2021 6:32:41 PM
About About Kathleen Mulhern, Ph.D
Kathleen Mulhern is a writer, editor, historian, speaker, and professor. She teaches courses in world history, European history, and history of Christianity. She has taught at Colorado School of Mines and Regis University, and is currently an adjunct professor at Denver Seminary in the areas of Church History and Spiritual Formation. Kathleen graduated with a B.A. from Wheaton College, earned an M.A. in French Literature from the University of Denver, an M.A. degree in Church History from Denver Seminary, and a Ph.D. in History from the University of Colorado.

More From Patheos About Ramadan

Worth the Struggle: 6 Reasons Why I Love Ramadan
Ramadan Is a Month of Healing
The Mystical Heart of Ramadan
Holding Fast to Ramadan Rituals Around the World
18 Tips on How to Make this Ramadan the Best One Ever
Why I Can Relate to Ramadan

Evangelical
Chinese Christians Have Faith in the Wilderness. Will We?
Jackson Wu 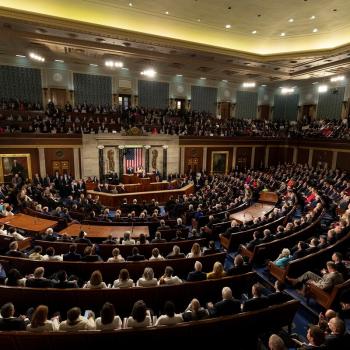 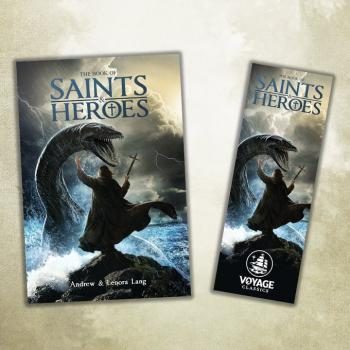 Evangelical
So you want to know what an "evangelical" is?
Rob Dalrymple

Catholic
My contribution to The New Apologetics: Defending the...
Francis Beckwith