Anti-Vaccination Movement Threatens to Turn Texas Into a Developing Country

In 2005, I travelled with a group of social justice advocates, along with Bono, George Clooney, Susan Sarandon, and the staff from the ONE Campaign to the G-8 Summit in Edinburgh, Scotland to make a case to the world’s leaders to support international funding for the treatment of HIV, TB, and Malaria.  President Bush signed on, not because of our presentation, but because of his faith.  He had been shaped by Franklin Graham, even before Bono got a hold of him, who was arguing that people of faith in situations of extreme poverty were dying from these diseases in the global south and that we had to do more.

Extreme poverty, the number of people who live on less than $2 a day, and deaths from these diseases, has now been on the decline for the past 20 years as health and economic programs, such as President Bush’s Emergency Plan For AIDS Relief (PEPFAR), have improved millions of people’s lives all around the globe.  However, in the United States, almost 1.5 million American families continue to live at this level of poverty.  Many of the poorest Americans reside in Texas and other parts of the Gulf Coast region.   As a result of their poverty and the climate in which they live, they are also among the most disease-prone Americans.  Today we must answer a question similar to what President Bush was asked, but about our own residents.  Do we love our neighbors?  Are we as concerned about the presence of these diseases among our poorest brothers and sisters, here in the United States?

Peter Hotez, dean of the National School of Tropical Medicine at Baylor College of Medicine, studies poverty-related diseases that are on the rise in Texas, across the US, and in many G-20, or wealthy, nations.   He calls this phenomenon “Blue Marble Health,” where an image of the globe looks more marbled as illness and poverty are intermingled with wellness and wealth in developed and developing nations.  In G-20 countries, Chagas, Dengue, Leprosy, Tuberculosis, and Leishmaniasis (or black fever) are on the rise.  Even Zika, which made its way into the US in recent years, is among these neglected diseases that disproportionately affects people in poverty.

Hotez, in a recent New York Times editorial, also describes the potential of a measles outbreak here in Texas, where almost 50,000 children are not vaccinated for non-medical reasons, using a religious exemption.  In response to Dr. Hotez, detractors are doubting his writings, reviving faulty arguments about vaccinations causing autism, and denying the likelihood of an outbreak and even the existence of these diseases.   These diseases can be denied and ignored among many well-to-do Texans; however, there is evidence of Texas looking more like a developing nation given the prevalence of these poverty-related tropical diseases.

In recent years, at least one-half of the world’s neglected diseases occur among people who are poor living in wealthy countries.  They account for approximately 70% of the deaths from noncommunicable, neglected, and preventable diseases. The US is on this list, and many of the diseases focus around Texas.  Hotez is working to create immunizations for many of these diseases, but that is an uphill battle here where wealthy Texans don’t have to worry about the health outcomes of the poor Texans.  And, where wealthy Texans are creating options to prevent vaccinations rather than encouraging them.

Twenty years ago in California, a movement began to emerge that was a fear-based response to the vaccination of children.  A few years later, as more and more parents refused vaccinations, a measles epidemic cropped up and 150 cases were confirmed. California quickly shifted, correcting their vaccination policy loopholes that allowed non-medical exemptions.

In response to this policy shift, many in the movement made their way to Texas.  Texans for Vaccine Choice has become an exemplar of America’s new anti-science cultural phenomenon of spreading fear and misinformation.  Proponents may not see themselves that way; they see themselves as advocates for religious freedoms and civil liberties (nevermind the liberties of other children who may be affected by their actions.)

I do not mean to be insensitive.  I do think it is important to understand the fear and anxiety of parents who share this concern, as well as the anger of parents of children with autism.   I have several friends who have chosen not to vaccinate their children and friends who believe their child’s autism diagnosis is due to a vaccination.  I am sensitive to their feelings, but the available science is just not consistent with their concerns. 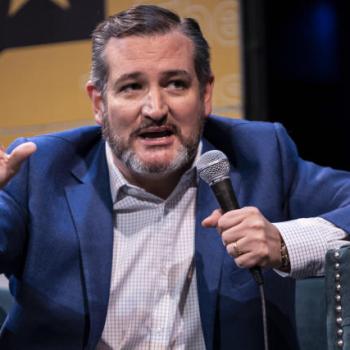 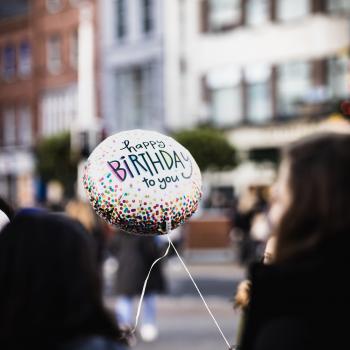 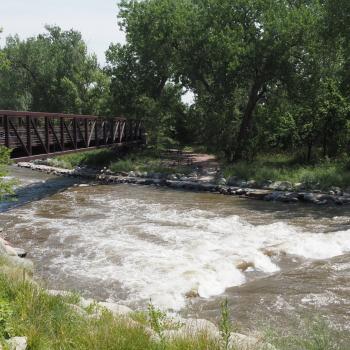 I Had to Postpone a Ritual and I’m Still Alive
John Beckett
About
Get Patheos Newsletters
Get the latest from Patheos by signing up for our newsletters. Try our 3 most popular, or select from our huge collection of unique and thought-provoking newsletters.
From time to time you will also receive Special Offers from our partners that help us make this content free for you. You can opt out of these offers at any time.
see our full list of newsletters