This essay is the winner of the 2021 Patheos 'Religion Lost & Found' college essay competition. You can see all prize-winning essays here.

Sitting at a flimsy plastic table piled high with devotional riches, she meditates. Sonia is her name, but I call her my ialorixá, a priestess of the Afro-Brazilian religion Candomblé. My grandmother. I hear her rosaries rattle as she palms the beads of Ogum, diety of iron and war. The beads are crimson, like embers in the god’s cleansing fire, or like flecks of dragon’s blood on the sword of Saint George. Saint George is the saint that Ogum is traditionally syncretized with in Roman Catholicism.

My grandmother’s parents brought her into a world of jarring collisions. A Muslim man married to a Catholic woman, their paths brought together by her father’s promise of financial security in exchange for her mother’s freedom outside the house. Growing up in 1950s Salvador, Baha, my grandmother was separated from slavery by half a century, but she understood her mother, Noemia, to have been caught in a similar fate. Leon, an entrepreneurial merchant fresh off the boat from Lebanon in search of profit by day and pleasure by night, was both husband and overseer. The prospect of an impoverished future kept her mother in place.

As a child, my grandmother would silently watch her mother in the kitchen, entranced by her stovetop maneuvers. Mãe Noemia was the preeminent healer of her neighborhood, Brotas, and in the Candomblé tradition, food and medicine are deeply intertwined, if not one and the same. Her knowledge of herbs and spices were both mystical and delicious.

People came to her doorstep for help with both sniffles and heartbreak, or pangs of desire. Healing meant more than having a tried-and-tested knowledge of the needs of the body, but an intimate connection with the twelve orixás, the gods and goddesses, that make up the pantheon of Candomblé. In addition to prescribing garlic baths and offerings of cassava and papaya, Mãe Noemia would direct petitions to Nosso Senhor do Bomfim, one of the principal churches of Salvador’s colonial-era downtown. Since the 1780s, pilgrims have been hanging up wax ex-votos there in the shape of legs and arms, in hopes that their gifts of devotion would bring corresponding healing to their own bodies. Catholic folk practice permeated Candomblé’s repertoire of West African-derived remedies, and the complex symbolism of orixá colors found its way into the Latin Masses chanted across the city through the ubiquitous Bomfim bracelets tied on every pew and column in sight. An amulet promising the fulfillment of the wearer’s deepest wishes, the cotton bracelets transformed Salvador’s hallowed spaces into a rainbow of latent dreams.

My grandmother, however, soon left her mother’s kitchen for the theaters and studios of Rio, making rounds as a dancer, makeup artist, and the occasional B-list actress. She came to know Brazil’s biggest stars when they were still busking to make ends meet. The singer Roberto Carlos worked the plazas next to a bar she ran, the guitarist Gilberto Gil would sneak out of restaurants with her before paying the bill. She was only fifteen when she left home, but she gradually refashioned herself as a modern, cosmopolitan woman. This meant leaving behind the supposedly ‘primitive’ belief practices of Afro-Brazilians, in which she had been raised. Her religion became limited communion every Christmas and Easter. When my mother was born, she had her baptized.

She was still shooting films in far-flung places and chatting up the luminaries of the day when her mother died, of tuberculosis. The news opened up a sudden and unexpected void. My grandmother soon realized she could not erase the familiar faces she left behind in Salvador, faces of fortitude and pride in a spiritual ancestry that she also belonged to. She began to hear a call she could not ignore, a call to honor Candomblé, the faith of her mixed blood.

My grandmother soon got involved in Rio's terreiros (temples) of Candomblé through a friend. At first hesitant, she stepped back into the world of hypnotic drumbeats and dramatic possessions, veiled devotees calling down the spirits of orixás through dances that would imitate their respective behavioral traits. It was nothing that she had not observed before, and yet full affiliation demanded more than passive attendance—a month of severe asceticism while cloistered in a one-room cell, for example. Nevertheless, my grandmother completed the requirements and went on to fill her mother’s shoes by becoming the mãe-de-santo, or spiritual counselor, for her community.

After immigrating to the United States in the 1990s, this service turned into a full-time job. Starting with scribbled advertisements tacked up on the walls of delis in New York and eventually a presence in Spanish-language newspapers, she made a name for herself that was completely detached from her celluloid fame a few thousand miles down south. Reinventing herself once again for the Big Apple necessitated cleverness and a certain fiddling with identity markers to appeal to the broadest demographic, and so the nuances of Candomblé were flattened down to the generic title of cartomante, or fortune-teller, coupled by a bullet-point list of what her consultations entail.

This is the only Sonia I have ever known: sitting across that flimsy plastic table from me, the embodiment of compassion and dignity, continuing to earn her daily bread at eighty. I knew her, but I didn’t always understand her.

I grew up under the near-puritanical zealotry of my mother as a strict Roman Catholic. When I rediscovered Catholicism in high school, my pursuit of magisterial truth at times led to a sense of fear. It came less, I regret, out of genuine concern for the salvation of my grandmother’s soul than a selfish desire to act as Grand Inquisitor, tallying up the charges of alleged witchcraft and heresy against the very woman that helped raise me. Instead of bringing me any closer to an “orthodox” form of Catholicism, my nitpicking over syncretic rituals and the precepts of canon law amounted to a heap of arrogance, a sin that has long stained my conscience.  I claimed perfect knowledge of the permissible and the profane—as though Christ Himself, gazing out at the dizzying diversity of His followers, would condemn it all for failure to abide by the letter of the law as I then envisioned it, measuring the many paths we trudge to Him by scholastic scrutiny.

The night before my graduation, crumpled invitation in hand, I admitted to feeling embarrassed by her. I told her I would prefer she not attend, and that I thought it best to not even mention her in my class speech. To this she could only respond with a sigh, fidgeting with the hem of her patterned skirt so as to hide the tears of such a cruel betrayal.

I never doubted the sincerity of my grandmother’s faith as a pursuit of the good in the lives of those that fate brings to her attention. A far cry from New Age gimmicks, my grandmother has never deceived those who search out her assistance so as to gain a profit—a deep reverence for the retributive powers of the orixás makes such a scheme unthinkable, let alone the model of selfless, charitable love that flowed from Christ’s ministry in the Gospels and which came to influence the nurturing role of priestesses in Candomblé. While caritas reigns as one of the highest of the theological virtues in Catholic teaching, it is also fulfilled in the works of Candomblé practitioners looking out for the physically and spiritually distressed.

I had injured a woman who has cherished every moment as holy, the living representative of a vibrant faith no less deserving of respect after being born out of a transatlantic tragedy. In college I found my high school fanaticism fading, replaced by a desire for home not unlike the one which drew my grandmother back to her faith and her people. I am my grandmother’s only grandson. I have the responsibility to generations of women whose names, though erased by time, have not been forgotten by the mercy of a God that was also scorned for what he believed and suffered under the blows of fanatical ignorance. I hope that by holding a mirror to my grandmother’s life, others can witness the beauty that lies in a soul who worships with dangling crucifix and cowries alike.

Nathan Rubene dos Santos is a master's student at Stanford University, where he specializes in migrant literature across the Portuguese-speaking world. He graduated from Columbia University with his bachelor's in Latin American and Caribbean Studies in 2020. In his free time, he helps run the World Aral Region Charity, dedicated to spearheading ecological activism across Central Asia through education, music, and the arts. 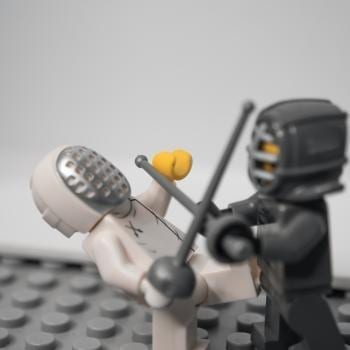 When to Forfeit and When to Fight
Joey Willis
2 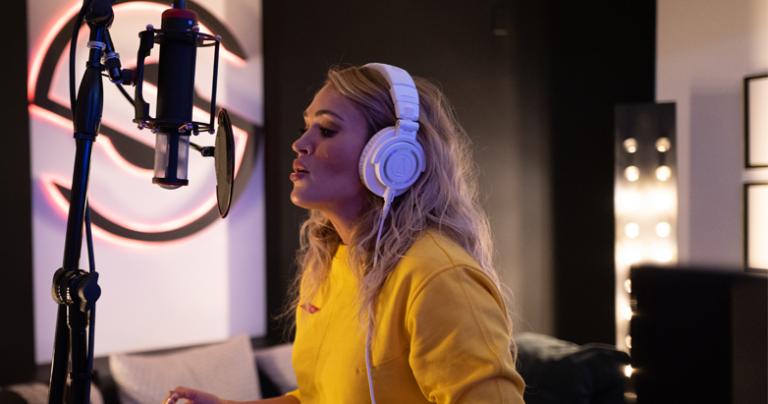 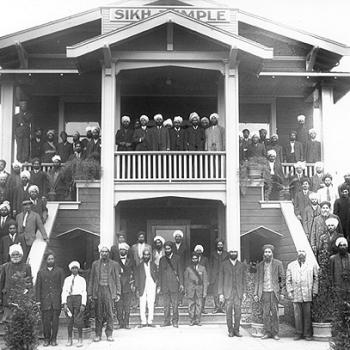 All the Mommy Ladies: What You Said About Being a Mom
Shaunti Feldhahn
Get Patheos Newsletters
Get the latest from Patheos by signing up for our newsletters. Try our 3 most popular, or select from our huge collection of unique and thought-provoking newsletters.
From time to time you will also receive Special Offers from our partners that help us make this content free for you. You can opt out of these offers at any time.
see our full list of newsletters
Editor's picks See all columnists