I grew up in Ethiopia, Africa. When I shared this with the sixth graders I used to teach, they didn’t believe me. One girl said, “No way! You did not grow up in Ethiopia!” I assured her I did. She responded, “No way! You’re not skinny enough!” All this young lady had ever heard about Ethiopia was that people there were starving, and I certainly didn’t look like I qualified!

Throughout the year I shared many memories of Africa with my students. I wanted them to realize that there is more to Ethiopia than the starving children their moms told them about when they didn’t want to finish their vegetables.

I shared with them Ethiopia’s long and proud history, the people’s love of music and family, and the happiness that many experience without the material possessions we enjoy. In Ethiopia I saw the heartbreaking effects of poverty and the incredible value of literacy and education. However, there was a life-changing lesson that I couldn’t share in public school: I learned what it means to be Christian.

Many are surprised to discover that Ethiopia is a predominately Christian country with a rich Coptic Christian tradition and culture. I remember many devoted people who had the Coptic cross tattooed on their foreheads. When I asked my parents about this, they explained that these people marked themselves with the cross to let everyone know they were Christians.

I said, “Then I want one because I am a Christian too.” My parents then taught me that it is not a cross on your forehead or around your neck that makes you a Christian. It is what is inside—the way you feel, the way you believe, and the way you live—that sets you apart from others. Mike McKinley wrote, “Simply saying that you are a Christian doesn’t mean you really are one” ("Am I Really a Christian?" p. 16).

Many textbooks attribute the early rise of Christianity to Constantine. Earlier Roman leaders had persecuted Christians—especially Roman converts who were seen as traitors for going against their own culture. The empire was divided, unstable, and at war with itself.

Constantine wanted to unite the Empire once again. It is said he had a vision in which he was told that he would conquer Rome under a Christian sign. The leader ordered the symbol of Christ to be placed on the shields of all his soldiers and vowed that if they were victorious, he would become a Christian. They were, and true to his word, he was baptized.

Christianity does not owe its survival to Constantine, but to ordinary people like you and me. Christianity spread and flourished—not because of a dramatic battle and painted shields, but because of the faithfulness of early converts. These were men and women who believed and lived by their beliefs—no matter the cost.

Historians debate whether Constantine’s conversion was sincere or just politically expedient. Did Christianity become acceptable because he joined, or did he join because it had grown so acceptable? Did Constantine have a vision or simply enough vision to see that he could use this growing movement to his advantage? We may never know. The fact that is beyond debate is this: Everyday Christians living their religion every day changed the world.

The Christian doctrines of charity and hope must have been appealing to people who had spent their lives dealing with the upheavals of war and revolution. Christian promises of the possibility of a bright future for all people, regardless of class or position, must have sounded wonderful to the poor who struggled to feed and shelter their families.

But who would have taken time to listen to Christian doctrine without having first noticed the fruits of Christian discipleship—the high morals, pure motives, self-discipline, and unity within the Christian community?

People saw Christians rescue babies from the infanticide so common in the pagan populations. When deadly epidemics wiped out entire communities and the healthy ran in fear, Christians remained to care for the needy—including those who were not of their faith.

Chris and Ted Stewart wrote, “Despite the efforts of the pagan emperors to destroy them, [the early Christians’] willingness to serve the empire, as well as their reputation for virtue, law-abiding behavior, higher aspirations, and strength of character had brought them considerable goodwill” ("The Miracle of Freedom: 7 Tipping Points that Saved the World," p.130).

How are we doing? Are we virtuous and law-abiding? Is our strength of character obvious seven days a week and not just on Sunday? I hope so.

As in its early years, Christianity faces great challenges and opposition. Some are being imprisoned and threatened physically. Some are marginalized and misjudged socially because of their beliefs and the negative perceptions people have of them.

In "UnChristian," David Kinnaman and Gabe Lyons have documented pop culture’s alarming perceptions of Christians and the “intense hostility” such perceptions have generated. They wrote, “Many young believers say that in some circumstances they are reluctant to admit they are Christians. . . . They [fear] that raising the Christian flag would actually undermine their ability to connect with people and to maintain credibility with them” ("UnChristian: What a New Generation Really Thinks About Christianity and Why It Matters," p. 38).

Similarly, George Yancey wrote, “I have substantiated the reality that religious and political conservatives face a level of rejection that other social groups do not experience” ("Compromising Scholarship: Religious and Political Bias in American Higher Education," p. 181). Whether or not we face overt threats to our religious freedom, most of us know how it feels to end up on the “wrong” side of a “politically correct” conversation.

We are approaching another turning point in history. Once again, the world is divided, unstable, and at war with itself. What hope is there? It’s time for another rise in Christianity. Kinnaman and Lyons wrote, “This won’t happen if we try simply to make ourselves look good. The reputation of the Christian faith should never be managed or spin-doctored. . . . Your life shows other people what God is like” ("UnChristian,"p. 38).

We don’t need another Constantine or another victory at the Milvian Bridge on the Tiber River. We need an “awakening of authenticity . . . so that . . . the world will see real love and sacrifice and courage in the service of Christ” (John Piper, "Finally Alive," p. 18).

We need more genuine Christians who have the courage to be Christlike. We need more faithful disciples who are willing to let Christ transform their thoughts, feelings, actions, and motives. We need more believing and behaving disciples—faithful men and women who are willing to stand up and stand together to change the world as early Christians did—one renewed friendship, one warm embrace, one sincere compliment, one compassionate act, one righteous choice at a time.

Let us commit to be Christians seven days a week and not just on Sundays. Truly, everyday Christians living our believes every day can change the world.

Excerpt from "The 7-Day Christian" by Brad Wilcox.

Brad Wilcox has lived in Ethiopia, Chile, New Zealand, and Spain; he and his family now make their home amid the Rocky Mountains in the United States. Brad taught sixth grade before obtaining his PhD in education. His contributions as an author and teacher have been honored by the Geraldine R. Dodge Foundation, and his work has appeared in Guideposts magazine and Reader’s Digest. He once served as a member of the National Executive Board of the Boy Scouts of America and has addressed thousands of youth and adults across the globe. He and his wife Debi have four children and nine grandchildren. 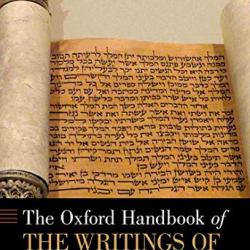 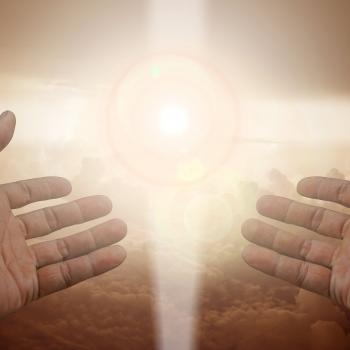 Moving Past Regret: How to Fix a Painful Past
David Rupert
4

Misclassifying As Weeds (Part 1 of 3)
Herb Montgomery
Get Patheos Newsletters
Get the latest from Patheos by signing up for our newsletters. Try our 3 most popular, or select from our huge collection of unique and thought-provoking newsletters.
From time to time you will also receive Special Offers from our partners that help us make this content free for you. You can opt out of these offers at any time.
see our full list of newsletters
Editor's picks See all columnists