I’ve never lost as much sleep as I did over this issue. So I hope, I desperately hope, to save others more than a few long nights of torment. It isn’t a topic that I enjoy thinking about, especially now that I’m starting to move away from agonising over it.

Although my prayer is that this article, the fruit of deep soul-searching, can prevent a lot of needless distress for my fellow believers. If I might have a remedy for this particular instance of spiritual anguish, then I believe it’s my Christian duty to share it with others.

And so, today let’s tackle the matter of sin against the Holy Spirit.

One evening, maybe three or four years ago, I was reading Luke’s Gospel. I thought that was what good Christians did: read the Bible faithfully.

But then I read something truly frightening. ‘And whosoever shall speak a word against the Son of man, it shall be forgiven him: but unto him that blasphemeth against the Holy Ghost it shall not be forgiven’ (Luke 12:10).

Reading those words was like incanting a jinx on myself.

To put things in context, I’m someone who struggles with obsessive thought-patterns. During high school, I was in behavioural therapy with OCD for some time. And I knew, from experience, exactly what was going to happen.

Alright then… Which animal sprung to mind? Was it a sky-blue crocodile doing the Paso Doble? Of course it wasn’t… you bloody well thought of a purple elephant!

A simple premise is at work here: the more you avoid thinking about something, the harder it is to do so.

So Luke 12:10 planted a terrible conundrum in my head. On pain of going to hell forever and ever — so my troubled reasoning went — I better not think any blasphemous thoughts about the Holy Spirit. Or else, the very second I thought of that purple elephant, I’d be a goner.

So my thoughts descended into chaos over the months which ensued. A purple elephant of doom would romp through my mind and I’d have to pray immediately for forgiveness. I began to worry that the whole thing was like an existential game of pass-the-parcel.

If I died or Jesus came back and I was harbouring a purple elephant, I’d suffer in hell for aye. But if he returned and I’d successfully prayed the purple elephant away before the next one came, I’d inherit the kingdom and all would be well. Those damn elephants…

With a bit of distance I can joke about it. At the time it was truly dementing. But what is the blasphemy of the Holy Spirit, anyway? Nobody really knows, it’s fair to say.

There is no consensus upon which theologians agree. We can, though, start off by exploring who the Holy Spirit is. According to the Nicene Creed, the Spirit is ‘the Lord, the Giver of Life.’ And so, the unpardonable sin has to be an offence against life itself.

J. K. Rowling captures this in Harry Potter and the Goblet of Fire. During a “Defence Against the Dark Arts” lesson, Professor Mad-Eye Moody teaches a class of terrified young wizards and witches about ‘the Unforgivable Curses.’

Now … those three curses — Avada Kedavra, Imperius and Cruciatus — are known as the Unforgivable Curses. The use of any one of them on a fellow human being is enough to earn a life sentence in Azkaban.

Each of the hexes that Moody demonstrates, cruelly inflicting them on a spider to show their effects, are in different ways offensive to life itself.

“Avada Kedavra” kills the victim; “Imperius” is a mind-control spell; “Cruciatus” inflicts physical torture. And each is worthy of incarceration for life on the dreaded island fortress of Azkaban.

The thing is, though, none of ‘the Unforgivable Curses’ place one beyond the pale of redemption irrevocably. No spoilers, but if you’ve read the books or watched the films, you’ll know that there is a way back even for those who commit the apparently unforgivable.

Looking back, my “purple elephant” thoughts about the Holy Spirit weren’t even close to being a crime against life itself.

In the sixteenth of the Forty-Two Articles, which were later distilled into the better known Thirty-Nine Articles, Thomas Cranmer sets a high bar for the unforgivable sin.

‘Blasphemie against the holie Ghost is, when a man of malice and stubburnesse of minde, doeth raile upon the trueth of goddes word manifestlie perceiued, and being enemie thereunto persecuteth the same.’

Cranmer continues, ‘And because soche be guilty of Goddes curse, thei entangle themselues with a most grieuous, and hainous crime, whereupon this kind of sinne is called and affirmed of the Lorde, vnpardonable.’

This leads to a vital point: that St. Paul is a key figure in discussing whether there is really an unforgivable sin. You see, Cranmer’s take on the matter conjures up the Apostle’s pre-conversion persecution of the Church.

In Acts 9, St. Luke tells us that Paul was on his way to Damascus to round up followers of Christ and extradite them to Jerusalem as captives. We first encountered Paul earlier in the same book as an approving onlooker at the stoning of St. Stephen, the first martyr.

Having once pleasured his vicious blood-thirst, Paul is bent on making martyrs of all Christendom. But, as we know, Jesus has other plans.

It’s Christ himself who steps in to redeem Paul.

Furthermore, Paul describes himself as the chief of sinners in 1 Timothy 1:15. ‘This is a faithful saying, and worthy of all acceptation, that Christ Jesus came into the world to save sinners; of whom I am chief.’

Maybe Paul committed the unforgivable sin, being the chief of sinners, but was forgiven and was then able to preach about realising God’s love.

On the other hand, we have John Calvin’s counterargument. In his Institutes, Calvin offers quite a different slant on St. Paul.

He starts from the premise that, ‘The spirit of blasphemy, therefore, is, when a man of set purpose, rushes forth to insult his [God’s] divine name’ (3.3.22).

This is very similar to Cranmer’s definition. Both indicate that a settled hatred of God and a consequent slandering of his honour are the components of unforgivable sin.

Calvin, however, considers Paul’s ignorance of Christ as an extenuating factor. On this account, only someone who once knew the Gospel, but who rejected it later, is guilty of an unpardonable sin.

But either Paul was the chief of sinners or he wasn’t. It’s one or the other. His own account of himself in 1 Timothy is clear that he was indeed sinner-in-chief.

I don’t see any reason why the Apostle Paul shouldn’t be taken at his word, here. And if Paul, the chief of sinners, is to be excused on grounds of ignorance, then so must everyone else who repents.

How could a defence available to the worst of sinners, namely his unenlightened hatred of Jesus and his Church, not also be applicable to lesser sinners who turn from evil? After all, the chief of sinners has to be the one whose actions are the most indefensible.

This is what the reformer entirely misses. ‘If ignorance joined with unbelief made him [Paul] obtain pardon,’ argues Calvin, ‘it follows that there is no room for pardon when knowledge is added to unbelief.’

To hold this line, though, is to contradict scripture. As alluded, it overturns the plain sense of Paul’s own self-reflection. And I don’t imagine Calvin had privileged access into Paul’s inner being to know otherwise than the Apostle himself.

Yet his position implies that some are worse than the chief of sinners, (a logical contradiction; there is nobody worse than the worst), because unlike Paul they both knew Christ and believed in him when they blasphemed the Spirit.

Rather, let me state what I’ve come to know very clearly: if Paul can be forgiven, anyone can.

We still haven’t answered the question of what actually constitutes an unforgivable sin. (Is it a runaway purple elephant or something more sinister?) That’s because, like I say, generations of theologians haven’t agreed on an answer.

What we have established is that whatever that unpardonable sin really is, God’s grace is never cordoned off whenever somebody truly repents.

There is no mess that we can make which is bigger than God’s ability to save. Look no further than St. Paul for proof of God’s plentiful redemption.

And therein lies our certainty despite those unknowns. The Christian band Mercy Me have a song called “Finish What He Started.” I can do no better than conclude with some of their lyrics. It’s a promise that God will never give up on even the chief of sinners:

No matter what you’ve done,

There’s room to carry on.

He’ll finish what he started. 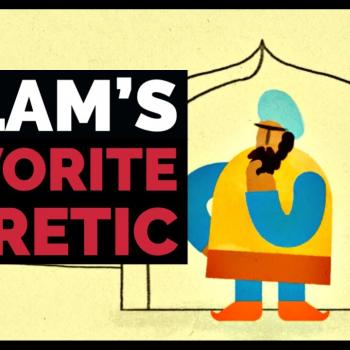 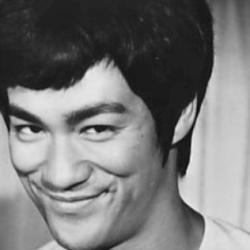 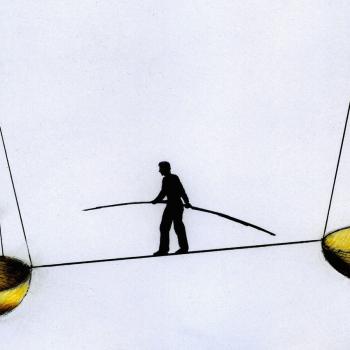 Post-Pandemic: When Moderate Pastors Reap What They Sow
Clint Schnekloth
4

How Should Churches Respond to Cultural Hostility?
Gene Veith