Rosenzweig and Weil Are Dead 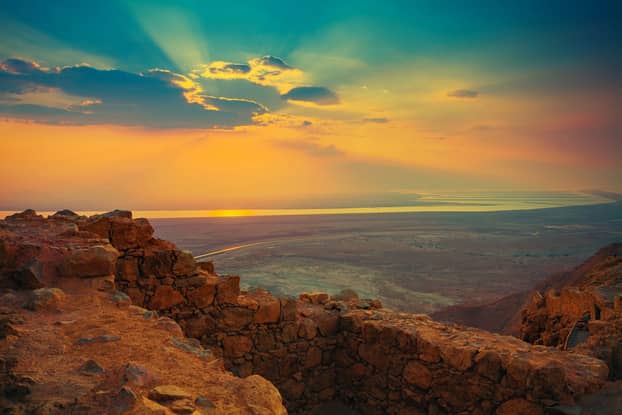 Reading the biographies of Franz Rosenzweig* (Germany, 1886-1929) and Simone Weil** (France 1909-1943), one notices remarkable similarities. Both were highly educated Jews who lived short yet remarkable lives. And both were philosophers of tremendous breadth who had dramatic religious experiences which put God into the center of their lives.

One important difference was that whereas Rosenzweig returned to Judaism, Weil followed her own personal version of Catholicism. In truth, one gets the sense that Rosenzweig embracing Judaism and Weil Christianity is more a product of their circumstances than anything else –  Rosenzweig had enough of a connection to his ancestry to find God in a synagogue on Yom Kippur, whereas Weil lacked even this connection, prompting her to find God  in Europe's churches instead. Actually, Rosenzweig had also  been planning his baptism to Christianity when he rediscovered his own faith. Yet even after choosing Judaism, he continued to  maintain a highly positive perspective on his host nation's Christian faith. Similarly, even though Weil was highly critical of Judaism, her religious humanism was highly Jewish in content and form. Also significant in this regard is Weil's obsessive refusal to be baptized. No doubt, the ambivalence both Rosenzweig and Weil experienced in choosing a particular avenue of belief was largely due to their being raised as irreligious Jews in modern Christian nations.

Their ambivalence about creed notwithstanding, this pair's religious intensity and creativity shone clearly – though raised in the world of academic skepticism, they decided to put God constantly in front of them. Not only are we in awe of the commitment and seriousness with which these two Western European Jews lived their lives, one familiar with their writings cannot but appreciate their significant contributions to religious philosophy.

To understand why we don't see people like these anymore, it is worth pointing out  that Rosenzweig and especially Weil could be described as “Renaissance men.” By the term “Renaissance man,” we refer to someone who has the interest and wherewithal to contemplate and examine all of existence as we know it.

Rosenzweig and Weil studied  in schools of philosophy that still attempted a systematic understanding of existence. [Such a pursuit was sometimes even reflected  in the natural sciences of the time, most markedly by the interest in finding a unified field theory.] Thus, when Rosenzweig and Weil had their seminal religious experiences, they were already interested in the whole of their world. Consequently, it was not a big stretch to understand  and to appreciate the grandeur of God.

It has been said that the Renaissance man is dead. If this type of person is dead, one has to wonder what it is that killed him. No doubt the explosion of knowledge and communication has made it very difficult to be so expansive in one's interests today. Still, it appears that there is more to it than that. One senses a certain dullness and smallness that permeates our times – something seems to prevent us from looking at the larger picture. We tend to be focused on the details of our lives and disciplines and don't give much serious thought to the working of the sum of all the parts.

For a variety of reasons, the second half of the twentieth century brought about the fragmentation of intellectual pursuits. Frustrated by his own lack of precision, man has largely confined himself to those things he could completely understand, leaving behind any serious attempts to understand the totality of existence.

When we don't try to understand the sum of existence, however, we lose the significance of its parts, which in turn, often creates a barrier between man and God. When we attempt to understand things globally, God's tapestry can unfold in front of us. When we only look at singular strands of the tapestry, however, we become technicians unable to be exalted by the strands' real significance. Our intellectual elites have become these type of technicians, and the rest of us have followed in their path.

When the Renaissance man died, so too did the possibility of standing in front of God's entire creation. Instead, we stand in front of small pieces of creation. A piece here and a piece there serve to inspire us in a tepid and temporary way; this has become the hallmark of  religious experience in our times. Access to religious grandeur seems to be a thing of the past.

It can be said that Rosenzweig and Weil were aware of their being created in the image of God even before they were aware of God Himself. By comparison, while many of us proclaim our awareness of God , we forget what it means to be cast in His image. If the Renaissance man is really dead, perhaps we had better start mourning him.