What if Church tradition gets swept away and we had to read the Bible from scratch? It's a hard one to answer in the abstract, so let's plunder the world of entertainment for somewhere we can do this theological experiment! Allow me to propose Fallout 3, a video game that engenders this very question. Quite surprisingly, Scripture is a narrative written in Silicon Valley, fairly prominent as events unfurl. Set in 2277, the game takes place two centuries after an atomic war that obliterated everything. There is no evidence in Fallout 3 that institutional Christianity ever survived. A godless ruin is all that remains. Therefore, the game's dystopian vision of Washington D.C. — known as the Capital Wasteland — is an ideal testing ground for our thought exercise.

Our game begins in Vault 101, a subterranean bomb shelter built in Springvale, Virginia, anticipating a nuclear conflict. After an opening sequence, in which the player character's mother dies in childbirth, the tutorial phase of the game begins. To begin with, our character is an infant only just able to walk. And as the player learns the controls, our character's Dad — voiced by my fellow Northern Irishman, Ballymena's favorite son, Liam Neeson! — anticipates the main object of the game, of which more later. He recites Revelation 21:6, embroidered in a dark thread by hands long-forgotten and set in a sturdy frame. 'It was your mother's favorite passage,' explains Dad.

I am Alpha and Omega, the beginning and the end. I will give unto him that is athirst of the fountain of the water of life freely.

Sadly, Neeson has not yet released a cover-to-cover voiceover of the King James Version. (Shucks.) I would happily pay good money to hear him read the Psalms! Anyway, a reader planted in the Christian tradition, particularly the Reformed tradition of interpreting scripture with other scripture (Westminster Confession 1.9), would recognize this verse as a reference to everlasting life in Christ. An obvious cross-reference is Jesus and the Samaritan Woman at the well in John 4. Based on the prima facie similarities between the water metaphors in John's Revelation and in his Gospel, we can assume that they deal with the same water of salvation.

But in a world where Christian tradition is no more, a naturalistic reading of Revelation 21 prevails, one stripped of any supernatural reference. How the verse connects to the game's plot eventually becomes clear. You see, Dad is a scientist. And his pet project is to repair a water purifier situated in the Jefferson Memorial, which will clean up the Capital Wasteland's irradiated rivers and lakes. 'Remember the Bible passage your mother loved so much? Free, clean water for everyone. What a difference it could make in the lives of everyone here in the Wastes.' Those outside the underground vaults have been struggling to find any potable water, so Dad has come up with a plan to save them. Essentially, Dad recycles Revelation 21:6 as his mission statement without retaining its original theology.

Perhaps a better-known demythologiser of the Bible than Dad from Fallout 3 was the late John Shelby Spong, Bishop Emeritus of Newark, whose death at the age of 90 was a big story this year in Christian circles. There is very little in Spong's thought with which I agree. But reading the obituaries that flowed after the news of his death reveals a formidable mind and a gentle character. 'To his dying day he remained one whose light shone in , many corridors,' remembers one eulogist, 'His kind and compassionate spirit uplifted many hearts.' The man was a prolific writer. And in his final book, Unbelievable (2018), he summarises his outlook on the main Christian doctrines.

His thesis is that, in order for the Church to survive, 'a radical theological reformation is essential to a Christian future' (283). 'I do not want to go back to that world of traditional religion. I live rather in time and space,' the Bishop asserts, 'where there is not, nor can there ever be, something that might be called a "timeless creed" or a set of beliefs that might endure forever (284). If in Fallout 3, Christian tradition was nuked out of existence, Unbelievable detonates a theological bomb under the Christian creeds. Whereas the Council of Nicaea took it as read that we can affirm some tentative truths about God, this is far from Spong's position. 'I cannot tell you who God is or what God is.' And what's more, 'That is not within the capability of any human mind' (285). Ostensibly, then, studying tradition is no good if knowledge of God is what we seek.

Where does this conviction of Spong's lead in terms of reading the Bible? To naturalistic interpretation à la Dad from Fallout 3. Or maybe à la Velma from Scooby-Doo. 'I'm sure there's a perfectly logical explanation for this.' One instance pertains to the Virgin Birth of Jesus. 'The existence of egg cells containing genes from the woman would not be confirmed by Western science until many centuries later,' the Right Reverend reasons, 'When that insight was confirmed, all virgin birth stories ceased to be biological possibilities' (116). Consider, also, Spong's approach to the miracles of Christ. 'These miracle stories were interpretative symbols, not biblical happenings' (152). And one more for the road, his quite silly reading of Genesis 3. 'Was this serpent a phallic symbol, depicting sexual desire and fear simultaneously?' (95). In the name of distancing himself as far as possible from traditional Christianity, Spong will not allow anything to be supernatural.

And on he goes for a few hundred pages. When the Bishop (God rest him) has romped through every significant tenet of the faith, pulling down everything that might offend Isaac Newton or Charles Darwin, there is precious little remaining. It's like a throwback to the New Atheism of the early 2000s. Remember those days? A point for every sacred cow that you can tip over? Whether Spong enjoyed this or felt it was his pastoral duty in some way is his affair. As for me, there have to be specific bedrock ideas in any system of thought, ones which are simply given. That's what the Nicene Creed is for. When I was reflecting on this, I stumbled across the very pertinent Jude 3. (That is, Jude v. 3; Jude only has one chapter.)

Beloved, when I gave all diligence to write unto you of the common salvation, it was needful for me to write unto you, and exhort you that ye should earnestly contend for the faith which was once delivered unto the saints.

Apart from being delighted finally to learn where that phrase, 'the faith once delivered to the saints,' comes from, I'm glad that I can put some biblical clout behind what I've been saying. Once delivered, it's the faith, not an Amazon parcel you keep sending back until you get a better one. But when faced with radical thinkers like Spong, it's easy to feel theologically lazy for taking a more conservative stance. As though standing by traditional doctrine was somehow cheating. Universities are to blame for teaching this mindset. In the U.K., we get handed a list of success criteria for coursework assignments. At the top of this is innovation, 'Clear evidence of the independence of thought and originality.' Contending what has already been saying isn't enough, even in your own words.

It strikes me that having first principles and working assumptions about what is true have become a thought-crime. But how would we move through life at all without assumptions? I'm partial to McDonald's drive-through. When I go for a takeaway, I operate on the principle that if I want a cheeseburger and fries, I have to make certain sounds in front of the intercom. (Steady on, you.) Then, having conveyed my order to the kitchen, a cheeseburger and fries will be waiting on the other end. As if by magic. Yet a militant atheist — or a liberal bishop, for that matter — may well cross-examine your traditional, assumption-based Christianity, demanding rational evidence. Is there a double standard at work here?

Another verse to ponder is 2 Thessalonians 2:15, 'Therefore, brethren, stand fast, and hold the traditions which ye have been taught, whether by word, or our epistle.' You don't have to be a fundamentalist firebrand — like another Ballymena big-shot, Iain Paisley — to have strong convictions. It's possible to be a person of quiet assurance. What I'm advocating is very modest indeed, a sense of loyalty to the core claims of Christianity found in the creeds. Because throwing away the Christian heritage of our forebears is like the Prodigal Son blowing his inheritance on drunken hookups. In this connection, the subtitle of Spong's Unbelievable is telling, Why Neither Ancient Creeds Nor the Reformation Can Produce a Living Faith Today.

Again, what is left of Christianity when we push Luther and Athanasius out of the picture? A dead faith, and hardly enough to bury. Dad's innocent appropriation of St. John is endearing. Spong should know better; a living faith is one true to St. Paul's instruction in 2 Thessalonians. To bring in some local wisdom, we Northern Irish have a saying, 'It's better to be looking at it than looking for it.' Usually, it's heard when someone is deciding whether to bring a raincoat or not. You can tell that some soggy soul came by this mantra through bitter experience! It applies to religion too. Better looking at an existing tradition of theological riches than looking for one to replace what you gave up.

They say nature abhors a vacuum. If Church isn't about theology, it has to be about something else. Politics is the obvious replacement. And everyone hates hearing politics from the pulpit. So the best way to revitalize the faith might be to return to basics. When a sermon goes on for half an hour without including a thing from the Nicene Creed, is it a Christian sermon? We do not inhabit, thank God, a Fallout-style dystopia with no means of accessing the great theologians. These are our conversation partners. Apply the original Gospel, then, as understood for centuries, to new situations and with assistance from these pilgrim souls of yesterday. That's enough to keep the best of minds busy for a lifetime. 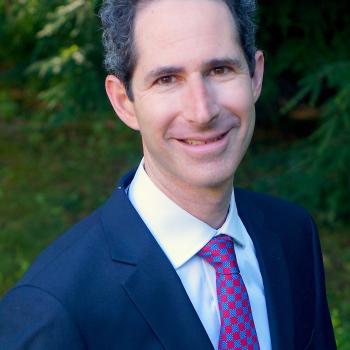 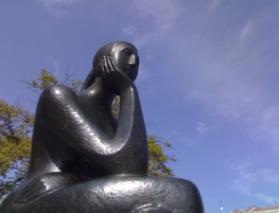