Finding Spiritual Connection from the Roots Up

Finding Spiritual Connection from the Roots Up September 7, 2018 Lyn Thurman

I’ve always been intrigued by belief systems, which made me an odd duck growing up with atheists. I love that there are as many ways to find the Divine as there are people.  Every path, even within the boundaries of traditional religions, is unique to the person walking it.

As I’m heading towards embracing the crone stage of my life, I have come to believe that many people, including some who define themselves as pagan and witches, don’t see that spirituality is built from the ground up. 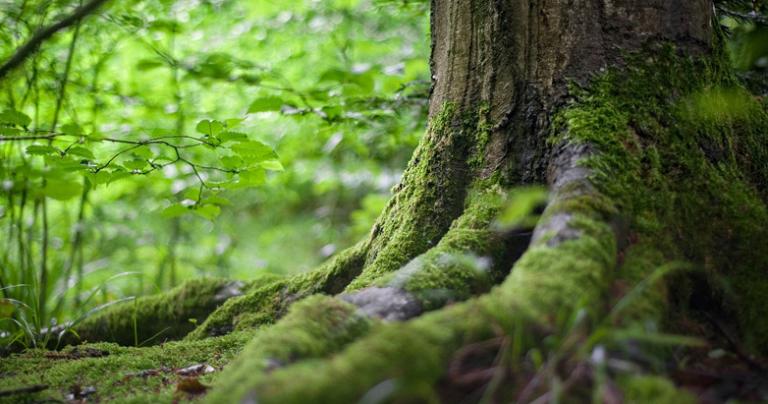 I’ve watched ‘New Age’ people and newbies to the Craft strive to open the crown chakra while ignoring the decline of the root.

I’ve been asked advice on situations with answers that lie in the physical realm but not considered because it wasn’t what they wanted to hear (“but Lyn, surely it is a negative entity causing my heartache and not that my relationship is in trouble/ my son is on drugs/ I’m in the wrong job” etc.).

I’ve seen people asking for ‘downloads’ from spirit and then do nothing with the information received or worst still, just waiting and waiting for them ‘upstairs’ to speak to the them before moving on with life.

There’s nothing wrong with seeking a connection to a higher power but it isn’t all ‘above’ when we are all very much living ‘below’.

As modern society, we are disconnected from the Earth.  We only have to look around to see the neglect and destruction we inflict on the planet and that mirrors back onto ourselves.  We’re lost, seeking something greater but afraid to look at the possibility that spirituality is meant to come from the root up.

To be the best versions of ourselves means having a strong foundation.  We need to take care of our bodies and we need to feel secure in our lives (having a roofs over our heads, food in our bellies and at least enough money to cover the bills).  This is where spirituality begins and without it, you will find it very difficult to maintain a deep, higher spiritual connection.

When I first started to seriously explore my path, I bought into the stereotype of a spiritual person being otherworldly. But over the years, I find true spiritual connection in everyday existence.  My spiritual connection is what I eat, it’s how I earn a living, it’s how I exercise, it’s who I spend time with and it’s how I pray.  I used to think that when people described me as ‘down to earth’ or ‘grounded’ they were somehow taking away from me as a spiritually-inclined person. Now I take the compliment.

Once we wake up and begin celebrating our earthly existence, the world cannot not change.  We’ll find happiness and contentment, perhaps the bickering between ourselves and our propensity to destroy will go too.  So rather than reach for the stars, start with the roots and let’s see what crazy, beautiful changes can take place. 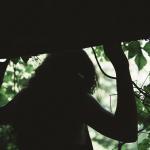 August 31, 2018
Facing the Shadow-Sister to Find the Light
Next Post 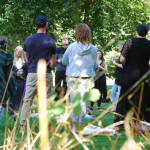 September 14, 2018 The Beauty of Witchcraft
Recent Comments
2 Comments | Leave a Comment
Browse Our Archives
get the latest from
Pagan
Sign up for our newsletter
POPULAR AT PATHEOS Pagan
1

The 20 Best Books On The...
For Puck’s Sake
Related posts from Away with the Witch!