Chuhaister: Spirit of the Ukrainian Forest 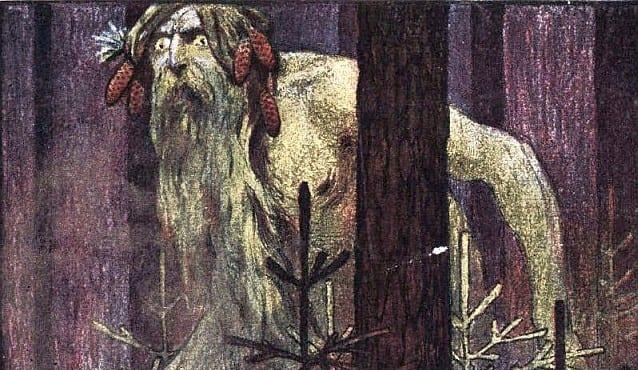 Spirit of the Carpathian Mountains

Imagine walking through a dense wood in the Carpathian mountains; a place where few people go and where bears, lynx, and wolves make their home. The forest is dark and moist and you hear unseen animals call to each other in the distance. Then, suddenly, you see a large hairy creature in the thick undergrowth. Was it a bear? Was it Bigfoot? What you are encountering is much more magical than even the elusive Sasquatch. You have been fortunate enough to meet Chuhaister, the grandfather of the woods.

Chuhaister (Чуга́йстер – pronounced “choo-HI-stur”) is the spirit of the Carpathian mountain forest. Chuhaister is both the protector of the woods and the spirit of the forest. He goes by many nicknames, including Forest Man (Lisovyi cholovik) and Forest Grandfather (Lisovyi did), but always he is seen as a benevolent giant. He is as tall as the pine trees; an old man with blue eyes and long hair who is either dressed in white or naked with a body covered in hair. He roams his domain of the forest, protecting the trees and plants, the animals, and, if they are respectful, the people of the forest: hunters, foragers, and woodsmen.

There is a belief that Chuhaister was once a normal man who was bewitched, gaining immortality but being required to guard the woods. Some say that there are many Chuhaisters who are brothers, but most believe that he is a single spirit wandering throughout the forests.

His shaggy hair draws up a lot of comparisons with other wild beings of the forest like the hairy Yeti or Sasquatch but he is much more human than animal. And although one could say that he is a cousin to the Greek Pan and the Celtic Cernunnos, he has his own unique characteristics that set him apart.

Although Chuhaister is large enough and strong enough to uproot trees with his bare hands, he is gentle and kind. While his brothers, the Russian forest spirits called Leshy, are often depicted as hostile and dangerous to humans, Chuhaister is a cheerful and friendly fellow. When you encounter him in the forest, he may play a tune on a flute for you, break out in song, or  invite you to dance.

He is no pushover, however. His spirited dancing allows him to transform himself into a whirlwind. Those who refuse to cavort with him may get knocked over, but those who dance along with him, and dance with him well, will often receive gifts and blessings for their efforts.

Like the true shapeshifter that he is, not only can Chuhaister turn into a whirlwind, he can also take other forms as well. One legend describes him as having one leg, which would equate him with a primordial snake spirit and connect him with the lower world in the Slavic Tree of Life. 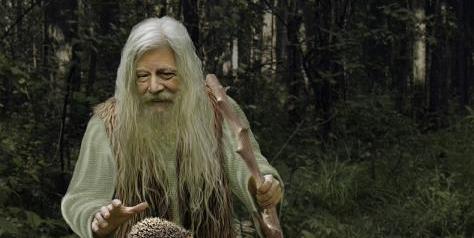 Although he may be found in the woods during any season, like many forest creatures, he may prove to be a little elusive. However, there are ways that you can draw him out and let him know that you’d like to meet him.

If you’re in danger from an animal or trickster spirit, you can thump on a tree three times and Chuhaister will come and rescue you. However, if you just want to meet with him for a song and a dance, whistle or call out in the forest and he may turn up to play with you. It may be exceptionally worthwhile to meet him as he has been known to give the gift of exceptional talent, instantly teach you a new skill, or be able to foresee your future so that you might work things to your advantage.

Like all spirits, he is immortal and cannot be harmed by man or beast, and his work is to protect the forest and all who work and dwell there. People who depend on the forest for their livelihood will leave some bread and salt, the Ukrainian symbol of hospitality, up in the branches of a tree, high enough for this giant man to reach. If their gift is gone when they return back to the spot, they know that Chuhaister has eaten their offering and will protect them from any harmful or trickster spirits in the forest, as well as warn them about bears and other forest predators who might attack.

Like all genius loci, Chuhaister truly is the spirit of the Carpathian forest, but spirits are not bound by the laws of the material world, so wherever you are, you can honor this beautiful gentle spirit. Go to a wooded area, whistle or sing and let the Chuhaister know you are there and then leave a loaf of bread high up in the branches of a tree. Ask for his protection and blessing and perhaps you might see a gentle, hairy giant who would like nothing more than to frolic with you.

About Madame Pamita
Madame Pamita is a half-Ukrainian half-Celtic witch rediscovering and reclaiming her Slavic magic roots. She is a tarot reader, spellcaster, teacher, author, and shop owner. She is the author of The Book of Candle Magic (Llewellyn) and Madame Pamita's Magical Tarot (Weiser). She is the host of a popular YouTube Channel, a podcast called Magic and the Law of Attraction, and her Live Magic Q&A Tea Party that takes place every Sunday. She is also the proprietress of an online spiritual apothecary, The Parlour of Wonders, and lives in Los Angeles, California. You can read more about the author here.
Previous Post

May 4, 2020
Rusalky: The Mysterious Mermaids of Abundance
Next Post 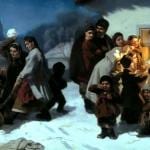 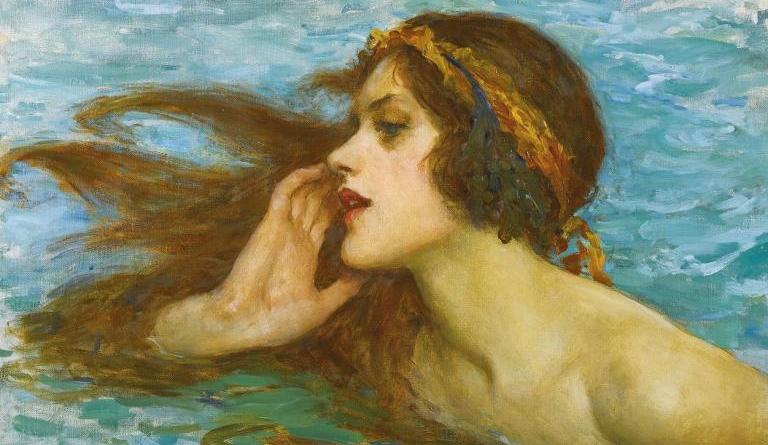 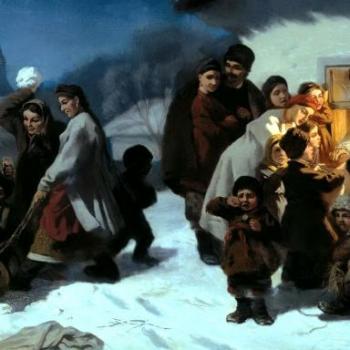 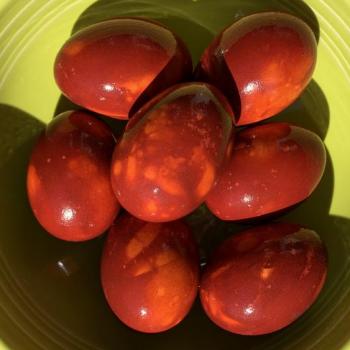