My Complicated Relationship with Ostara, Easter, and Basil

I have a complicated relationship with Ostara and Easter, which is why I planted basil on Ostara in hopes that it will sprout by Easter. I’ll be harvesting it sometime around Pagan Spirit Gathering, which also ties into this story.

The first complicated relationship I have is with Ostara. Five years ago I worked in a health food business owned by someone with borderline personality disorder. I was the assistant manager of the company, getting paid just slightly more than minimum wage. Most of my work consisted of managing the owners erratic emotions and navigating her dramatic relationships and affairs. Needless to say, I hated every moment of it.

Why didn’t I just apply for a different job? I did. But I was also dealing with health problems that sapped me of energy and I flunked interviews, if I even managed to get to them. I was stuck and I was desperate. The manager of the company felt the same and suggested the two of us start a business. What kind of business? Didn’t matter to him, just something of our own that didn’t require the management of borderline drama.

The job I’d had before was at a small chocolate factory. That’s where I met my partner, Mead, and the two of us learned how to make gourmet chocolate from whole beans. The manager had the skills to start a business, and my partner and I had the skills to make a delicious product. We decided to give it a shot.

We developed a business plan, researched funding, and experimented with ingredients. We bought jungle grown cacao beans from all over the world and sampled them all in one sitting (I’ve never since experience such a chocolate high and crash). Then finally, our first batch of chocolate was ready in March of 2011. Now all we needed was a name for our company. My partner looked at the calendar we had bought at a new age store and noticed the date. It said “Ostara” on it.

“What does Ostara mean?” he asked. None of us knew. “Sounds kind of cool,” my business partner said. “Let’s google it,” I replied. We read the Wikipedia page for Ostara and decided it would make a cool name. “Isn’t it associated with Witchcraft, though? That could scare off customers,” one of us objected. But we didn’t come up with anything better and the name stuck. (I cringe now, of course, at the lackadaisical attitude I had toward the name of a deity and religious holidays).

I also liked the symbolism. New beginnings, spring, fresh start, a goddess no one knew much about, an appeal to our new age customers but also some ties to Easter… We registered the name, got our business license, and succeeded in getting loans. I had become the founder of a food business, Ostara Foods.

For a while, things went very well. We sold products at Whole Foods and other stores. It was a lot of work and I often pulled 70+ hour work weeks, but we were making progress. Then I became a Pagan and learned more about Ostara, and tried to infuse more spiritual elements into my business.

But my business partner and I were pulling in opposite directions. As our workload increased, conflicts between us intensified, and we both resented the level of stress Ostara Foods was bringing into our lives. Eventually I wished I had never started the business. We hired a mediator and reached an agreement to sell the company. Today, Ostara Foods continues under new ownership while my former business partner and I have gone separate ways.

Today I sometimes see a product from my former business on an altar at an Ostara celebration. It brings up so many mixed feelings and it has flavored the holiday for me. It’s hard to focus on balance and equinox, when all I can think of is the long and complicated history I have with the name Ostara.

I realize that one of the reasons I started the business was to hide behind a product. I’d always known that if I wasn’t marketing a business, I’d have to be out there in the world, living, breathing, and teaching religion again. I wanted to be done with religion. So I started a food business – and named it after a Pagan goddess and holiday.

I also have a complicated relationship with Easter. I’ve been on a journey of alternating between integrating Christian elements and rejecting them. Some elements I reject more firmly as time goes by, like the authority of the Bible, or certain Christian sexual ethics. Others, however, need to be reclaimed. This year, Easter seems to be on that list, but I don’t yet know what this integration will look like. I no longer believe in the story, not in a literal sense, but I am drawn to some of the customs. I’m thinking of attending an Easter celebration at a progressive church, and I don’t know what to expect.

This integration of my past into the present seems endless, the coming together and separating of Christian and Pagan elements an eternal dance. I’ve often wished it were more simple than that and I could just leave the past behind and start over. It’s how I used to think of being “born again”, a wiping clean of the slate, rather than a process integration. Instead, I chose to embrace the complexity of a blended path, one that is firmly rooted in the past and moves within liminal spaces.

This year Ostara snuck up on me, quietly and quickly. It feels like I was at a Brigid ritual just last week. I missed all the Ostara egg hunts last weekend as well as the Reclaiming rituals. I did, however, plant seeds at a Solar Cross ritual. We had three packets of seeds to choose from, California poppies, thyme, and basil. I chose basil for its fragrance, its intensity, and its stubbornness. I once tended a basil plant that grew in the crack between walkway and curb near my apartment. It fared better than any of the basil plants I’ve cultivated in pots.

I planted basil seeds at Ostara and I hope they will sprout by Easter. It reminds me of my complicated relationship with Ostara and Easter, because my blended path has a unique flavor. It’s a flavor many will hate. Christians tell me I am going to hell for practicing Witchcraft, and Pagans tell me I am not Pagan enough because I don’t reject everything related to Christianity. It is, however, most authentically me.

I am looking forward to watching my pungent basil grow during Beltane, and I hope to cook with its leaves before the summer solstice. I’ll be in Illinois this summer, at Pagan Spirit Gathering, presenting at the Pagan Leadership Institute. My proposal for a workshop, “Circling With Jesus?”, was accepted. There’s no turning back for me now. I’m celebrating Ostara this year, and Easter, and the growing of my basil plant. 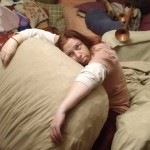 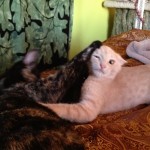 April 8, 2016 God Can Be A Narcissistic Sadist
Recent Comments
0 | Leave a Comment
"Greatwrite-up explaining the essence of Faerieworlds. I LOVE the vibe of these smallertransformational festivals. Faerieworldsis ..."
Karmic Wear Faerieworlds 2015
"Prove it."
SylveeyDawn Christian Prophecies For A Witch
"This is so true. So very, very true.I had minor surgery last month and recovering ..."
Secret Blue Coming To Terms With Burnout
"No, they dont...."
Bill Christian Prophecies For A Witch
Browse Our Archives
get the latest from
Pagan
Sign up for our newsletter
POPULAR AT PATHEOS Pagan
1 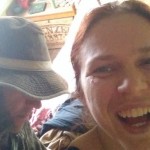 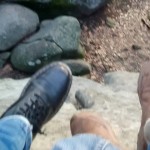 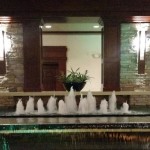