Dealing With Your Hurt From Your Pastor’s Moral Failure

Dealing With Your Hurt From Your Pastor’s Moral Failure October 2, 2020 Guest Contributor

Do you remember the first time in your life that someone you looked up to as a spiritual leader had a moral failure?

I was a freshman in college at Liberty University studying for the pastorate.

I had gone to chapel to hear a great preacher/teacher expound upon the Word of God. The speaker was such a passionate speaker who knew the Word of God so well, that it inspired me to memorize Scripture and to seek to know God like him.

As soon as chapel was over, I rushed to the library to pray, read my bible, and begin to memorize Scripture so I could know Scripture like he did. Before that day was over, I had read over 50 chapters in my Bible and had memorized over 60 verses.

Not long after that, I learned as did many others, that the man who had inspired me was a fake. He had made up the childhood story of his life to sensationalize his life. He was a fraud and later was found out to not only have had one moral failure but many in his lifetime.

I wish I could say that this only happened to me once in my 49 years of life and 25 years in the ministry, but sadly, I have had close pastor friends and spiritual heroes, that I have looked up to, over the years who have let me down and caused me great pain and confusion.

I am sure you have too.

It seems like in these days there are so many pastors having moral failures that we can’t even keep up with it.

If you are anything like me, when these sorts of things happen to you, it shakes your faith, causes you to wonder, and plummets you into a combination of hurt, questions, doubt, and anger.

It arouses questions in the depth of your being like…was their influence and inspiration just a lie? Was that not God who used him or her to inspire me to become who He has created me to be?

I have heard some say that when their pastor fell morally that it was like their own wife or husband failing morally. It hurt them that deeply and wounded them in their faith that deeply.

We live in a world today where it is difficult to find people we can trust and depend on as an example to follow. Yeah, we all have clay feet and we all have weak moments and make poor choices, but it seems like moral failure in leaders is on the rise. When one of our leaders fall it creates a deep sense of distrust, sorrow, confusion, and questions that can lead to anger or worse It can cause us to wonder, if what and who we believe in, Jesus, is even real and worth it.

How could we be so duped by someone so close to us? How could we look up to someone for so many years only to find out they were a fraud?

How could we be so naïve?

Maybe sin is just that powerful.

Unfortunately, the New Testament does not give us an example of a spiritual leader who had a sexual moral failure, but the Old Testament does.

Would you like God and the Bible to say that about you?

What does it mean to be a man after God’s own heart?

David had done just that.

But David eventually found himself drifting in a direction that was the opposite of God. The Bible says that at the time when kings go to war, David stayed home. (2 Samuel 11:1) Was he burned out? Was he prideful? Was he tired of fighting God’s battles and wanted to enjoy himself a little?

David went out on his balcony, saw a very beautiful woman bathing, called for her, slept with her, and she became pregnant. (1 Samuel 11:2-5)

What was he to do now as the King of Israel? He had a reputation to uphold. He called for her husband, but he turned out to be a better man than David and wouldn’t be with his own wife while his comrades were at war. David became desperate and sent him back with instructions that would eventually be fatal for Uriah.

And if this wasn’t bad enough, he hid it and lived with the secret until Nathan the prophet confronted him.

We know from the story that David suffered greatly for the rest of his life due to his indiscretion. The Bible tells us so…

2 Samuel 12:11 Thus says the Lord, ‘Behold, I will raise up evil against you out of your own house. And I will take your wives before your eyes and give them to your neighbor, and he shall lie with your wives in the sight of this sun.12 For you did it secretly, but I will do this thing before all Israel and before the sun.’”

We know David suffered for his sin, but we also know others did as well. Why? Because we who have been in close relationship with pastors who have fallen have felt a residual brokenness in us as well. A brokenness that lingers and even haunts us and hunts us years after our heroes have fallen. It is a residual that can be down-right paralyzing to your faith and your willingness to trust someone again like you once trusted them.

So, how do we deal with the hurt and pain that fallen pastors and spiritual leaders have caused us?

First, realize that any man or woman of God can fall if they drift far enough.

This is not just true of some; it is true of all. No one in David’s day loved God more than him. But he drifted. Sin presented him an opportunity. He took it. And like sin does, it took David further than he wanted to go, kept him longer than he wanted to stay, and cost him more than he wanted to pay. No matter how strong our relationship is with God, it will never make us full proof against sin. We still have to choose God over sin regardless of how godly we become. David proved this.

Second, realize that what they believe and taught you about faith in Jesus is still true even if they stopped living it.

The Bible tells us that the wages of sin is always death in some way. (Romans 6:23)

Remember that the devastation of their sin’s impact on you is proof that what they taught you is true.

Third, at some point, you have to forgive them.

If you don’t forgive them for their sin and what it did to you, they will eventually become your excuse for falling back in your own faith. If this happens, you will grow lukewarm in your faith and eventually engage in a life of sin yourself. I know it is hard to believe, but I have felt the temptation in my own life due to others I looked up to falling. And yes, I have watched it play out in other’s lives as well.

Regardless of how consistently our leaders live their faith, if they fall, we have to forgive them or otherwise we will in some way eventually join them.

Forth, seek to restore them to the faith if possible.

This won’t be easy, and they may not let you or have any interest in you helping them since they were once your mentor or influencer. But you should at least try, if nothing else let them know through maybe a handwritten note or spoken word to them that you are praying for them and for their restoration.

And last, don’t stop looking for role models in the faith (regardless of your age), even though some have disappointed you or let you down.

As we age it is easy to fall into the trap, “I don’t want to have someone to influence me or look to because they will just disappoint me, again.” Yeah, they may, but in the meantime, God will use them to influence you for Him as well. I don’t pretend to understand how God has used scores of now fallen leaders to make me the man of God I am today, but it is true.

And I live each day knowing, because of their example, that I will not reach an age or a maturity in the faith where my faith eliminates my desire to sin. It is a day by day, sometimes minute by minute journey of making the next right decision in the face of great temptation. I pray that you and I can forgive those who have wounded us, pray for their healing and restoration, and keep looking for people of the faith to inspire us to become the men and women He has created us to be.

What they taught you and I about Jesus is still worth it.

Let’s ask Jesus to heal us from the hurt they caused us, so He can stop the cycle of hurt with us and use us to influence others for His glory and their good.

Jesus said, “Your worth it.”

Can you say the same of Jesus…” Jesus your worth it. I will forgive them, let go of the hurt they have caused me, and hang on to the good they taught me about you for your glory and others good to continue through me in Jesus name.”

That’s the most important thing!

Don’t let the sin of your fallen heroes kill your desire to keep living for Jesus.

Take the good and let go of the bad, so you can keep living for Jesus, the one you were created to live for in the first place.

And rest assured, there is one who will never let you down, and his name is…JESUS!

General Christian
Gen Z is Looking For Religion, But Not...
Christians in General 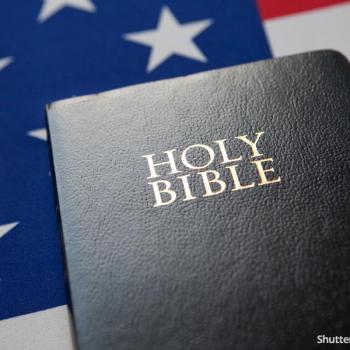 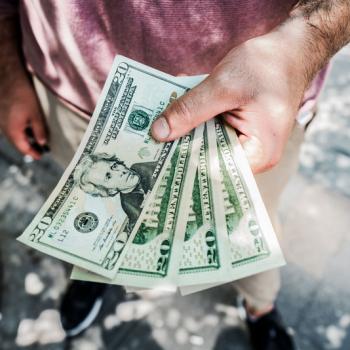 General Christian
UBI – The Promise and Peril of Universal...
Christians in General

Dealing With Your Hurt From Your Pastor’s Moral...
Written by Pastor Kelly Do you remember the first time in your...
view all General Christian blogs
Copyright 2008-2020, Patheos. All rights reserved.