Sermon Illustration: Using the Bible to Illustrate the Bible

Sermon Illustration: Using the Bible to Illustrate the Bible May 4, 2018 Matt Pearson

Often the preacher doesn’t have to go very far to find an illustration for his sermon. In fact, he may not even have to leave his seat. Many times, the illustration he needs is right under his nose, in the same book he is studying.

At the end of John’s Gospel (John 21:20-23), Peter seeks to compare himself to John. He wants to know what life will look like for the “beloved disciple” (John). In other words, he wants to compare what Jesus said about Peter (John 21:Â 18-19) to what is going to happen to John. Jesus, of course, doesn’t answer. In essence, Jesus tells Peter to mind his own business. It can make for a great sermon/study on the trap of comparing ourselves to others. The whole point seems to be that Jesus never asks us to be anyone else or to do what others are doing. Jesus calls us to follow Him and be the human He created us to be and is re-creating us into.

An illustration that works here is the story of David and Goliath (1 Samuel 17). Pay close attention to what happens before David encounters the giant (See 1 Samuel 17:38-40). David tries to put on Saul’s armor. It doesn’t fit. It doesn’t work. David isn’t able to be himself against the Philistine enemy.

David isn’t able to be himself against the Philistine enemy, that is,Â until he goes to battle as himself.

When David tried to be someone others wanted him to be (put on Saul’s armor), it didn’t work. When he gave himself permission to be who he really was, the man God made him to be, it worked. Victory.

In my opinion, that is fantastic illustration of the point John makes in his Gospel when Peter tries to be someone he’sÂ not.

What are some ways you have used the Bible to illustrate the Bible? 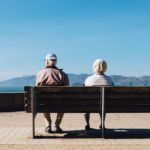 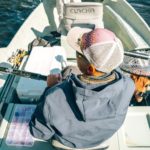 May 8, 2018 No Self-Guided Life Tours
Recent Comments
0 | Leave a Comment
Browse Our Archives
get the latest updates from
Churched
and the Patheos
Evangelical
Channel
POPULAR AT PATHEOS Evangelical
1

How the Loss of Family &...
Cranach
Related posts from Churched 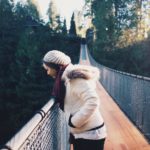 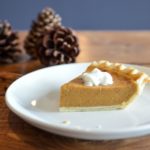 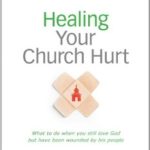