Listening in the Space Between (Mike Loretto)

Listening in the Space Between (Mike Loretto) June 30, 2020 Cara Meredith

Well friends, it’s treat-of-treat time today. Not only am I delighted with the overall topic – liminal space, which is one of my faves – but I’m delighted with today’s writer, Mike Loretto. Mike and Sarah (his wife) are some of our favorite humans on earth, so enjoy his wisdom-filled words, insight and invitation today. Proceeds from today’s post go to RAICES.

You’re swinging from rope to rope. Your breath quickens as you come to a place where the next one is further away than you hoped it would be. You won’t be able to grab it without first letting go of the line you’re already holding. You’re going to have to fly through the air, unsupported, and trust that you’ll catch hold of that next rope. How does it feel to imagine letting go? How does it feel to be floating in the space between?

That space between is what we might call a “liminal space,” and it’s a concept I’ve been fascinated by since I wrote my big final college paper on liminal spaces in literature. The word “liminal” comes from the Latin root limen, which means “threshold.” A liminal space is where change happens – you’re on the threshold of a new era, a new order, a new identity. You’ve left behind the old, but you’re not yet in the new. You’ve let go of one rope, but haven’t grabbed the next one yet. You’re in the space between.

I’ve personally been traversing what feels like a massive liminal space:

Last November, my wife Sarah and I left the San Francisco Bay Area (our home for 14 years), sold almost all of our stuff, and hit the road in a travel trailer. We knew generally that we wanted to find a place to land near the ocean, but had no idea exactly where that would be.

I also left my job and the career path I’d followed since my early twenties, not knowing exactly what I would be doing next to pay the bills. Sarah’s been recovering from a traumatic brain injury for 2 ½ years. She’s still improving, but we don’t yet know what her new normal will look like. And in the midst of all of it, old ways of approaching my faith and spirituality slowly began to feel like clothes that didn’t fit, and I had to ask what could be shed and what new garments I could try on.

Lots of ropes swinging behind, not much immediately within grasp.

It feels like our country, too, is in one gigantic liminal space. COVID-19 has changed our lives. We won’t be going back to the way things were before, but we don’t yet know what a healthy, thriving society looks like in this new era. On top of that, many people who look like me are finally waking up to what our Black sisters and brothers have been trying to tell us for years, centuries: our country is not as fair, safe, or good to them as it ought to be. The way we’ve approached policing and incarceration (among many, many other things) is broken and needs to be left behind. This is such a novel and shocking thought for some of us that we’re thrown into a bit of a panic: “But how would we stay safe without the kind of policing we’re used to?”

Liminal spaces can be incredibly disorienting. Old things are dying. Things that gave us meaning and identity and security are going away. And nothing new has fully arrived yet to take the place of the old. We often don’t know how to function in these spaces. Questions come up: “Who am I if I’m not what I used to be?” “Do I have what it takes to thrive in whatever’s coming next?” “Can we trust that what’s coming next is good?”

I’m finding that the gift of the space between is the forced opportunity to sit with questions and listen. It’s so tempting to want to hold on to what’s past or rush to what’s next. Anything but being present to discomfort and uncertainty! But once we’ve let go of what we thought we knew – and if we don’t too quickly grab onto some new plan, some new orthodoxy – we come into the rare place of humility where we can actually hear and learn. To listen to voices we didn’t make room for in the past. To experience being held and loved even when we’re not sure what’s holding and loving us. To trust that something good is coming next if we can let go of what needs to fall away.

Will you join me in the transformative adventure of listening here in the space between? Can we have enough patience, enough faith, enough courage to do the inward spiritual work here and now that leads to a better world in the future?

Mike Loretto (FB, IG, Twitter, LI) is a musician (@truesdellmusic on FB, IG, and Twitter), a full-time RV-dweller (those adventures here on IG), and a spiritual life coach who is passionate about how spirituality shapes our lives. He is especially interested in walking with people whose whose spirituality is in transition, working to provide a safe, non-judgmental, grounded presence in that liminal space. He’ll be continuing a blog series about the “space between” at mikelorettocoaching.com and will be leading a 6-week group coaching experience beginning July 21st around that same theme.

General Christian
Learning to Listen with Love
Coloring Outside the Lines

General Christian
Journeying Towards Truth, Even if We Disagree (Paul...
Coloring Outside the Lines 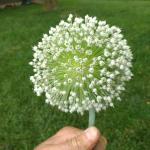 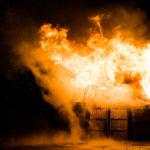 Getting Your House in Order: 5 Financial Tips...
God calls His followers to be good stewards of what he’s given...
view all General Christian blogs
What Are Your Thoughts?leave a comment
Copyright 2008-2021, Patheos. All rights reserved.